A major water main break flooded several streets in Lowell Monday evening, leading to the evacuation and rescue of residents.

The Lowell Police Department received a report of a water main break in the area of Father Morissette Boulevard by Suffolk Street shortly before 3:30 p.m., deputy superintendent Mark LeBlanc told Boston.com. Officers arrived on scene to find an “active and substantial flow of water in the area,” he said.

The Massachusetts Emergency Management Agency responded to the scene to assist local first responders. The agency also called in the Salvation Army Emergency Disaster Services to help more than 80 residents sheltering in a senior center.

As of 8:40 p.m. Monday evening, crews were working to locate the water main break as officers evacuate affected residents. Those efforts remain ongoing.

Some of the flooding submerged entire vehicles, and caused drastic measures for residents. Video footage from WCVB depicts people being rescued from a home on Race Street by a crew on an inflatable boat.

Several apartment complexes were evacuated as a result of the flooding, including Archambault Towers and 192-unit City View Towers, which houses senior and disabled Lowell residents.

Deputy Fire Chief Bob Destrempe told the Boston Herald that the water entered basement of City View Towers, causing issues with the building’s electrical system. National Grid responded to shut off the power, he said, and firefighter crews went to each floor to evacuate residents.

“Extensive manpower was needed for this operation,” he told the Herald. “Everybody got out safe. Nobody got hurt. Everybody has been calm and it’s been very orderly.”

The City of Lowell’s Water Utility unit warned residents that they may experience issues with their water during the ongoing repairs, including discoloration and low water pressure. They advised residents to run their cold water for approximately 10 minutes until the discoloration clears. 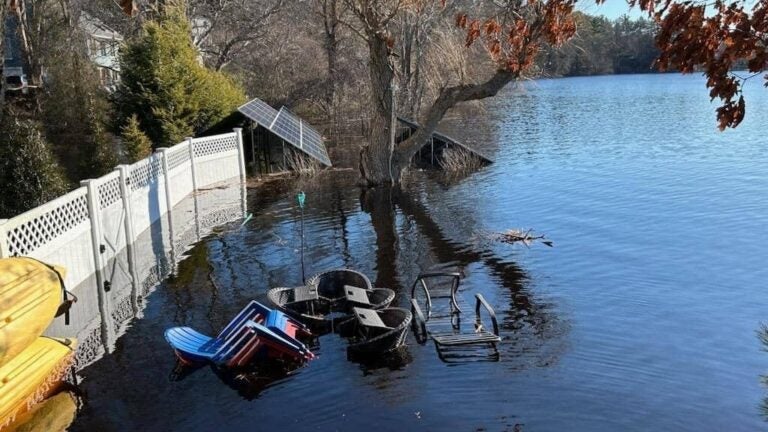