A six-week-old puppy infected with a deadly disease was found on Saratoga Street in East Boston Monday evening.

The MSPCA rescued the puppy, named Tuesday, after Boston Animal Control reached out for help. Tuesday was diagnosed with Parvovirus, a potentially fatal canine disease that attacks rapidly developing cells in puppies, such as those in the GI tract and bone marrow.

The disease is especially dangerous in young dogs, with an 80% mortality rate. However, the disease can be avoided altogether with vaccination, the MSPCA said.

“Tuesday was very likely not vaccinated against parvo,” Mike Keiley, director of adoption centers and programs at the MSPCA-Angell, said in a statement. “We are pulling out all the stops to get him well and assuming he recovers, we’ll ensure he’s fully inoculated before placing him into an adoptive home.”

Tuesday is currently in the intensive care ward at the Angell Animal Medical Center and remains stable, according to Keiley.

The MSPCA said it will provide social media updates on Tuesday’s condition. You can donate to help Tuesday and other animals like him here. 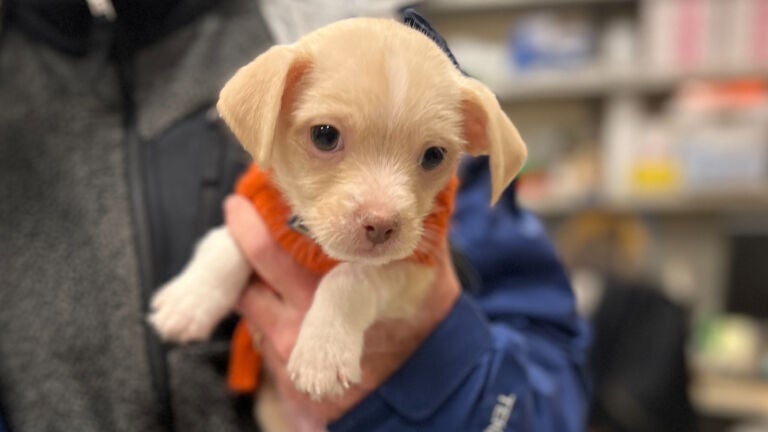 ‘Tuesday’ the East Boston stray is looking for a home