A bylaw amendment that will allow all people to be topless on Nantucket beaches regardless of gender has been approved by Attorney General Maura Healey.

The determination, addressed to Town Clerk Nancy Holmes, amends the town’s Protection of Coastal Areas and Open Spaces bylaws to add: “In order to promote equality for all persons, any person shall be allowed to go topless on any public or private beach within the Town of Nantucket.”

Current state law dictates that only men can be barechested in public — if women do the same, they can face a penalty of up to three years in prison and a fine of up to $300, provided that a complaint is filed with the police department.

In May, Nantucket residents voted in favor of the “Gender Equality on Beaches” bylaw amendment, or Article 71, which would allow anyone to go topless on any town beach. The attorney general based her ruling on the town majority and consistency with state law.

“We discern no conflict between the vote and the Constitution or laws of the Commonwealth,” the attorney general’s office wrote of the decision.

In her letter, Healey describes the amendment as a general bylaw that does not take effect unless the town has satisfied appropriate posting and publishing requirements. The bylaw will go into effect on the same day those statutory duties are fulfilled. Healey did not provide a specific deadline in her determination.

According to Nantucket’s Town Meeting website, the board recommended a phased implementation of the bylaw, and notes the measure is specific to beaches, not their surrounding areas.

The bylaw amendment was proposed by seventh-generation Nantucketer Dorothy Stover. She told the Cape Cod Times in February that she hopes the amendment helps beachgoers feel less insecure about their bodies.

“I’m not saying that everybody has to be topless,” Stover said. “I want to support the love of the body.”

Healey’s determination also acknowledges the opposition, stating that the AG’s office received “numerous communications” from citizens challenging Article 71 based on policy: “While we cannot base our decision on the policy arguments they raise, the letters have helped inform our understanding of the issue and its importance to the Town. We emphasize that our approval in no way implies any agreement or disagreement with any policy views that may have led to the passage of the by-law.”

In June, 74% of Boston.com readers said they would visit a topless Nantucket beach. Many poll respondents agreed with the reasoning that both men and women should be legally allowed to be barechested.

“I don’t see it as a problem at all. The beaches are already topless, for men. Why is the same right for women not permitted if they wish? Plenty of men choose to wear a shirt, or not, on a beach,” said Gwen K. from Brighton. “Women should be able to exercise the same privilege. Any novelty would be short-lived.” 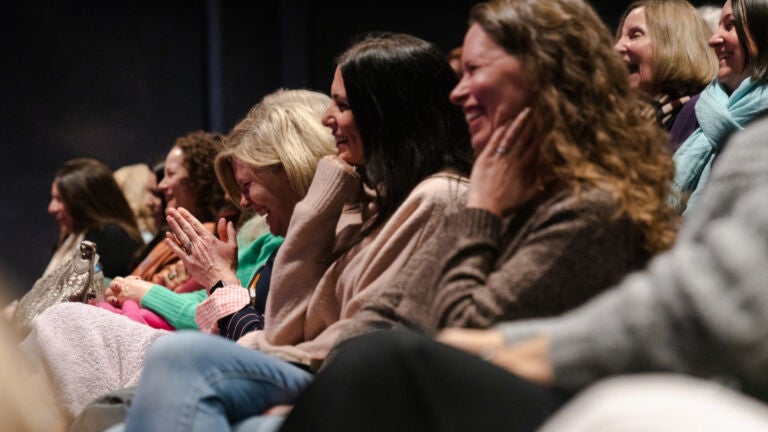