When WBZ news anchors toss to their reporter up in the ‘BZ Copter, they’ll be tossing to the same person, but with a different name. 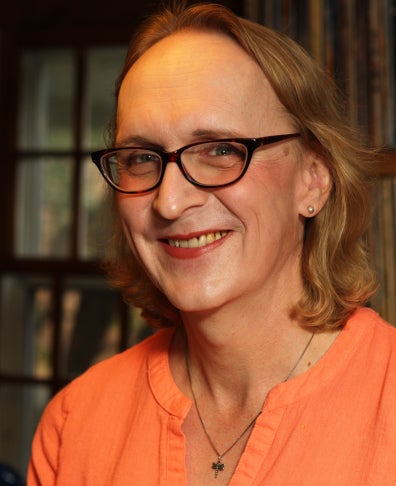 Scott Eck, a Boston traffic reporter for the past 19 years, will now be known as Kristen Eck. CBSBoston reported Wednesday that Eck has been transitioning her gender over the past year.

“This has been a journey of sorts that I’ve been on for the last 40 years of my life,” Eck told WBZ. “It was when I was about 5 years old that something clicked in my head and I realized that I was different from most of the other kids around me. There was something from deep within me that said, ‘this isn’t my body,’ or this isn’t the body that I’m supposed to have. I felt very genuinely and very deeply that I was supposed to be a girl.”

Eck said she hopes to have sex reassignment surgery in a year, and tells viewers not to expect to hear any change in her familiar voice. With her story now public, Eck told WBZ this is the happiest and healthiest she’s ever been.