Schilling has signed a contract to join the Howie Carr Radio Network, the company launched by its eponymous founder two years ago after he left his job at WRKO. Carr, the longtime regional conservative talk firebrand and Boston Herald columnist, now syndicates his self-owned show with 26 radio stations across New England, including WRKO, according to Howie Carr Radio Network operations manager Jared Goodell. Schilling’s Saturday morning show will be the first new program on the network.

Schilling’s show will air from 9 a.m. to noon and will be streamed online at curtschillingshow.com starting this Saturday. Goodell said the network is in the process of seeking affiliates to broadcast the show over the air. One station, WFEA in Manchester, New Hampshire, has signed on since the show was announced Wednesday morning, said Goodell, who previously hosted a WFEA show. WFEA did not immediately respond to a request for comment.

Goodell described the program as a current events show that could feature talk about presidential politics, New England politics, and more.

“That could include, by the way, sports,” he said.

In recent weeks Schilling has publicly considered a 2018 run for U.S. Senate against Elizabeth Warren, marking the second time he has flirted with a Senate run since retiring from baseball. Goodell said it’s too soon to say whether a Schilling run would lead him to drop the program.

“He’s going to continue to consider that as an option. I don’t think we can comment on whether or not he’s going to do it,” Goodell said. “If he does it, that could have an effect on the show, but at this point it’s just a discussion.”

Schilling was imported into New England in 2004, acquired as a veteran pitcher to help lead the Red Sox to their first World Series in 86 years. He retired in 2009 after winning two titles with the team, including a 2004 championship that saw Schilling pitch through an ankle injury and earn borderline deification among Red Sox fans.

But he has courted controversy since. In 2010, Schilling’s startup video game, 38 Studios, moved from Massachusetts to Rhode Island, enticed by a $75 million government funding package that was supposed to be paid back by the company. (Schilling often blames the government for ultimately only offering $49 million.) The company went bankrupt within two years, leaving the state on the hook for the money. Schilling’s favorability rating in Rhode Island as of 2013 was 9 percent.

Schilling is no stranger to working in media. Following the collapse of the company, Schilling became a baseball analyst at ESPN. However, he lost that job in May after violating company protocols barring employees from posting about politics on social media.

The final straw saw Schilling post a meme to Facebook suggesting people who support transgender people’s right to use the bathroom they identify with are enabling pedophiles and adding a comment saying: “A man is a man no matter what they call themselves.”

He was fired after the post, which came amid the national debate over transgender bathroom rights inspired by a North Carolina law that requires people to use public restrooms that correspond to their birth certificate. Schilling had previously been suspended by ESPN for a Facebook post comparing Muslim extremists to Nazis.

Schilling has grown more outspoken on social media since leaving ESPN, regularly referring to Democrats as “Demokkkrats,” railing against Hillary Clinton, and supporting Donald Trump for president. Goodell said Schilling will have a much longer leash than he did at ESPN.

“We pride ourselves on being a network that has a very strong conservative listenership base … and we really feel that conservative base of listeners wants an unfiltered conversation,” he said. “He will have the ability to speak his mind, we encourage him to speak his mind. I don’t think that’s going to be an issue.” 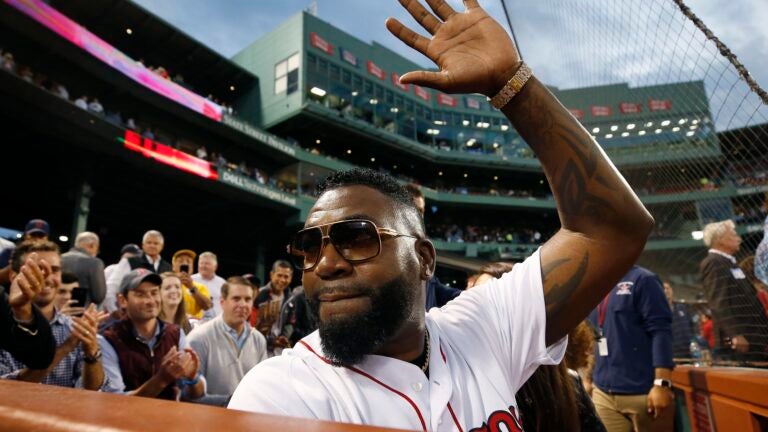