The investigation is in response to a complaint lodged last week by Wendy Walsh, formerly a regular guest on Fox News’ ‘‘The O’Reilly Factor’’ show.

‘‘21st Century Fox investigates all complaints and we have asked the law firm Paul, Weiss to continue assisting the company in these serious matters,’’ the company said in a statement.

As part of the probe, Walsh and her lawyer, Lisa Bloom, had a two-hour phone interview with four Fox News lawyers Monday afternoon, Bloom said.

At a news conference last week, Bloom had detailed allegations against O’Reilly by Walsh, a psychologist and radio host.

Bloom said O’Reilly had told Walsh he would recommend her for a paid contributor role on the network. Walsh and O’Reilly had dinner in Los Angeles in 2013, but when Walsh refused his invitation to go back to his hotel room, his attitude changed and she was soon dropped from the show, according to Walsh.

Bloom’s pronouncements came on the heels of a report by The New York Times that five women had been paid $13 million to settle allegations of sexual harassment or other inappropriate conduct by the top-rated host.

O’Reilly has denied all the allegations, saying that, as a prominent public figure, he is vulnerable to lawsuits from people who threaten to cause him bad publicity unless they get paid.

Walsh said she came forward because she was told by a Times reporter that many of the women who have accused O’Reilly of harassment are bound by gag orders. She said she is not bound by any such agreement, and the statute of limitations for suing has run out.

‘‘Nobody can silence me, because my voice is not for sale,’’ she said.

Long Fox News’ top-rated star, O’Reilly has seen his ratings rise even higher during the past year with the public’s heightened interest in politics. Independent studies show he generates more than $100 million in advertising revenue per year for TV’s top-rated cable news network.

But in the past week, dozens of brands have said they’re pulling ads from ‘‘The O’Reilly Factor’’ because of the allegations.

The O’Reilly uproar has reignited a problem Fox had hoped to contain after forcing out Fox News’ founding boss Roger Ailes last summer in the wake of allegations of sexual harassment against him.

Even so, The Wall Street Journal reported last week that Fox renewed O’Reilly’s contract, which was due to expire at the end of the year, while fully aware of the accusations, which stretch back more than a decade. 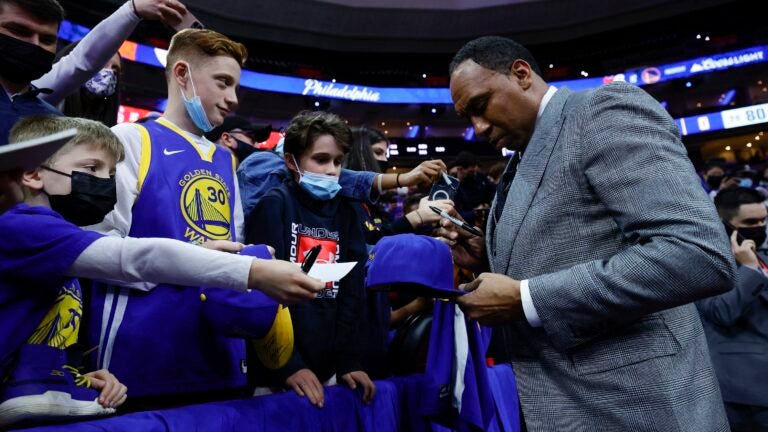 How Chris Russo and Stephen A. Smith actually made a sports-debate show enjoyable