There isn’t a newspaper in the world that hasn’t at some point printed a typo, but the Kennebec Journal‘s front-page mistake Wednesday generated a few more responses than most. 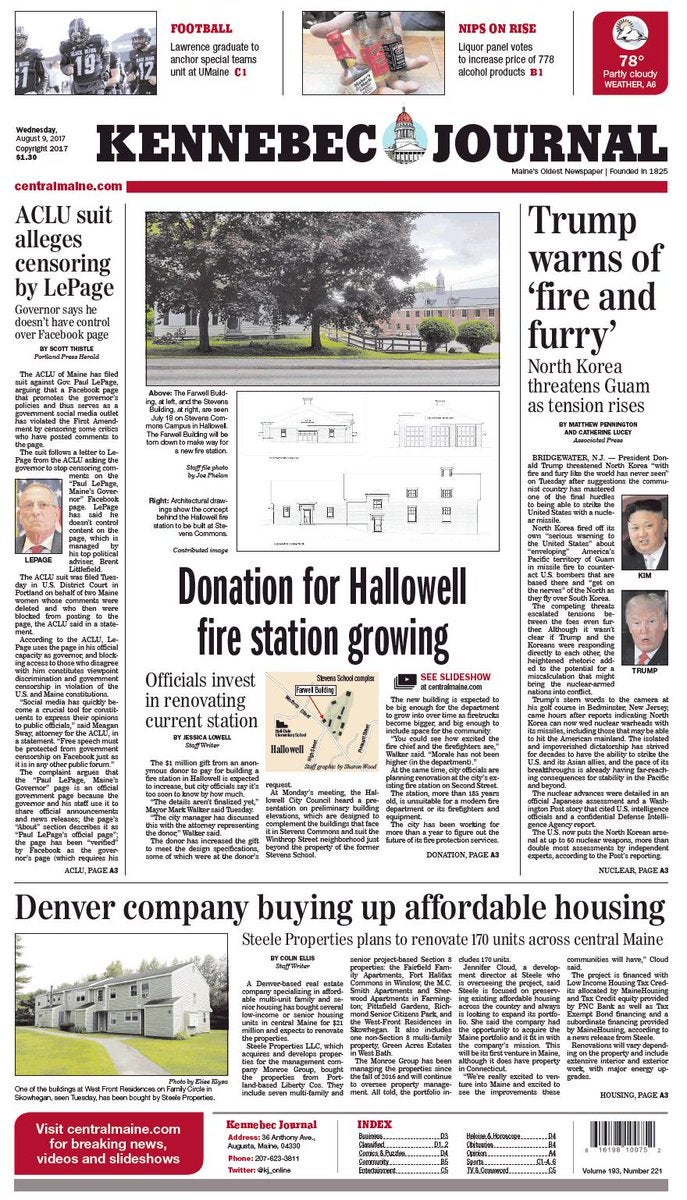 In a statement provided Thursday, Journal city editor Susan Cover said the paper was “mortified by the error.”

“Our normally rigorous headline-proofing protocols broke down,” the statement said. “We’re reviewing them now to prevent this from happening in the future.”

The typo, of course, was noticed by more than a few readers. On social media, the responses ranged from jokes to commentary on the state of the print media industry (particularly in the age of copy desk cutbacks).

The copy editors at the Kennebec Journal have an innovative solution to the North Korea problem. pic.twitter.com/0UN3AINSRw

If it’s any consolation to the Journal, the idea of a war being between North Korea and United States waged with furry animals — rather than nuclear weapons — is a bit more comforting.