NEW YORK (AP) — CNN’s Don Lemon said Thursday that he “misspoke” the night before in an attempt to make a broader point when he claimed that Fox News Channel did not report on White House communications director Hope Hicks’ resignation.

Turned out that Fox had, several times — every hour from when the story broke after 4 p.m. through midnight. It did not get the wall-to-wall attention it received on CNN and MSNBC, however.

Lemon tweeted out a correction on Thursday afternoon. “I should have been more specific,” he wrote.

FYI.. Last night, in an attempt to make a broader point about Fox News prime time I misspoke. I should have been more specific.

Things have been testy between CNN and Fox lately. Fox aired segments last week questioning whether CNN had scripted questions in its town hall on gun control. But when the father of a Florida school shooting survivor told The Associated Press that he had omitted words in an email sent to media outlets that may have falsely given that impression, Fox’s Tucker Carlson and Sean Hannity corrected the record.

Lemon, during a discussion of the Hicks story on his show Wednesday, said he’d been watching news networks in his office and that “Trump TV, or state-run TV” was not even reporting the story. Trump supporters who watch Fox aren’t even aware of negative stories about the administration, he said.

To that claim, Fox White House correspondent John Roberts tweeted in response: “Whaaaaaaaa????” He later detailed the times he had reported it on the air.

The most extensive discussion in the evening was on Martha MacCallum’s show. Hannity offered Hicks some career advice: “She can work at the Fox News Channel, she’s good,” he said.

Fox said it had requested Lemon make an on-air correction.

Lemon’s broader point about the lack of time Fox spends on stories damaging to Trump may have been influenced by a report that the liberal media watchdog Media Matters for America had issued Wednesday. Media Matters wrote about the lack of coverage Fox’s prime-time shows gave to stories about Trump son-in-law Jared Kushner, including his lack of a full security clearance at the White House. 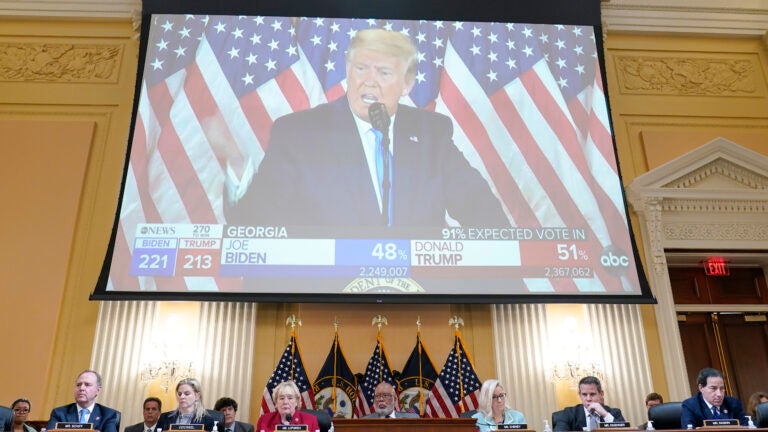