Tom Ashbrook, the former host of the National Public Radio show “On Point,” kicked off a new media project at the end of July that has him back in a recording booth.

Ashbrook announced the new series of online interviews he calls “Conversations,” which are posted on the website ashbrookinterviews.com, with a tweet on July 31.

“Hi,” the former radio host wrote. “I’ve been talking with a few people about this moment and our world. Nothing fancy, but check it out if you’re interested. Just glad to be alive. Respect to all.”

Hi. I’ve been talking with a few people about this moment and our world. Nothing fancy, but check it out if you’re interested. Just glad to be alive. Respect to all. -Tomhttps://t.co/Svb2uFcAoW

On the website, the project is described as follows on the “About” page:

Ashbrook was fired from his position as host of the WBUR-produced “On Point” in February after a third-party investigation initiated by Boston University found that he created an “abusive work environment” on the show.

He said in a statement at the time that he was “deeply disappointed” by the university’s decision, calling it “profoundly unfair both to me and the listeners who have been such a part of On Point.” Months later, in an op-ed for The Boston Globe, the former public radio host apologized and asked whether he might get a second chance.

“Is there room for redemption and rebirth, in our time of Google trails and hashtag headlines?” he wrote. “I hope so. The work that Boston and the country supported all these years is more important than ever. Is there a way back? Can we talk some more, Boston? I promise this time to listen as respectfully off the air as on. I want to make Boston proud again.”

WBUR announced in July that Meghna Chakrabarti and David Folkenflik would take over as the new hosts for “On Point” starting the week of Aug. 20. 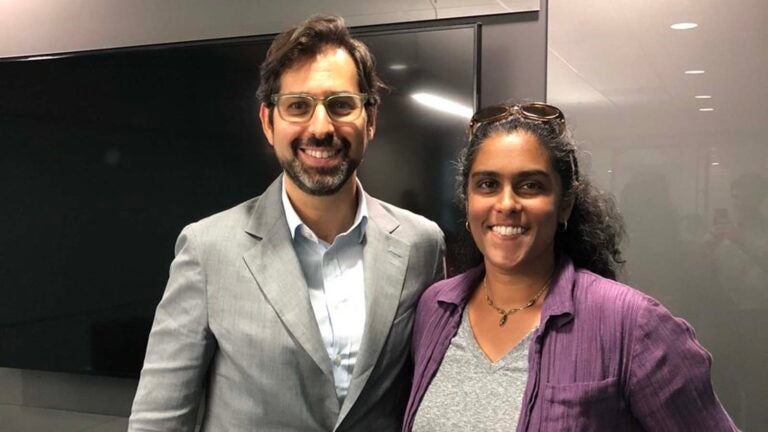