In “FDT,” his hit song with rapper YG, Nipsey Hussle made his feelings clear about Donald Trump. In the music video for one of the most popular protest anthems of 2016, Hussle walked the streets of Crenshaw in South Los Angeles with throngs of friends, fans and neighbors flashing expletive-laden signs disparaging the then-Republican candidate.

One day after a memorial service for the 33-year-old rap star and community activist who was shot to death in that same part of the city, Fox News host Laura Ingraham zeroed in on that song to offer her own laughter-filled analysis of his legacy last week. Referring to Hussle ironically as “this dear artist,” she showed a clip of the “FDT” video and focused on the song’s chorus, which disparages Trump with an expletive – “a very creative refrain,” she noted.

“So, the chorus it goes on and on. Is that related to the lowest unemployment ever basically for African Americans?” she asked on Friday.

Here’s Laura Ingraham mocking a murder victim, just hours after he was laid to rest, because he opposed Trump 3 years ago. (Also, the man rapping in that video is YG, a person who is not Nipsey Hussle.) For shame.pic.twitter.com/02iBYdr5wo

Now, Snoop Dogg, T.I., The Game and other notable hip-hop and R&B artists are calling on Fox to fire Ingraham for her “disrespect” of the slain rapper. The artists shared clips of the Hussle segment on their Instagram accounts, drawing millions of views and mounting support for their campaign against Ingraham, who faces yet another public pushback for comments made on-air.

Los Angeles-based rapper The Game helped start the move with an Instagram post on Sunday, warning Fox News to either dismiss Ingraham, whom he referred to with an offensive word for women, “or you will lose millions of viewers one person at a time until it drastically effects your ratings.”

“We are NO LONGER laying quiet while you continuously disrespect our brother, culture African Americans as a whole,” The Game wrote on Sunday. As of early Tuesday, his video has been viewed nearly 3 million times. “I will use my platform & call on my peers to do the same. Nips passing nor his legacy is to be taken lightly as there will be consequences for any disrespect now or in the future as long as I have a voice!!!”

His post got the attention of Snoop Dogg, who spoke at Hussle’s memorial service.

On Sunday, T.I. joined the chorus with his own Instagram post, writing that the segment featuring Ingraham and Fox News contributor Raymond Arroyo was “Disgusting,” and calling them “vile despicable, poor excuses for people.” The clip he shared has nearly 1.5 million views.

“My expectations have already decreased so much for mankind in the past couple weeks that this hardly surprised me . . . especially from @foxnews,” T.I. wrote. He added, “Neither of you WILL EVER know or experience the level of love, appreciation and respect that Nip has . . . EVEN IN DEATH!!! So let that sizzle in ya lil hateful, demonic spirits.”

R&B artist Tank had a different idea in mind for getting back at Ingraham, sharing a petition for Fox to fire her. As of early Tuesday morning, the petition on iPetitions has more than 33,000 signatures.

Fox News did not return a request for comment on Monday. Ingraham didn’t acknowledge the criticism on her Monday night show.

The Friday segment also featured Ingraham and Arroyo laughing at how Louis Farrakhan, leader of the Nation of Islam, flubbed the rapper’s name at his memorial, calling him Nipsey Russell, the comedian whose name Hussle adapted growing up. (Hussle was born Ermias Joseph Asghedom.) They showed a clip of Russell on the television show “Match Game” and chuckled over some highlights of the comedian’s career.

“I have to say, after that, I love Nipsey Russell,” said Arroyo, enunciating the last name to make it clear he was not referring to Hussle. “Nipsey Hussle, eh, may he rest in peace.”

The online push over Ingraham’s Hussle segment marks the third time in the last 14 months the Fox News personality has faced a public pressure campaign. In February 2018, she responded to a video from NBA stars LeBron James and Kevin Durant, in which James said that Trump doesn’t “give a f— about the people,” by telling them to “shut up and dribble,” sparking condemnation from athletes and critics alike. The next month, she said that Parkland shooting survivor David Hogg “whines” about his college applications being rejected, which started a swift boycott from advertisers. (Ingraham apologized the following day.)

“FDT” came out of nowhere in 2016 to become a surprise summer hit for YG and Hussle. The Los Angeles Times called it “the most prophetic, wrathful and unifying protest song of 2016.” YG told Rolling Stone that the song’s release even resulted in the Secret Service calling his record label to censor some incendiary lines directed toward Trump. YG said some lines with Trump’s name were eventually pulled out, but that the edited parts maintained the same message. To date, the song’s music video has more than 22 million views on YouTube.

Hussle’s disagreements with Trump and his policies were genuine, he said in a 2016 interview with Billboard. He saw the large number of Mexican fans at his shows and wanted to show his support, he said.

“Honestly, that was one of the things that really turned me off to Trump, aside from me having an assertion that he was just a privileged rich dude that got an out-of-touch view of the world,” Hussle said. “That made me [feel] like dude is definitely out of his mind and our country sounding crazy for even taking him as a legitimate candidate. It says something about the American people if he do actually get elected.” 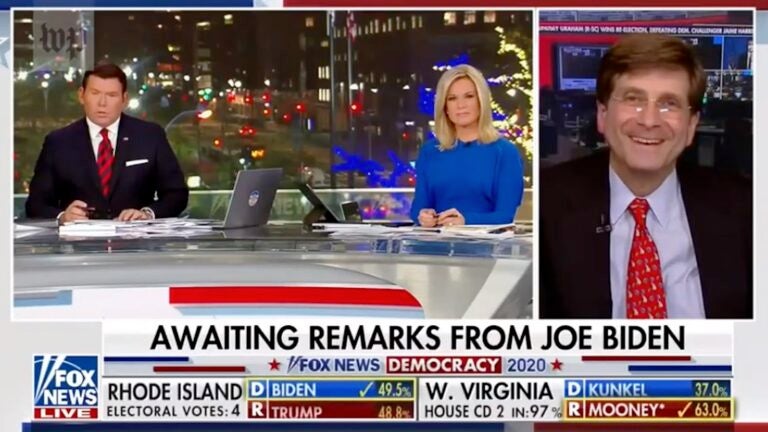