Joe Curtatone’s feud with Barstool Sports is headed to court.

The Somerville mayor announced Monday afternoon that he had filed a civil lawsuit against podcaster Kirk Minihane and his new employer, Barstool, after the former WEEI radio host recorded a telephone interview with him while pretending to be a Boston Globe columnist.

The lawsuit, which was filed Monday in Middlesex Superior Court in Woburn and posted online by Curtatone’s campaign, cites a Massachusetts state law against recording an individual without his or her consent. Curtatone says the lawsuit is not for “personal gain” and he plans to donate any damages awarded from the suit to RESPOND, an anti-domestic violence nonprofit in Somerville.

“This is a simple case of holding Minihane and Barstool accountable for their deceptive and illegal behavior,” Curtatone said in a statement.

The 52-year-old Democrat and lifelong Somerville resident has repeatedly used his platform to denounce Barstool and its founder, Dave Portnoy — who started the New York-based sports media empire in the Boston suburb of Milton — for catering, sometimes crudely, to a white male audience and fomenting harassment of its critics. Most recently, he joined critics of the Boston Bruins’ decision to partner with Barstool to provide yellow rally towels during Game 2 of the Stanley Cup Final.

“As a fairly rabid sports fan one of the more regrettable things I’ve seen is the attempt to disguise misogyny, racism & general right wing lunacy under a ‘sports’ heading,” Curtatone tweeted late last month. “Our sports teams & local sports fans need to push back to stress that’s not us.”

Less than a week later, Minihane called Curtatone while pretending to be Globe columnist Kevin Cullen to press the mayor on that criticism, pushing him to provide specific examples of misogyny and racism. Curtatone cited the online abuse of several Boston Herald reporters by Barstool fans in the wake of so-called Towelgate, which he said Portnoy countenanced.

According to the lawsuit, Minihane called his office pretending to be Cullen to set up the interview, impersonated Cullen’s voice, and obtained Curtatone’s consent to record the call “through fraud” since the mayor believed he was talking to someone else. At no point during the 18-minute interview — which Barstool posted on its website on June 6 — did Minihane reveal his actual identity.

“It’s a clear violation of Massachusetts General Law, which forbids audio recording a person without his/her consent, and you can’t obtain that consent through fraudulent means,” Curtatone said Monday.

“Barstool flaunts its lack of respect for most things, but it needs to respect the laws that govern the business it conducts,” added the mayor, who has a history of unapologetically speaking out for his progressive ideals.

Meanwhile, on Twitter, Portnoy and Minihane reveled in the timing of the lawsuit, which Curtatone announced less than two hours after the release of Minihane’s first podcast episode with Barstool. Mostly, they mocked Curtatone and the legitimacy of the lawsuit.

“What were the damages?” Portnoy tweeted at Curtatone. “You look like a bumbling idiot? Everybody already knows that.”

“Legally, all I can say is I am looking at a countersuit. For $500 billion,” Minihane joked.

Curtatone is requesting that his lawsuit be heard by a jury. Read the full complaint below: 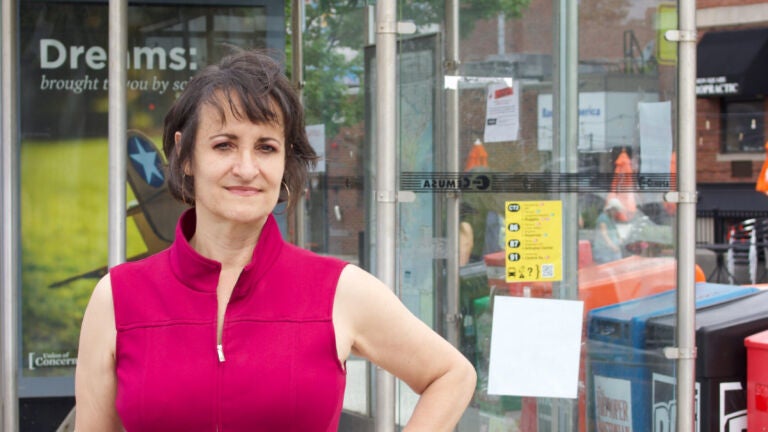