MAD magazine, the once-subversive humor publication that helped redefine American satire and influenced a half-century of comedians and comic artists, will soon disappear from the newsstand. And after October, it will cease being the fresh creative force that it was across seven decades.

“Age hits everybody: It hits magazines, it hits the movies, it hits technology,” MAD cartoonist Sergio Aragones told The Washington Post on Thursday. “It’s been a logical development.”

MAD magazine hit a peak of more than 2 million subscribers in the early ’70s, when it memorably satirized shifting social mores and cultural attitudes. Emblematic of that era – when MAD flexed the most pop-culture muscle as a powerhouse of fresh irreverence – was a Watergate-era send-up of President Richard Nixon and Vice President Spiro Agnew in a “big con” spoof of the hit Oscar-winning movie “The Sting.”

I am profoundly sad to hear that after 67 years, MAD Magazine is ceasing publication. I can’t begin to describe the impact it had on me as a young kid – it’s pretty much the reason I turned out weird. Goodbye to one of the all-time greatest American institutions. #ThanksMAD pic.twitter.com/01Ya4htdSR

But commercial pressures had changed since the ’90s. To try to survive in more recent years, as circulation dwindled precipitously, the magazine owned by Warner Bros.’ DC division shifted to a quarterly publishing schedule and moved its offices from New York to the Los Angeles area. Now, the MAD brand will mostly endure by simply recirculating its classic vintage material, living on through the appeal of what it once was.

“We have influenced or entertained a great many people who are now grown and introduced it to their children,” another renowned MAD cartoonist, Al Jaffee, told The Post on Thursday. “It’s mostly nostalgia now.”

MAD will begin disappearing from newsstands, though it will remain available to subscribers and through comic shops. After this fall, the magazine will produce no new content, except for the end-of-year specials. All issues after that will be republished content culled from 67 years of publication, and MAD will continue to publish books and special collections, multiple sources told The Post. DC declined a request for comment.

“Of course we all knew this was coming,” veteran MAD artist Tom Richmond wrote on his blog Thursday. “Last week, DC laid off one art director and three of the four remaining editors. Not too many magazines can keep publishing without any staff.”

RIP Mad Magazine. Truly a sad day. We need it now more than ever! pic.twitter.com/uh8i1Dttz2

“MAD had an incalculable influence on satire, comedy in general, and the humor of the entire planet,” wrote Richmond, adding that it “regularly featured some of the greatest cartoonists who ever lived like Harvey Kurtzman, Jack Davis, Mort Drucker, Wally Wood, Will Elder, Al Jaffee, Sergio Aragones, Don Martin, Paul Coker … too many to list, really.”

“From Kurtzman to (Al) Feldstein to (Nick) Meglin to (John) Ficarra, each editor brought their own talent,” Aragones said of the leadership that spanned most of the magazine’s history since its founding in 1952, when mainstream outlets for subversive humor were far less common.

“What made it great was the writers and the artists – it was an incredible group – and the team was special. because of the trust between editors and the talent,” added Aragones, 82, whose work has appeared in nearly every issue since 1962.

Comedy titans such as Stephen Colbert and Judd Apatow have written in MAD collections about how the magazine inspired them in their formative years. And “Weird Al” Yankovic and CNN’s Jake Tapper have served as guest editors and guest contributors.

“I like to think that what I do is sort of the audio version of MAD magazine,” Yankovic told The Post in 2015. “I certainly went beyond MAD magazine to discover Spike Jones and Stan Freberg and Tom Lehrer, but it all started with MAD – that kind of irreverent humor that hadn’t been explored.”

“I can’t begin to describe the impact it had on me as a young kid,” Yankovic tweeted Thursday in saying farewell to “one of the all-time greatest American institutions.”

“It was like living a childhood dream,” said the New York-based Jaffee, 98, who created the standing back-page “Fold-In” feature soon after he was hired by Kurtzman in the ’50s, as well as “Snappy Answers to Stupid Questions.” “It’s been a long hobby.”

MAD was long guided by Bill Gaines, who died in 1992. “Once Bill died …,” Richmond wrote, “the slow but unstoppable taking over by the suits began.”

Some veterans of the magazine say that in a certain way, MAD was a victim of its own influential success.

“Its smart satire and irreverent and self-deprecating humor spawned entire generations of humorists who brought those sensibilities to books, film, TV and eventually the internet,” Richmond told The Post. “New generations then received their satirical influences from these new-media stars, not knowing where the source came from. Even up until the end, MAD was doing sharp satirical work, but ultimately audiences were elsewhere.”

Aragones agreed that the quality has remained strong, “The changes weren’t MAD’s fault,” he said by phone from Ojai, California. “MAD was always a primer for humor for kids, who always found something in it.”

That truth bucks the old joke about MAD. In the magazine’s early years, the editors published a Letter From the Editor with the gag that the primordial MAD already wasn’t as good as Issue No. 1.

“MAD speaks to the times,” Ficarra told The Post in 2014. “For each reader, MAD was funniest when they first discovered it.”

Meanwhile, MAD’s iconic mascot continued to be Alfred E. Neuman, the freckled and gap-toothed, “What, Me Worry?” slacker – even if his recognition declined with younger generations. When President Trump mockingly referred to Democratic presidential candidate Pete Buttigieg as Alfred E. Neuman in May, the reference seemed to hit a generational dividing line. “I’ll be honest. I had to Google that,” Buttigieg, 37, said by way of comeback.

Yet the best of MAD stands as some of the greatest American satire ever, including fake ads and recurring features like “Spy vs. Spy,” as well as film and TV takeoffs that were often appreciated by the Hollywood talents they spoofed.

And the magazine endured because of its truthful approach to satire, Aragones said. “MAD always criticized with humor, politically and socially – and honesty.” 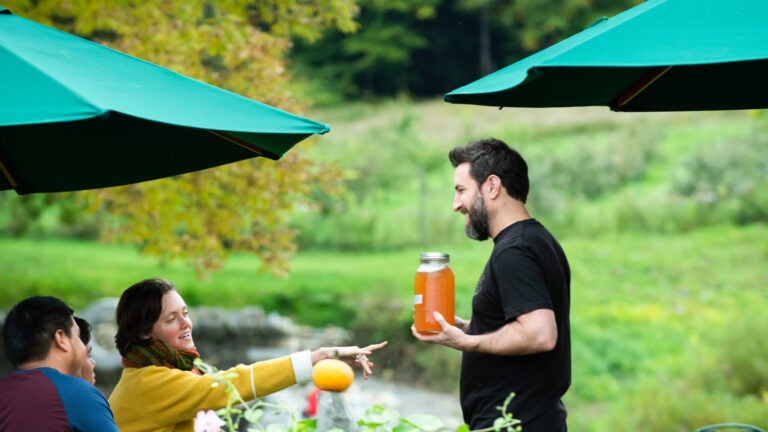 Yankee Magazine’s Mel Allen on publishing during a pandemic, and the New England specialty he can’t live without