A profanity-laced video surfaced Monday night showing CNN anchor Chris Cuomo threatening to throw a man down the stairs for calling him “Fredo,” referring to the fictional character Fredo Corleone from “The Godfather” films.

But the core of the backlash centered on one claim from Cuomo: that calling an Italian person “Fredo” was comparable to using the n-word – an assertion that had many Italian Americans scratching their heads and other critics calling Cuomo out of bounds.

“Are any of you Italian?” Cuomo asked the group of men involved in the confrontation. “It’s an insult to your people. … It’s like the n-word for us.”

On Monday night, CNN also said it stood by the host.

“Chris Cuomo defended himself when he was verbally attacked with the use of an ethnic slur in an orchestrated setup,” CNN spokesman Matt Dornic said in a statement on Twitter. “We completely support him.”

The video, which blew up after being published on a right-wing YouTube channel called “THAT’S THE POINT with Brandon,” captures Cuomo growing agitated and ultimately threatening violence after an unidentified man approaches him and apparently calls him “Fredo.” The host of the channel, Brandon Recor, told The Washington Post that the video was captured at a bar in Shelter Island, New York, on Sunday and sent to him by the man in the confrontation, who went up to Cuomo to ask for a picture.

The confrontation appeared to escalate after the man refused to back off from his “Fredo” comment, insisting he didn’t mean to insult Cuomo. The man tells Cuomo mockingly, just after the CNN host compared “Fredo” to the n-word, “You’re a much more reasonable man in person than you seem to be on television.” Cuomo then warns that the two will have “a problem.”

“What are you gonna do about it?” the man asks.

The man says that Cuomo probably “doesn’t want to do that,” but Cuomo continues by saying, “Take a swing at me. Call me Fredo.”

Hannity applauded Cuomo, saying the CNN host was the one who “deserves the apology.” Scaramucci said he was “very proud” of Cuomo because “this happens all the time” and “it’s quite racist.”

In recent years, columnists and pundits have compared Donald Trump Jr. and White House senior adviser Jared Kushner to Fredo, making the case that they are the weakest links in the Trump family. In “The Godfather,” Fredo is seen as the less intelligent brother, cowardly and incompetent in the powerful family’s business but desperate for respect from his father. But the Trump family comparisons did not provoke nearly the same debate – even on Cuomo’s show, an observation not lost on conservative critics Monday night.

In January, CNN political commentator Ana Navarro-Cárdenas said on “Cuomo Prime Time” that Trump Jr.’s “only call to fame was being his daddy’s son. … He didn’t even make the cut that his brother-in-law and sister did to be part of the Oval Office and the White House staff. Daddy kept Fredo back home.” Cuomo – also the son and brother of powerful men, former New York governor Mario and the state’s Democratic Gov. Andrew Cuomo, respectively ― did not push back.

“Does CNN’s head of PR still think ‘Fredo’ is an ethnic slur after watching this?,” Trump Jr. tweeted, linking to video of Navarro’s quote. “Because if it’s the N word for Italians like @ChrisCuomo says, I don’t understand why Chris seems so at ease with someone saying it here.”

He added: “Hey @ChrisCuomo, take it from me, ‘Fredo’ isn’t the N word for Italians, it just means you’re the dumb brother.”

Does CNN’s head of PR still think “Fredo” is an ethnic slur after watching this? Because if it’s the N word for Italians like @ChrisCuomo says, I don’t understand why Chris seems so at ease with someone saying it here. An excuse just as fake as his news. #FredoCuomo https://t.co/8G8yuY80CK pic.twitter.com/1gwVyDVCob

Dornic, the CNN spokesman, responded to Trump Jr. by mocking both of the president’s sons: “Speaking of dumb brothers… cc: @EricTrump.” He did not respond to a request for additional information about the confrontation.

Others who identified as Italian noted that if Cuomo wanted to compare an ethnic slur for Italians to the n-word, there were plenty of worse terms than “Fredo.” But even then, some critics still found placing derogatory words for Italians on the same plane as the n-word to be inappropriate.

“Guys, I’m Italian. ‘Fredo’ is not an ethnic slur,” wrote Emily Zanotti, an editor at the conservative outlet the Daily Wire. “My family actually regularly used Fredo Corleone as an example of what happens when you make bad choices.”

“As someone born in Rome, whose given name at his baptism in St. Peter’s was Marcantonio, who had a relative in the mob, & who loves Roman history as much as The Godfather and Goodfellas, I would like to submit my credentials as an Italian-American,” wrote Politico’s Marc Caputo. “‘Fredo’ ≠ N-word. Not at all.”

As someone born in Rome, whose given name at his baptism in St. Peter’s was Marcantonio, who had a relative in the mob, & who loves Roman history as much as The Godfather and Goodfellas, I would like to submit my credentials as an Italian-American.

“Fredo” ≠ N-word. Not at all https://t.co/DOyWoTTtgn

Other observers argued the comment minimized the vile history of the n-word. “Fredo” entered the pop culture canon in 1969 with the publication of “The Godfather” novel and 1972 with the premiere of the movie.

Robbin Simmons, an African American journalist in South Florida, said she had “never heard someone try to equate calling an Italian ‘Fredo’ with calling a black person the n-word.” Journalist Yashar Ali said he was reminded of something Oprah Winfrey said about why the n-word will never lose its painful sting: that the word was “the last thing black men heard” before a lynching. “Nothing is comparable to the n-word,” Ali wrote.

“Did [Chris Cuomo] just say that “Fredo” is to Italians what the N word is to black people?” wrote Katrina Pierson, a spokeswoman for President Donald Trump’s reelection campaign. She added: “N word is a dehumanizing word used against blacks who endured years of oppression. Fredo is a term from The Godfather, referring to the dumb brother. Equivocating the two is pure racism.”

Cuomo has faced some backlash in the past for minimizing the n-word. In February 2017, he apologized after saying journalists being called “fake news” was “the equivalent of the n-word for journalists, the equivalent of calling an Italian any of the ugly words that people have for that ethnicity.”

He later apologized on Twitter, saying, “I was wrong. Calling a journalist fake – nothing compared to the pain of a racial slur.” 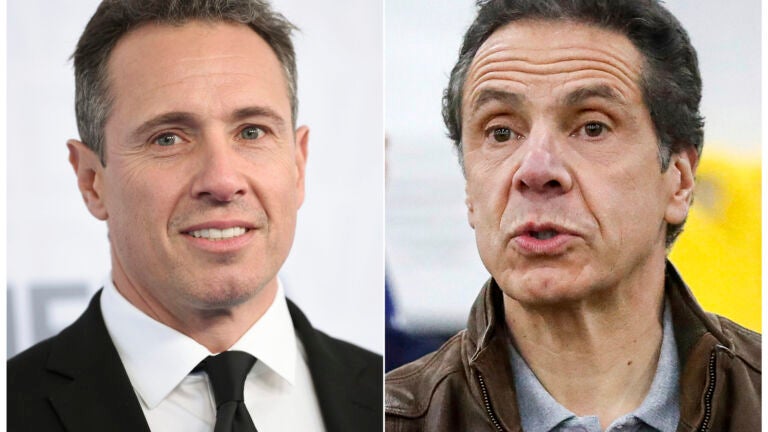