Media outlets, both big and small, have been forced to grapple with the effects of the coronavirus outbreak — but DigBoston has been particularly hard hit.

The free, independent alt-weekly says it is halting its print edition for the first time in its 21-year history, due to the “lack of people in public places and the potential danger of communal newspaper boxes.” And in a note to readers Monday, the DigBoston staff asked for the public to provide financial support in the midst of the pandemic, which has pulled the rug out from under their business model.

“We pride ourselves on having navigated many storms in the world of independent local media, but this time is different,” the paper wrote, explaining that a “significant amount of DigBoston’s revenue—advertising, ticketing, events—is directly tied to people getting together in groups,” which public health officials are now urging against to slow the spread of the infectious disease.

“The situation at hand has eliminated most of this income all at once,” the DigBoston staff wrote.

Massachusetts, which has seen a cluster of presumptive COVID-19 cases, has taken a particularly aggressive approach to enforce social distancing, temporarily closing schools and banning events with more than 25 people until at least April 6. Restaurants are also required to shift to only offer takeout or delivery, though a growing list have decided to simply close.

And when those businesses and events shut down, so does the revenue stream for DigBoston — the city’s last, major alt-weekly following the closures of the Boston Phoenix in 2013 and the Improper Bostonian last April.

As their sales team seeks out different advertising and virtual event partners, the paper asked readers to consider making a voluntary online donation to make up the shortfall.

“At a time when the city especially needs critical local reporting, we’re asking for the public’s help to support continued coverage,” they wrote.

DigBoston is hardly the only local alt-weekly struggling amid the coronavirus response.

The Stranger, a 28-year-old independent newspaper in Seattle, made an almost identical plea last week. The paper tweeted  that 90 percent of its revenue — “advertising, ticketing fees, and our own events — was directly tied to people getting together in groups,” and it “temporarily” laid off 18 employees. The Portland Mercury, another alt-weekly, also ceased print operations and laid off 10 employees due to the effects of the outbreak. Oregon Public Broadcasting reported that 95 percent of the Mercury‘s revenue comes — or came — from advertising.

Bigger papers, like The New York Times, have also reported a slowdown in advertising bookings, but also draw most of their revenue from subscriptions. In an era of already-declining ad revenue, alt-weeklies have less capacity to weather such a drastic downturn.

“We couldn’t predict a pandemic that would take away, like, all of our business,” William Steven Humphrey, the editor-in-chief of the Mercury, told OPB.

DigBoston didn’t immediately say if the coronavirus had affected its workforce yet. But it also doesn’t have many workers to cut; as WBUR reported last November, the only full-time employees are the paper’s three co-owners. 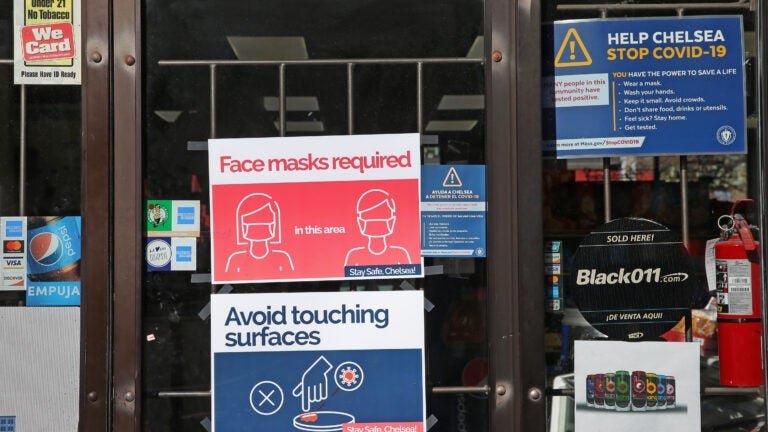