After more than 37 years in the Boston media market, Randy Price is signing off for good.

Price will end his run at WCVB Channel 5 on Wednesday, May 20, after more than a decade at the station. According to a press release, Price — who has been anchoring NewsCenter 5’s weekday EyeOpener newscasts from 4:30 a.m. to 7 a.m. alongside co-anchors Antoinette Antonio and Doug Meehan, meteorologist Cindy Fitzgibbon, and transportation specialist Katie Thompson — has decided to pursue other interests after more than 37 years in TV news.

“I’ve enjoyed every minute of my more than 10 years anchoring the EyeOpener newscasts here at WCVB; and now I’ve decided it’s time for me to step back from my career in news and start a new chapter. I look forward to enjoying different adventures in my life,” Price said in the release. “It’s truly been a privilege to work with the most talented journalists in the business, both on-the-air and behind-the-scenes, here at Channel 5 … they will all always be my family. And, I couldn’t be more grateful to our wonderful and loyal viewers for making the EyeOpener the most watched morning newscasts in the market … thank you!”

“Not only is Randy a media legend here in Boston, but he’s always been a respected leader and very positive presence in the Channel 5 newsroom,” Fine said. “It’s hard to fathom starting our days without his trusted, and extremely recognizable, voice every morning.  We’re all very grateful to Randy for his countless contributions to the station’s outstanding journalism and also for his great wit and friendship.”

Price has been a fixture in Boston news for decades, spending time anchoring at all of the major network-affiliated stations in the city during his career, as well as hosting numerous TV specials and his own nightly magazine program, the first of its type in the market. He has been honored with numerous humanitarian and professional awards, including Boston Magazine’s “Boston’s Best News Anchor” honor and a national Edward R. Murrow Award for best newscast in a large television market, considered the broadcast news industry’s highest honor.

A native of Baton Rouge, Louisiana, Price began his broadcast career with college radio gigs at at Louisiana Tech University and then Louisiana State University. He then moved into television as a member of the U.S. Air Force, working with the American Forces Radio and Television Service. After his military duty, Price became the lead anchor at television stations in Bakersfield, California, and Toledo, Ohio, before arriving in Boston.

Price and his husband Mark Steffen split their time between South Carolina and Kittery, Maine. The pair are avid gardeners and animal enthusiasts, who have bred world-renowned champion American Cocker Spaniel dogs and been involved in a variety of rescue groups and the region’s larger animal welfare organizations.

“There is only one ‘Randy Price,’ and we could not be more proud or thankful to have had him be such a valuable member of the NewsCenter 5 team,” said WCVB Channel 5 news director Paige Harrison. “He’s set the gold standard for journalism, and we know he’ll set the gold standard when it comes to launching a new chapter in his life. We wish him the very best.” 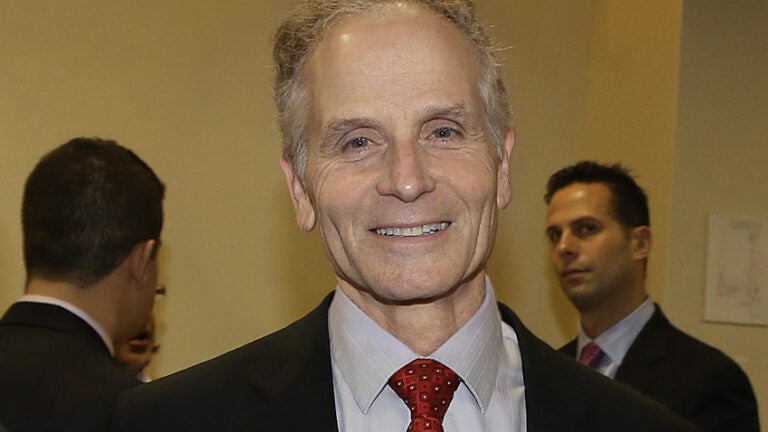 After over four decades on the air, WBZ meteorologist Barry Burbank is retiring