Photojournalist Michael Santiago was part of the Pittsburgh Post-Gazette team that in 2019 won the paper a Pulitzer Prize, journalism’s highest accolade, for its breaking news coverage of the Tree of Life synagogue massacre. The Pulitzer judges praised the staff’s reporting as “immersive, compassionate coverage . . . that captured the anguish and resilience of a community thrust into grief.”

Only now, Santiago says the paper has barred him and at least one other reporter from covering anti-racism protests in Pittsburgh because they are seen as biased for being black. Journalists are also accusing the newspaper of removing and censoring at least two articles published online Friday that reported on protests over George Floyd’s death and police abuses, as well as of penalizing reporters who came out in support of their black colleagues.

The Pittsburgh Post-Gazette “has chosen to silence two of it most prominent Black journalist during one of the most important civil rights stories that is happening across our country!” Santiago tweeted Saturday. He referred The Washington Post to the head of Newspaper Guild of Pittsburgh for comment.

With the country gripped by an anti-racism uprising, what’s been unfolding inside the local Pittsburgh newspaper has underscored one of the fundamental challenges American media faces with its coverage: a lack of diverse voices, including of black journalists, in newsrooms. It’s also laid bare the challenges of trying to change that.

Pittsburgh Post-Gazette editors did not respond to The Post’s request for comment.

Yesterday, dozens of our members shared this post, word for word, in a showing of solidarity with @alexisjreports. By Friday night, in our view, the Post-Gazette’s retaliation began. https://t.co/e5zV2EXmPi pic.twitter.com/DTf20kBqPR

The controversy publicly kicked off Friday when Alexis Johnson, another black Pittsburgh Post-Gazette journalist, reported that the newspaper’s management had barred her from covering local protests Monday after a tweet from her went viral. Her May 31 tweet pointed out “horrifying scenes and aftermath from selfish LOOTERS . . . oh wait sorry. No, these are pictures from a Kenny Chesney concert tailgate,” referring to the American country singer. (Johnson did not respond to a request for comment.)

Michael Fuoco, another journalist at the Pittsburgh paper and president of the Newspaper Guild of Pittsburgh, told The Post that Monday editors rejected several of Johnson’s pitches for protest-related coverage. They then told her she could not cover them at all because her tweet showed bias. The newspaper does not have an official social media policy, Fuoco said.

Fuoco said Johnson’s tweet was “funny,” “clever” and “thought provoking,” the kind that “I never thought as the president of the guild . . . would be a problem.”

Johnson took the issue to the guild, and Wednesday Fuoco participated in what he described as a “rather hostile” discussion with the newspaper’s management. Fuoco described the impasse as a “contractual issue, racial issue and moral issue” and that they wanted the paper to “apologize to her, remove the ban, and let us just do our job, serve our community.” They did not, he said. Johnson filed a grievance.

By Friday, Johnson’s case became public, and staff and guild members launched a social media campaign in solidarity with her: They all sent the same tweet she had been reprimanded for, along with #IStandWithAlexis. Pittsburgh Post-Gazette staffers and guild members weren’t the only ones outraged: The city’s mayor, Bill Peduto, tweeted in support of Johnson’s professionalism.

“We feel taking a black woman off the most monumental national story about civil rights in the last 50 years is punishment,” Fuoco told the Associated Press. “We have very few black journalists. Someone who has the contacts and the insights for this story, that is what you want.”

The city of Pittsburgh is 23 percent black, while the Pittsburgh Post-Gazette’s staff is around 10 percent black, said Fuoco. A 2019 report by the Columbia Tow Center for Digital Journalism found that “that reporters of color working within the Pittsburgh media ecosystem have a much lesser quality of life both inside and outside of the newsroom.”

This week, it kept getting even harder, said staffers interviewed.

Post-Gazette journalist Ashley Murray tweeted Friday night that the link to an article she had written earlier was not working, and she had informed the newspaper, according to the Pittsburgh City Paper, which first reported on the incident.

“I filed a story today about Pittsburgh City Council members’ reaction to and discussion about police brutality and reforms,” she tweeted. “Some readers have brought it to my attention that the link is broken. I alerted the newsroom at 8:40 about the issue.”

A follow-up tweet later that night reported she still had not heard back.

Alyssa Brown, a content editor at the paper, told The Post she was also receiving comments from readers about links to Murray’s and another story not working. So she went into the system to investigate. She said she found the two stories in question deleted from the system. They also weren’t scheduled on the print side channel, she said.

“That’s very rare,” she said. “We rarely do that [delete stories].”

Soon after Murray’s first tweet, Fuoco seconded the report by his colleague that the paper had removed two stories published online earlier Friday. He alleged it was related to the authors of the articles supporting Johnson.

By Saturday morning, an article with Murray’s original headline but no byline had been reposted to the paper’s website with the images and content reportedly changed. Fuoco said it was unclear who had reworked the story, but he suspected it was management.

“It is a long-standing policy in journalism and at the PG that you do not remove published material; it is simply unethical to do so,” the Newspaper Guild of Pittsburgh said in a statement Saturday criticizing the paper’s management.

“We wouldn’t imagine that they [management] wouldn’t allow any of us to cover it,” Brown said. “I think that it was definitely a retaliation from us” supporting Johnson, she added. “It seems like they are taking it as us being biased in some way, which I don’t think is fair.”

She continued, “It’s definitely unethical to delete stories or push coverage because these journalists are supporting a colleague. We are on the side of right here.”

Fuoco seconded Brown’s sentiment, concluding, “We are not backing down.” 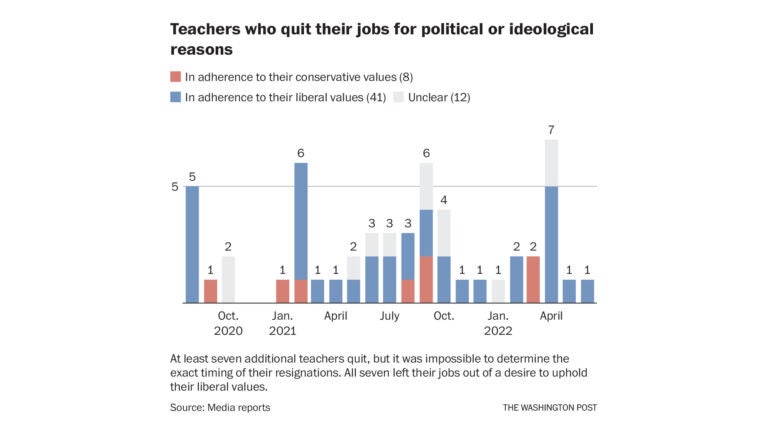