Adam Rapoport, the editor-in-chief of Bon Appétit magazine, resigned Monday, hours after a photo on Instagram of him and his wife, Simone Shubuck, posted on Halloween of 2013 resurfaced on Twitter.

In a statement on Instagram, he said he would “reflect on the work that I need to do as a human being and to allow Bon Appétit to get to a better place.” Rapoport, who was an editor at GQ before he took his current job in 2010, had been with the magazines’ parent company, Condé Nast, for 20 years.

The image in question, posted on Shubuck’s Instagram feed, had briefly circulated on social media before. But it resurfaced Monday morning amid a torrent of accusations, after a freelance writer posted screenshots of an old conversation with Rapoport about whether her work as a Puerto Rican food writer could find a “way in” to Bon Appétit.

In the Instagram caption, Shubuck called Rapoport “Papi,” and used #boricua, a word many Puerto Ricans use to identify themselves. The image was removed before noon.

I do not know why Adam Rapoport simply doesn’t write about Puerto Rican food for @bonappetit himself!!! https://t.co/rW0k5tjMoS pic.twitter.com/odZnFLz2gd

Bon Appétit has faced continuing criticism of how it treats employees of color and presents food from a variety of cultures. Several members of its staff took to social media on Monday to call for Rapoport’s resignation and for better compensation and treatment of people of color on staff.

Staff members were called to at least two virtual meetings during the course of the day to discuss the photograph and other racial issues at the publication, according to people who attended the sessions. In one, Rapoport apologized, then left the call so staff members could discuss the matter. Most said he should resign, according to one journalist who was on the call but asked to not be identified because the discussion was supposed to remain confidential.

For their part, staff members said both on social media and in interviews that the photograph was only the latest in a series of missteps and poor treatment of people of color at the publication.

Sohla El-Waylly, an assistant editor at Bon Appétit who appears in test-kitchen videos, said in an Instagram story that she was “angered and disgusted” by the photograph and that people of color were not properly compensated.

“I’ve been pushed in front of video as a display of diversity,” she wrote. “In reality, currently only white editors are paid for their video appearances. None of the people of color have been compensated for their appearances.” She called for Rapoport’s resignation.

Molly Baz, a senior food editor at the publication, and Carla Lalli Music, the food editor at large, pledged to no longer be in Bon Appétit videos until El-Waylly and other people of color who appear on video were fairly compensated.

The BA Test Kitchen is staging a revolt to support and protect their BIPOC coworkers and I’m really hoping everyone else joins Molly and Carla pic.twitter.com/wiO2Vg8NYc

Other staff members were more circumspect.

“I’m likely courting internal reprimand, but I’m appalled and insulted by the EIC’s choice to embrace brownface in the photo making the rounds,” Joseph Hernandez, the research director for Bon Appétit, wrote in a tweet. “I’ve spent my career celebrating Black, Latinx, Indigenous, Asian, and POC voices in food, and this feels like an erasure of that work.”

I’m likely courting internal reprimand, but I’m appalled and insulted by the EIC’s choice to embrace brownface in the photo making the rounds. I’ve spent my career celebrating Black, Latinx, Indigenous, Asian, and POC voices in food, and this feels like an erasure of that work.

In an interview, he said “I’ve been in newsrooms for 15 years, and I’ve had a version of this conversation in each newsroom,” adding, “As a queer person of color, it’s exhausting to have the same conversation.”

The photograph of Rapoport reemerged as racial-justice protests took place around the country and as the food-media industry has new, more heated discussions about white appropriation of the world’s cuisines — and about who should tell the stories of those traditions.

Publishers have started to look hard at race issues inside their own newsrooms. On Monday, the top editor of Refinery29, a women-focused publisher, stepped down after a number of employees came forward about their experiences of racial discrimination at the company.

Last week, employees of The New York Times widely criticized a decision by editors of the newspaper’s Op-Ed page to publish an essay by Sen. Tom Cotton that called for a military response to quell civil unrest in American cities. Many of The Times’ black employees objected on social media, saying the essay “puts Black @NYTimes staff in danger.” On Sunday, James Bennet resigned from his job as editorial page editor.

Many food publications have been reexamining how they tell stories about food and who tells them. The Times recently grappled with insensitive comments made about the lifestyle writers Marie Kondo and Chrissy Teigen by the contributor Alison Roman, whose column the paper has temporarily suspended.

On Monday, an image of Roman from 2008 also appeared on Twitter; some commenters said it appeared to show her dressed as a parody of a woman from a Mexican-American subculture. Roman tweeted an apology, saying the outfit was a Halloween costume inspired by San Francisco and the singer Amy Winehouse. “It reads as culturally insensitive, and I was an idiot child who knew nothing about the world/how this would be perceived and I’m sorry.”

Jordan Cohen, executive director of communications at The Times, said editors were reviewing the matter.

Both Bon Appétit, whose test-kitchen videos have become a sensation, drawing millions of views, and Rapoport himself have been recent targets of criticism.

the magazine’s editor adam rapoport also literally can’t even tell the very few women of colour on his staff apart from one another and laughs when he addresses them by each others names pic.twitter.com/4E5jUMNiA3

In January, The San Francisco Chronicle published a column by Soleil Ho, its restaurant critic, dissecting how Bon Appétit features people of color. Her conclusion: Bon Appétit “could be much better when it comes to accurately and meaningfully representing the cuisines and cultures it purports to represent.”

Rapoport responded in a February column, saying the publication had “instituted a series of department-by-department meetings focusing on diversity” and set new diversity goals.

A subsequent column he posted on May 31 took on issues of race more directly. “In recent years, we at BA have been reckoning with our blind spots when it comes to race,” he wrote, adding that “we don’t have all the answers. We know we have work to do. Food has always been political whether we say it or not. Now is the time to say it.”

It was not well received on social media. For some staff members and readers, the column papered over issues of race and diversity during Rapoport’s editorship.

Alex Lau, an Asian-American journalist who photographed many of the magazine’s top restaurant features, recently resigned, in part because of such issues. “I left BA for multiple reasons, but one of the main reasons was that white leadership refused to make changes that my BIPOC co-workers and I constantly pushed for,” he wrote on Twitter on Monday, using an acronym for Black, Indigenous, People of Color.

“I’ve been quiet about this for so long, because I always thought that I could actually change the organization from within but I was wrong, and quite frankly I am so glad that the internet is going after BA and holding them accountable.”

Many other staff members expressed their dissatisfaction with Rapoport on social media, as did many other freelance food writers and readers.

Priya Krishna, who has a contract with Bon Appétit and writes often for the Food section of The Times, has been part of a group of food journalists working on race and diversity issues at the magazine. She said seeing the image of Rapoport “was like a gut punch.” On Twitter, she wrote: “It erases the work the BIPOC on staff have long been doing, behind the scenes. I plan to do everything in my power to hold the EIC, and systems that hold up actions like this, accountable.”

This latest chapter began when Illyanna Maisonet, who until January wrote a column on Puerto Rican food for The San Francisco Chronicle, posted excerpts from a year-old exchange with Rapoport after an editor rejected her idea for a story about Puerto Rican food. Although Rapoport encouraged her and agreed that more Puerto Rican food needed to be featured on the magazine’s website, the text exchange was, she said, condescending.

“I sat on it for a year,” she said of the conversation, “because I didn’t think there was anything in it until all of this other stuff started coming up.”

As a publisher, Condé Nast hires mostly white editors and writers, many of whom come from privileged backgrounds and have graduated from elite colleges. Writers of color and of less-connected backgrounds have often found it difficult to get jobs or get freelance articles accepted.

On Monday morning, Tammie Teclemariam, who writes for several food and wine publications and The Wirecutter (which is owned by The Times), posted the image of Rapoport on Twitter and wrote. “I do not know why Adam Rapoport simply doesn’t write about Puerto Rican food for @bonAppétit himself!!!”

The Instagram photo was sent to her in direct messages by two other people in the food media, she said.

“If I know this, why didn’t everyone at Bon Appétit know this or do they? If two people sent it to me I can’t imagine they didn’t,” she said. “I was calling for him to be fired all weekend long. He is so endemic of these Condé Nast Graydon Carter old magazine values. This is the summer we’re calling people out.” 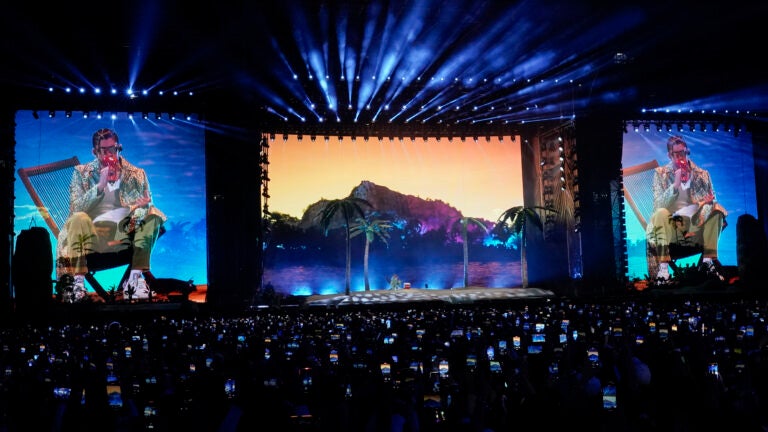