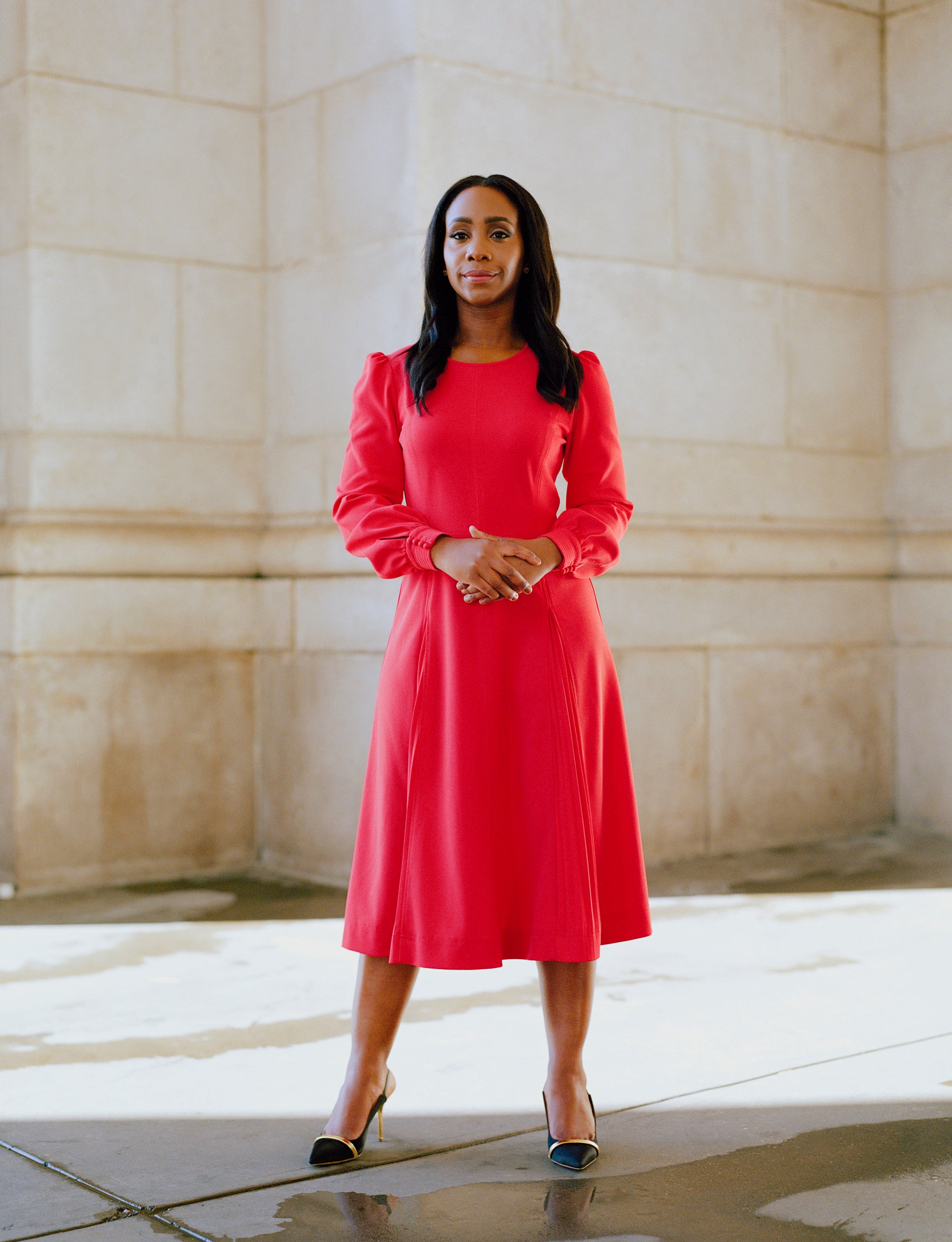 It was Friday, Nov. 6, and Phillip, 31, was sitting screen-left of Jake Tapper, CNN’s chief Washington correspondent, and Dana Bash, the network’s chief political correspondent, narrating for America what the vote tallies coming in from Georgia and Pennsylvania were indicating and, perhaps more important, what they were signifying.

“For Black women, this has been really a proving moment for their political strength, in carrying Joe Biden to the Democratic nomination through the primary,” she said.

It was the day before victory would be declared for Biden and Sen. Kamala Harris, and three long days after Election Day, this year more of a capstone to a voting season. It was a year in which the treatment of Black women (Breonna Taylor) and the political capital of Black women (Stacey Abrams and voters) had dominated news cycles. Along with a health pandemic that has disproportionately affected people of color, punctuated by a sweeping movement for racial justice.

In the 52 hours over five days that the trio held court at that desk, there had been plenty of hot takes to fill the airtime. But as Phillip took command of this particular moment, pablum gave way to prose — or to a “historical poetry,” as she called it: recited in a slow, deliberate cadence distinct from the rat-tat-tat verbal spray that has typified cable news for a generation.

Clips of Phillip were widely circulated on social media, and her Instagram followers quadrupled. Viewers like Bernice King, chief executive officer of Martin Luther King Jr. Center for Nonviolent Social Change in Atlanta and the youngest child of King and Coretta Scott King, shared their appreciation.

At a network that draws top viewership at such moments, a star was being born. “Abby has an intellect that is unmatched, and she has a pretty unique ability to synthesize information quickly both in her reporting and her analysis, and deliver it in a way that meets the viewers where they are,” said David Chalian, CNN’s political director.

Phillip said the goal of her coverage was to include what she was hearing from friends and relatives, as well as political sources. “The ways that I contribute to the conversation come from both the years I have worked as a reporter but also what happens to be my own lived experience,” she said.

Her upbringing, she said, is “a typical immigrant story.” She was born in Virginia to parents from Trinidad and Tobago, and raised with five siblings. Their father, Carlos Phillip, was a teacher and then an educational psychologist in Washington, D.C. Their mother, June Phillip, is now a real estate agent. The family returned to Trinidad and Tobago for a few years when Abby was a child, and she had an accent when she returned to America at 9. “For a lot of years I was very quiet,” Phillip said. Teachers would send home notes to her parents that said “Abby needs to speak up.”

Phillip enrolled at Harvard College in 2006 with plans to study medicine. She joined the staff of The Harvard Crimson, the student newspaper, and began to consider journalism as a career after she went on a school-sponsored public service trip through Tennessee and Mississippi, tracing events of the civil rights movement, and after Barack Obama’s election her junior year.

After graduating in 2010 with a bachelor’s degree in government, Phillip went to blog at Politico. “Fast and furious,” she said. Two years later, she moved on to a news fellowship at ABC News, working mostly on “This Week” with George Stephanopoulos. Unsure about TV journalism (“I had a lot of concerns about the show business part of it”), she joined The Washington Post as a reporter and helped cover Hillary Clinton’s 2016 presidential campaign. After frequent appearances as a political news analyst on CNN, she was hired by the network in 2018.

In a field crowded with fast-talking bros, Phillip stands out for her reserve. She has always been “very quiet and ambitious, but she doesn’t present in a flamboyant way like some ambitious people do,” said John Harris, a founder of Politico. “When I see her on TV, she conveys that sense of poise and self-possession that I remember. What’s the next decade going to be like for this exceptional person?”

Nia-Malika Henderson, a senior political reporter at CNN, has an answer. “I hope when she has her own show she’ll have me on it,” she said.

Like many female reporters, Phillip has suffered particular public ridicule by the president. In November 2018, after Trump fired the attorney general, Jeff Sessions, and installed Matthew Whitaker to temporarily lead the Department of Justice, Phillip was in a gaggle of reporters outside the White House and asked Trump if he hoped Whitaker would tamp down on special counsel Robert Mueller’s investigation. “What a stupid question that is,” he said. “What a stupid question. I watch you a lot, you ask a lot of stupid questions.”

In the same time period, Trump had also castigated two other Black female reporters, saying that a question posed to him by Yamiche Alcindor of PBS was “racist” and calling April Ryan of American Urban Radio Networks “a loser.”

This made his rebuke of Phillip into a bigger story. But “I didn’t feel offended in any way,” she said. “I felt like he was lashing out because he didn’t like the question, but sometimes the questions he doesn’t like are the most important ones.”

She added, “He insults a lot of people and a lot of the time, the insults aren’t true.”

Alcindor said her friendship with Phillip has been crucial in weathering the challenges of covering the Trump administration. “She has your back. She’s a really, really good person,” she said, as her voice caught. “It’s getting me a little emotional. A rough year like this, it puts a lot in perspective.”

Phillip sees an upside. “In some ways, Donald Trump has made a lot of reporters better reporters,” she said. “The relentless fact-checking you have to do with this president is unlike anything I have experienced before. It has done away with the practice of giving figures in Washington the benefit of the doubt when it comes to truthfulness, and that’s OK, in a bipartisan way.”

In January, Phillip came under fire when she moderated a debate between the Democratic presidential candidates. At one point, she turned to Sen. Bernie Sanders of Vermont and asked him to address a recent CNN report that he had told Sen. Elizabeth Warren of Massachusetts that he did not believe a woman could win the presidency, a scoop that Warren had confirmed.

“Why did you say that?” Phillip asked. “Well, as a matter of fact, I didn’t say it,” he replied. Phillip then turned to Warren. “What did you think when Sen. Sanders told you a woman could not win the election?” she asked.

Many commentators felt Phillip should have dropped the matter after Sanders’ denial. The way she saw it, the perception of the electability of women was an important topic of inquiry and she had the two key figures involved in the conversation on a stage in front of her. Why wouldn’t she ask them both about it? Why would she accept one person’s denial as more valid than another’s confirmation?

“If we reported something about Donald Trump, confirmed by multiple sources,” she said, “we would stand by that reporting. I don’t think it’s any different when it’s Elizabeth Warren and Bernie Sanders. I think about this a lot. Democrats, in particular, will have to figure this out. If Democrats will believe reporting from us about Donald Trump, they should believe our reporting about Bernie Sanders.”

In June, Phillip traveled to Tulsa, Oklahoma, where Trump was holding his first campaign rally since the nation went into lockdown. Before reporting on the rally, with its much-smaller-than-anticipated turnout, Phillip filed two pieces about the 1921 destruction of the once-affluent Tulsa neighborhood once known as “Black Wall Street,” and the massacre of hundreds of Black Tulsa residents, which came after a white woman accused a Black man of assault. For many supporters of Black Lives Matter in Tulsa, this was an important rejoinder to sentiments Trump has expressed in a Fox interview that the inequities being protested since the death of George Floyd could be addressed with economic prosperity.

Two months later, Phillip was chosen to help anchor coverage of the Democratic National Convention and the Republican National Convention. And then, in October, she got a call from Eric Sherling, one of CNN’s executive producers. “I want to walk you through our election night plans,” he said.

“I was excited, but I was stressed,” Phillip said. “I knew it was a big deal.”

She didn’t tell her parents. “I’m a really superstitious person,” she said. Then a few days before Election Day, her mother called. “Did you see that election night promo?” she asked her daughter. “You’re in it!”

On Monday, Nov. 2, she was up late with her husband, Marcus Richardson, reading and worrying. “I turned to Marcus and said, ‘I feel like this is a test, and I’m worried I’m going to fail.’”

Richardson, a cybersecurity consultant, and Phillip have been married for two years and together for nearly a decade. “I think most individuals who are in a relationship and see their significant other go through important moments and you continually see them succeed, you just have to remind them, ‘baby, you’ve got this,’” he said.

Her colleague Bash praised Phillip’s political knowledge and “natural gravitas,” and added: “It’s also so great to have another woman to riff with and bounce things off of. I don’t have anything against the dudes, I love the dudes,” she said — but the dudes have dominated anchor desks, including CNN’s.

At home with their dog, Booker T., Richardson pumped his fists, knowing his wife was defining a key point of this election. “Yeah, baby, you let them know!’” he said to himself.

Though still busy covering the continued drama over an election that Trump has yet to concede, Phillip is now able to get a decent night’s sleep and think, free of superstition, about how she performed on the biggest stage of her career thus far.

“Mostly I feel like I did what I wanted to do, which was to be honest and straightforward and knowledgeable and present and to tell the truth,” she said. “I didn’t go into things wanting to stand out. I went in thinking I want to be a valuable member of the team and I feel good that I did that.” 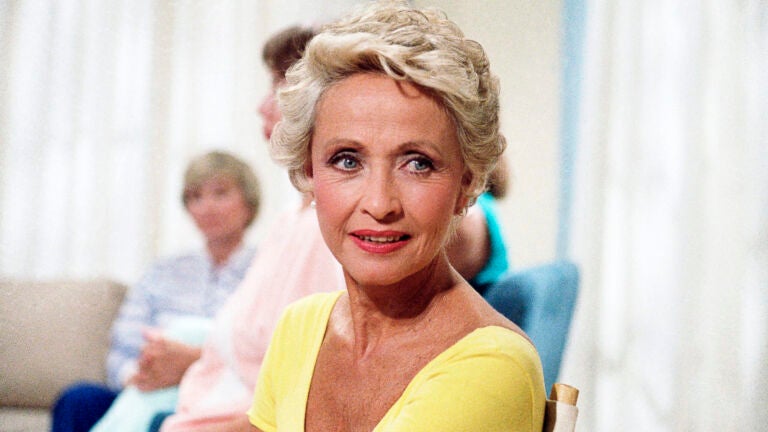