When Piers Morgan stormed off the set of “Good Morning Britain” last week as a Black colleague chided him for “trashing” Meghan Markle, it felt like a familiar American scene: a tone-deaf old-timer getting swept aside by an anti-racist younger generation, as the culture of media changes.

Morgan sure embraced that narrative. Last week, he tweeted, among other things, a photograph of a defiant Winston Churchill, a clip of Tucker Carlson calling him an “inspiration” and then, apparently getting impatient for the arrival of a mob, a demand that the Society of Editors remove his nomination as columnist of the year. “I am canceling myself,” he announced.

British media has traditionally presented a dynamic opposite to that of the United States. Here, we have radio screamers and spittle-flecked television hosts, while broadsheet newspapers seek to balance both sides of a story. In Britain, the newspapers are often wildly partisan and the television is customarily staid. But Morgan’s theatrics last week seemed to signal a shift, and to mark the extent to which the forces driving the culture wars are money and commercial opportunity.

“This is the moment that is going to transform British TV, and take it in a direction that is more Americanized,” Amol Rajan, the former editor of The Independent who now the host of “The Media Show” on BBC Radio 4, said in an interview.

Of course, sober-minded British commentators wonder, as my colleague Mark Landler recently reported, why anyone would want to import any element of our hyper-polarized American life. The answer, of course, is that it sells. And at a confusing and unstable moment in American media, there’s something clarifying about watching Britain’s television drama play out around its monarchy.

The whole thing, at times, has the schematic quality of theater, sometimes verging into parody, as various actors play their parts and state their values with admirable clarity. But the players also speak openly about the opportunities the new cultural conflict presents, as their country’s political split over Brexit settles into a lasting divide.

“The American culture war has come here in a big way,” Morgan told me cheerfully in a telephone interview, appearing to be welcoming its arrival. And while he denied that his walkout was in any way “staged,’’ he acknowledged that his departure comes at a particularly opportune time.

Morgan, a former tabloid editor, “America’s Got Talent” judge and CNN host, spent the past five years nudging upward the ratings of ITV’s morning show — long a distant second to the BBC’s more staid “Breakfast” — largely by generating an unending stream of news about his own on-air antics.

The show for the first time outdrew the BBC last Tuesday, when he walked off the set. And he is walking straight into a bidding war for his services between two new news networks, one backed by Fox News founder Rupert Murdoch. Both are aiming to capitalize on populist discontent with the BBC. (Many of the nationalists who supported Brexit — and the royal family — believed that the network was unfair to their cause, even as Brexit critics complained that the BBC was too soft on Brexit supporters’ rosy projections.)

The opportunity for a new era in British television begins in the studios of LBC, a radio station that has tested, and effectively stretched, the British legal requirements that broadcast news be “balanced.” Instead of offering down-the-middle recitations of news developments, the network serves up clashing and sometimes strident debates over issues. The station thrived during the long run-up to Brexit, making clear to broadcasters that they could abandon their starchy customs and reflect more partisan passions — as long as the stations didn’t embrace just one political side.

Now, television is poised to fill the space that LBC opened. The most ambitious player in this new arena may be Andrew Neil, a Scot who transformed The Sunday Times for Murdoch in the 1980s before emerging as one of the BBC’s most formidable interviewers. He’s a conservative, but his style shares almost nothing with his right-wing American counterparts, who alternate between tossing coddling questions to Republican politicians and obliterating obscure liberals who have foolishly wandered onto their sets. Neil is an equal opportunity interrogator, and may be best known in the United States for a hoisting in 2019 of conservative figure Ben Shapiro. In the 2019 British election, the Tory Prime Minister Boris Johnson refused to submit to an interview with him.

I reached Neil at his home in the French Riviera, where he has been weathering the pandemic and preparing the start of a new 24-hour cable channel network, GB News, this spring. When I called, he was watching “MSNBC Live with Craig Melvin.” “I think there are things to learn from it in terms of programming, and the visuals are very strong,” he said of the left-leaning American channel. “In terms of formatting and style, I think MSNBC and Fox are the two templates we’re following.”

Neil has raised 60 million pounds (about $83 million) to start the channel, including investments from the American giant Discovery and hedge fund manager Paul Marshall. ( Marshall’s son, unrelatedly, is taking time off from playing banjo in the band Mumford and Sons to “examine my blind spots” after praising a far right book on Twitter.) Neil said he expected that sum to last the network at least three years, though it’s a pittance by the standards of American cable news.

He said he planned to hire some 100 journalists, a fraction of the more than 2,000 at the BBC, but aimed to capture the resentment of the London-centric media by having many of them broadcast from their hometowns in the north. The channel will rely on other news services for its breaking news, he said, and focus its resources on producing American-style, personality-driven news shows. But he said he wouldn’t follow the American right into outlandish conspiracy theories, and he has denounced Donald Trump’s claim that he won the U.S. election.

“I don’t think there’s an appetite in Britain for ridiculous conflict,” Neil said. Still, he plans to carry a segment on his own prime-time show called “woke watch” in which he can mock what he sees as progressive excesses. He cited as an example a recent report that British nurses were told they could use the word “chestfeeding” rather than “breastfeeding” to be inclusive of transgender people.

GB News will need a huge audience to succeed, because in Britain, unlike the United States, cable channels depend entirely on advertising, rather than regular payments from cable companies. Morgan, an old friend of Neil, would be “a huge asset for the channel,” Neil said. And, indeed, Morgan seems an ideal fit for a network determined to showcase personality and passion without violating British rules against partisanship.

Morgan lost his job running the left-leaning Mirror in 2004 for publishing fabricated pictures of alleged British war crimes in Iraq. Before emerging as the queen’s leading defender, he was a confrontational critic of Johnson’s flawed response to the pandemic. He told me he had proven at ITV that he could be “highly opinionated but without the viewers ever having any idea what my personal politics would be.”

The delightful British gossip newsletter Popbitch noted last Thursday that Morgan appeared to be weighing his options for his next job. But his defense of the crown against the assault from Los Angeles can only make him more valuable to GB News.

“I don’t think the channel will have a corporate voice,” Neil said. “But I think it will be the natural inclination of most of our presenters to side with the dignity of the queen as opposed to the victimization portrait of two of the most privileged and pampered people in the world.”

Neil is challenging the BBC as the broadcaster has restored some of its centrality to British culture through its coverage of the pandemic. But his main competition for Morgan’s services may be a new digital television service planned by Murdoch’s News Corp, News UK, that will be led by a former Fox executive and CBS News president, David Rhodes. The first move by that service has been to import a different American television format: the soft showbiz news embodied by “Inside Edition” and “Access Hollywood,” for an evening broadcast called “News To Me.” But it also promises to carry on Murdoch’s long crusade against the BBC into right-leaning shows.

It now suffers, however, from Murdoch’s long-standing tendency to underfund digital projects in favor of his first loves, print and television. And it has shrunk in ambition from a full-scale television network to a series of shows associated with newspaper brands and carried on video streaming platforms. Rhodes, who declined to be interviewed, has tried to cast that as an advantage, as traditional television is gradually replaced by digital services. Neil bitingly suggested otherwise, casting Rhodes as losing out inside the Murdoch empire to the company’s powerful newspaper boss Rebekah Brooks, who is perhaps best known here for being tried and acquitted in a scandal over the British tabloids’ hacking of crime victims’ phones. (Morgan was also accused of, and denied, employing the tactic when he was editor of The Mirror.)

“In the old days, Murdoch wouldn’t have allowed that to happen,” Neil said of the modest scale of the News UK plan. “He would have said either, ‘We’re not going there’ or ‘Here’s 100 million — go blow GB News out of the water.’ ”

News Corp’s current challenge, though, may be the broader uncertainty surrounding the direction of a company whose dominant figure celebrated his 90th birthday in Los Angeles last week. His birthday party was canceled for the second year in a row because of the restrictions on gatherings during the pandemic that Fox’s anchors have often criticized. (His son Lachlan, the CEO of Fox News’ parent company, decamped with his family from Los Angeles to Sydney, Australia, after his father’s birthday.)

These days, at least some of the company’s energy is going into producing a star-studded video for the delayed birthday celebration, two people familiar with the project said. It is being produced by a former News Corp executive, David Hill, and will feature figures from Murdoch’s history, including the former News Corp president, Peter Chernin, and the former New York Post editor, Col Allan, telling the story of his career.

Morgan said he was currently fielding offers and enjoying revived sales of his 2020 book on cancel culture (though “if you’ve got broad shoulders like me, you can handle it”). He said he hoped to record his segment for Murdoch’s birthday soon.

In the meantime, he’s simply enjoying the attention.

“I’ve got the whole world talking about me in varying degrees of either praise or shame,” he said with satisfaction. 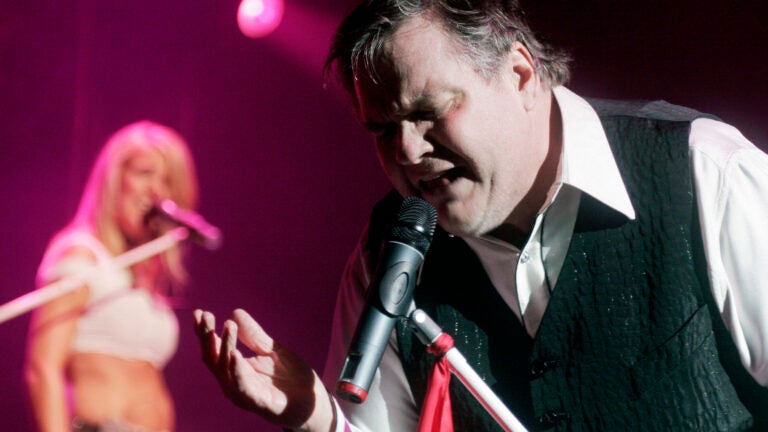