Kirk Minihane may have lied and misled his way into getting an interview with Somerville Mayor Joe Curtatone — but he didn’t break Massachusetts state law, according to the state’s highest court.

Curtatone had argued that Minihane violated the state’s wiretap law against secretly recording a conversation, after the former WEEI radio host-turned-podcaster taped and published a phone interview in 2019 with the mayor while posing as Boston Globe columnist Kevin Cullen. While Minihane did ask for permission to record the interview, Curtatone’s lawsuit contended that using a fake identity to do so amounted to a violation of the state’s law against ” secretly” recording any communication without prior consent.

However, by the language of the law, SJC Justice Frank Gaziano wrote that the recording is only secret if Curtatone didn’t know about it.

“The identity of the party recording the communication or, indeed, the truthfulness with which that identity was asserted is irrelevant,” Gaziano wrote in the decision released Monday, affirming the prior dismissal of Curtatone’s civil lawsuit by Middlesex Superior Court Judge Maureen Hogan (which the mayor appealed).

“Rather, it is the act of hearing or recording itself that must be concealed to
fall within the prohibition against ‘interception’ within the act,” Gaziano wrote.

The case had centered on the SJC’s interpretation of “secretly” within the context of state wiretap law. The statute itself doesn’t offer any further definition of the word, so judges relied on common dictionary definitions of “secretly” meaning “hidden” or “concealed.”

The fact that the recording was not made secretly also means that “we need not reach the question whether there was prior authority (i.e., consent) for the recording,” Gaziano wrote.

Minihane celebrated the decision Monday on Twitter, writing that he expected to win.

“You know why? I’ve been a fighter my whole life,” he wrote.

In a statement to Boston.com, Curtatone said he accepted the court’s decision, but expressed hope that it might shine a light on “bad actors” and the need to instill trust in the media.

“Obviously when you have a case of first impression go before the Supreme Judicial Court you’d prefer to win, but I accept the Court’s decision and thank the justices for giving our case a hearing,” Curtatone said.

“However, the fundamental problem that caused me to bring this case in the first place persists: the public needs to be able to trust the media,” he continued. “If the media is able to misrepresent itself and obtain information fraudulently, it undermines our faith in a vital function of our society.”

Curtatone added that “more than ever the media is an important tool of our democracy and it must be protected from bad actors.”

“Hopefully this shines a light on the issue so that our lawmakers can ensure our public arena operates in a more straightforward and honest fashion,” he said.

The entire legal saga unfolded after Curtatone joined critics of the Boston Bruins’ decision to partner with Barstool during the 2019 Stanley Cup Final, characterizing Portnoy’s website as an attempt to “disguise misogyny, racism & general right wing lunacy under a ‘sports’ heading.” Portnoy, whose brash behavior has verged into bullying, misogyny, and racist language, has repeatedly responded to critics by using his platform to direct followers to harass them.

Barstool Sports founder Dave Portnoy also chimed in on the decision Monday, ridiculing Curtatone, the longtime Democratic mayor, who is stepping down this year after nearly 18 years at Somerville City Hall.

“Let’s not forget that when Kirk asked him why he hated Barstool so much he literally didn’t have any examples,” Portnoy wrote. “Kirk made a fool of him so he sued. Classic politician.” 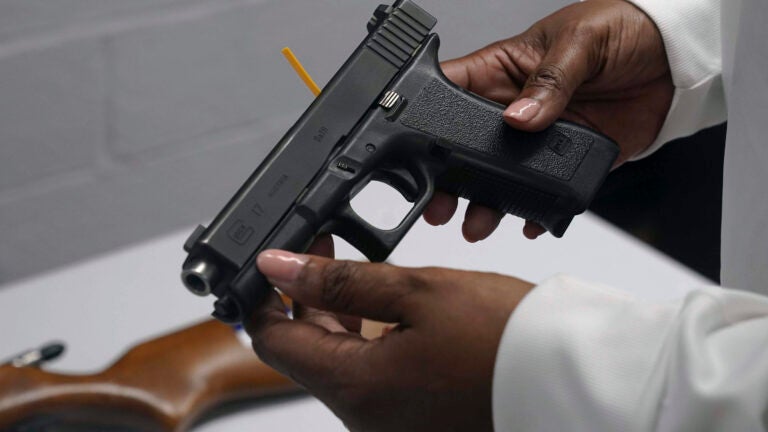