More than two decades after a few Boston residents created the popular “Yankees Suck” T-shirts, the New York Post has come up with a comeback.

But let’s at least hear them out.

On the morning of the one-game AL Wild Card playoff Tuesday night between the Red Sox and Yankees at Fenway Park, the Post published an article — bylined “By All New Yorkers” — about all the reasons why Boston, supposedly, “sucks,” along with some newly released, if not original, $30 T-shirts.

While the Red Sox have won four World Series this century and seven of the last eight series against their longtime rivals, the Post — using nicknames that no resident of either city actually says — argues the “Big Apple will always come out on top of Beantown – win or lose.”

“Whichever team wins Tuesday to advance to take on Tampa Bay in the AL Division Series, Boston — not even good enough to be nicknamed ‘The Second City’ will surely never be New York — and here are just a few reasons why,” the confusingly punctuated article continues.

Incapable of making a good pizza.

OK. Tell that to the good reviewers of Tripadvisor!

Use the word “wicked” to describe everything other than witches.

The people with the accent.

Bill de Blasio roots for you.

A reminder that even the mayor of New York roots for the Red Sox. The previous one did, too (even if he pretended to switch allegiances).

What other bad things about Boston does the Post have to say?

Drivers there get into accidents once, on average, every 4.4 years. That’s according to an insurance study that also found that Boston has the second-highest accident rate of all large US cities.

OK, fair. But at least get your facts straight; it’s every 4.9 years now.

The Post goes on to take aim at Boston’s local icons.

Pasquale “Patsy” Parisi from “The Sopranos,” talking about Boston: “That place is Scranton, with clams.”

Again, literally no one calls it Beantown.

Having a “Happy Hour” in a bar or restaurant is illegal.

We’re working on it.

As if going to school in Boston is somehow better.

After losing to Islanders, coach of the Bruins was fined $25,000 for whining.

Fun fact: No one here is old enough to remember the last time a New York team won the Stanley Cup.

Once spent $22 billion to dig a hole in the ground.

Listen, we stand by Dunkin’ in this household.

The Post lands a few other shots, from flannel (come on, flannel is great) to Boston’s rap scene (OK, it’s hard to compete with Jay-Z, Nas, and Wu-Tang) to Faneuil Hall, “the world’s first and most overrated food court” (no comment).

They also knock Boston for not being as “rude” as New Yorkers (???).

But the piece ends on perhaps the most dubious claim about Bostonians.

They would all move here if they could.

Pretty doubtful. But hey, it wouldn’t be the first time New Yorkers got a bit cocky. 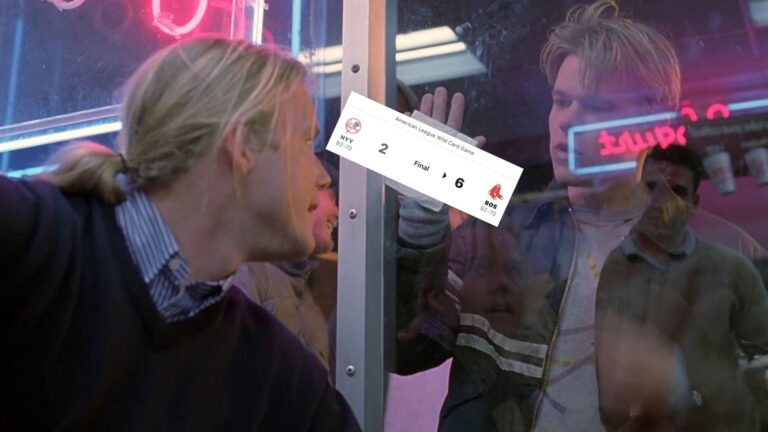