The name of the song is “Roadrunner,” after the Plymouth car. It’s also the name of Boston’s newest music venue.

There are many places throughout the new 3,500-capacity venue, which is owned by The Bowery Presents Boston, that pay homage to its location, and to the artists who originated here.

From the mural with a Plymouth Roadrunner, to the skateboards hanging up in the artists’ dressing rooms decorated with musicians who started their careers in Boston, other than The Modern Lovers – The Cars and Donna Summer, to name a couple.

The venue is tucked away within the Boston Landing complex in the Allston-Brighton neighborhoods.

And from the looks of it, Roadrunner is ready. Ready for fans to crowd in, and drink beer from one of its six bars. Ready for that electric moment of anticipation when the lights go dark and an artist appears on stage.

“It’s amazing to see it come together,” Josh Bhatti, vice president for The Bowery Presents, told Boston.com in an interview Monday. “The staff, the contractors, everyone just rallied to get it done. I couldn’t be more excited for show one, show two, and show 100. They’ll all come up soon.”

Headed into the venue, fans are immediately greeted by the venue’s namesake. A bright red Plymouth Roadrunner graces the wall to the left, speeding along a highway that emerges from a cityscape.

Immediately beyond it, the 60-foot stage is viewable with its cavernous space in front, ready for fans to file in. Opposite the stage is one of three bars on this level, white subway tile glistening from the bright stage lights, the dark wood bar shining with newness.

Though the inspiration from The Modern Lovers song is heavy, the tile, concrete floors, and other elements have the feel of a fieldhouse, which can be appreciated considering the venue’s location.

Venturing upstairs, the main stairwell has a wooden skateboard ramp against one wall. Immediately at the top of the stairs is another bar and seating, a space to perhaps take a break from the crowd and sit and enjoy a drink. Behind the bar, “Roadrunner” is depicted using street reflectors.

Venturing into the mezzanine area, Bhatti noted that perhaps the best seats are the ones in the center of the area facing the stage. Site lines were considered throughout the space, and designers wanted to make it so there’s no bad seat in the house, which is refreshing for those that may have had their concert excitement dashed when they found out their seats were partially obstructed by a pole or barrier. The mezzanine also has designated ADA landings.

What fans don’t get to see, but what artists may appreciate is the venue’s four dressing rooms – all with full baths and showers – and a couple of washer-dryers. Hanging on the walls are skateboards that, placed together, depict an artist that originated in Boston.

Nearby, there’s a rentable pub space with its own private bar, “I’m in love with Massachusetts” spelled out in bright lights along one wall.

When Billy Strings takes the stage Tuesday night, it’s somewhat of a milestone in his career. At one time, he played to 200 people at Great Scott, according to Bhatti. Then his success grew to the size of venues like The Sinclair in Cambridge, which is owned and operated by Bowery and can fit 525. He was booked by The Bowery to play the 1,200-capacity Royale, but then the pandemic struck.

Having Strings as the venue’s first-ever performer was not an accident, according to Bhatti.

“We were always looking for artists that we worked with before when we were in the stage of developing these artists from the smallest venues to the largest,” he said. “Having an artist like that, that had grown all the way up with us, was super important.”

Trio Khruangbin are set to play two nights, Thursday and Friday, at the venue next. They also played Great Scott, Sinclair, and Royale.

“They did the grand slam of Bowery venues,” Bhatti said.

Though COVID killed off some of Boston’s venues, like the beloved Great Scott, Bhatti said he hopes more small venues will open, considering how heavily the neighborhood is influenced by the arts.

“Those [smaller venues] are the ones that were most affected, but for me, it’s also just creating the culture of going out to concerts and being out and experiencing music,” he said. “So having this venue here, hopefully, it opens up the opportunity for another room nearby, maybe that is the 200-capacity room.” 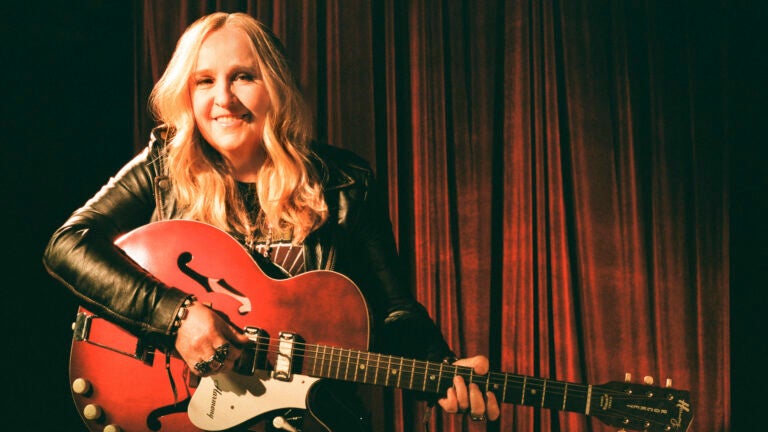 Melissa Etheridge is bringing her solo residency to Boston