Angela Gervasi was enjoying a day off Thursday when she got a text from a co-worker: “Have you heard?”

Her co-worker quickly filled her in: P.J. Clarke’s, the restaurant where she worked in Philadelphia, was letting her and some other employees go. Confirmation came in a letter citing “developments” with the coronavirus outbreak. By Monday, the place had shut down.

Gervasi barely had time to process the bad news before she got more: The Florida radio station where she had been applying for a job told her that the hiring process might be delayed as the station shifted to a work-from-home setup. Then, on Monday, she learned that another local restaurant, where she was training as a cook, was closing.

“Everyone is afraid to hire,” said Gervasi, 24, who is looking for freelance work to support herself. “Nobody really knows what’s about to happen.”

However events unfold, one thing is becoming clear: As the effects of the coronavirus pandemic hit the job market, the damage looks likely to be much deeper and longer lasting than seemed possible even a week ago.

Marriott International, the hotel operator, said Tuesday that it would begin furloughing tens of thousands of employees worldwide. Restaurants, coffee shops, gyms and other small businesses have begun laying off workers outright. On Monday, a flood of inquiries from newly jobless New Yorkers crashed the website for the state’s unemployment insurance system.

With striking speed, Democrats and Republicans in Washington have embraced proposals for cash payments to Americans to help offset the economic damage. On Tuesday, President Donald Trump endorsed the move, after previously pushing for a payroll-tax cut instead.

Relatively few companies outside the hospitality industry have announced significant job cuts, with many saying they will continue to pay employees even while they are closed, though often for fewer hours of work than normal. Retailers have been hit hard. A Muji store in New York was closed on Tuesday.

But that cushion seems unsustainable. Most small businesses do not have the financial buffer to pay workers for long if revenue dries up. And while larger public companies may have access to cash, they also have shareholders who want executives to watch the bottom line.

“It’s simple math,” said Deborah Weinswig, founder of Coresight Research, an advisory and research firm that specializes in retail and technology. “You can’t have all expenses and no revenue.”

IHS Markit, an economic forecasting firm, said Monday that it expected the unemployment rate to rise to 6% by mid-2021, up from 3.5% in February. The Economic Policy Institute, a progressive research group, estimated Tuesday that the outbreak could eliminate 3 million jobs by summer.

Kevin Hassett, who served as a top economic adviser to President Donald Trump until last summer, said Monday that the U.S. economy could shed as many as 1 million jobs in March alone because of layoffs and hiring freezes related to the coronavirus.

“If you have normal job disruption, and hiring just stops,” Hassett said, “you’ll have the worst jobs number ever.”

Eileen Hanley was wrapping up her weekend and getting ready for the week ahead Sunday evening when an email popped up in her inbox with the subject line “COVID-19 uncertainty.” It was from her boss at the small Manhattan law firm where she worked part time as a receptionist.

“We hope you are feeling well during this time,” the email began. Then it cut to the chase: The firm was losing revenue because of the outbreak, and it would have to eliminate “a number of positions,” including hers, “effective immediately.”

“It feels so strange,” Hanley said. “A week ago, everything was fine and I was living my life, and now I’m at home and it feels like I have so much time and nothing to do.” Eileen Hanley lost her job as a receptionist, and other gigs and part-time work dried up.

In addition to her receptionist job, Hanley, 27, is a musician, actor and stand-up comedian. Those gigs started drying up late last week, she said, as venues closed and groups canceled shows and performances. Then, on Sunday, Gov. Andrew Cuomo of New York announced that restaurants would be limited to delivery, eliminating another of Hanley’s jobs, as a part-time server at a Manhattan taqueria.

Still, she thought her receptionist job was safe; just Friday, the firm had been talking about equipping her with the technology to work from home. At the worst, she thought, she would end up seeing her pay or hours cut for a couple of weeks.

Instead, she spent Monday pursuing jobs she could do from home — transcription, administrative work, teaching English classes online — and applying for unemployment benefits.

“Part of me still feels like this is a dream and in a couple of weeks we’ll all wake up and it’ll be fine,” she said. “It feels very spooky.”

The full extent of the damage remains unclear. New claims for unemployment insurance, ordinarily one of the first indicators to detect trouble in the labor market, actually fell last week, although the data was from early March, before the latest wave of business closures. Challenger, Gray & Christmas, an outplacement firm that tracks layoffs, has counted only a few hundred publicly announced job cuts because of the coronavirus outbreak, although that figure does not include many small businesses that may have eliminated jobs.

Andrew Challenger, the firm’s vice president, said he anticipated more layoffs “fairly quickly.” But he said companies were trying to delay them as long as possible.

“I think there is still in the back of people’s minds that memory of three weeks ago, when we were so firmly in the tightest labor market in 50 years and they were having emergency meetings about not being able to hire for key positions,” he said. “There’s a little whiplash going on.”

The scope of layoffs will help determine how badly the outbreak will damage the broader economy. If companies largely retain workers, the downturn could be relatively shallow and the rebound relatively swift. But if people lose their jobs, and their spending power, the damage could mount. 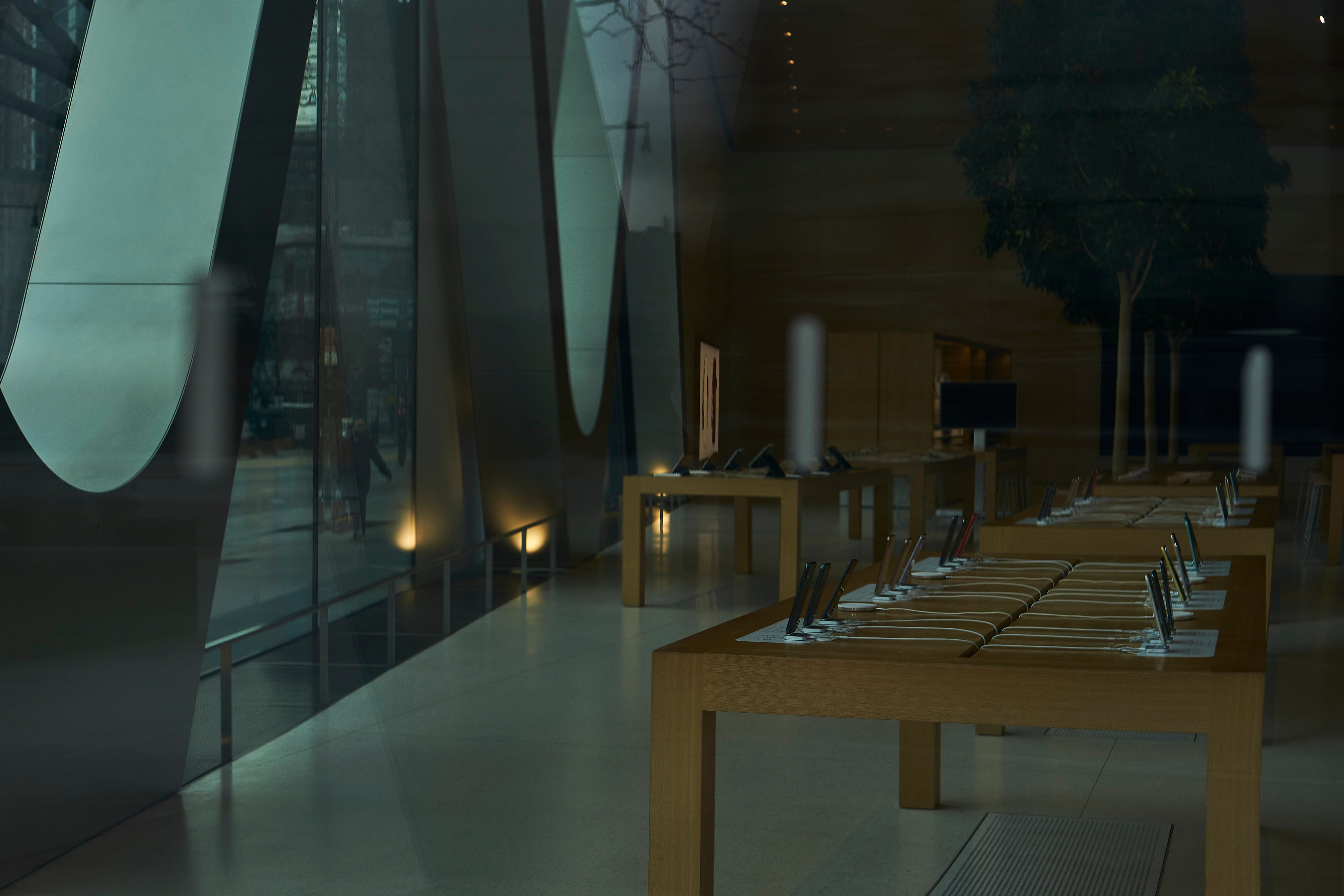 Apple said its stores would close for two weeks, including this one in Brooklyn.

“The question is, do we get trapped in that vicious cycle?” Challenger said. “Do we get stuck where workers who don’t have wages stop going out to buy things?”

The answer could depend in part on what happens to the retail industry, the country’s biggest private-sector employer and one that was already struggling amid the shift to online shopping.

“The big difference between this situation and the financial crisis of 2008 and 2009 is that retailers are already experiencing a lot of challenges right now that they really weren’t experiencing then,” said Jay Sole, a retail analyst at UBS.

Sole suggested that government intervention was possible, noting that the five biggest department stores in the United States accounted for $78 billion in sales and hundreds of thousands of jobs.

“If we’re going to a very fast disorderly change in the retail landscape, I think some of these retailers could be deemed too big to fail,” he said.

Grocery stores and big-box chains have seen sales surge as shoppers rush to secure toilet paper, disinfectant wipes and food. And in an indication of how the outbreak has accelerated the shift to online retail, Amazon announced Monday that it would hire 100,000 workers to handle the surge in demand caused by the crisis.

For brick-and-mortar sellers of “nonessential” items, however, the spread of the virus has spelled trouble. A wave of retailers announced temporary store closings over the weekend, starting with Apple and Patagonia on Friday, and later extending to chains like Lululemon, REI, Abercrombie & Fitch, Urban Outfitters and Nike. Upstarts like Glossier, Warby Parker and Everlane also said they were closing their doors.

The chains emphasized that they would pay their employees for scheduled hours in that time. But many workers wonder how long that can last.

At 5:30 p.m., the Uniqlo clothing store in the Atlantic Terminal shopping mall in Brooklyn is normally packed, with checkout lines snaking back through the aisles and customers squeezing past to riffle through stacks of slim-fit T-shirts and moisture-wicking underwear. But on Monday, the store was nearly empty. 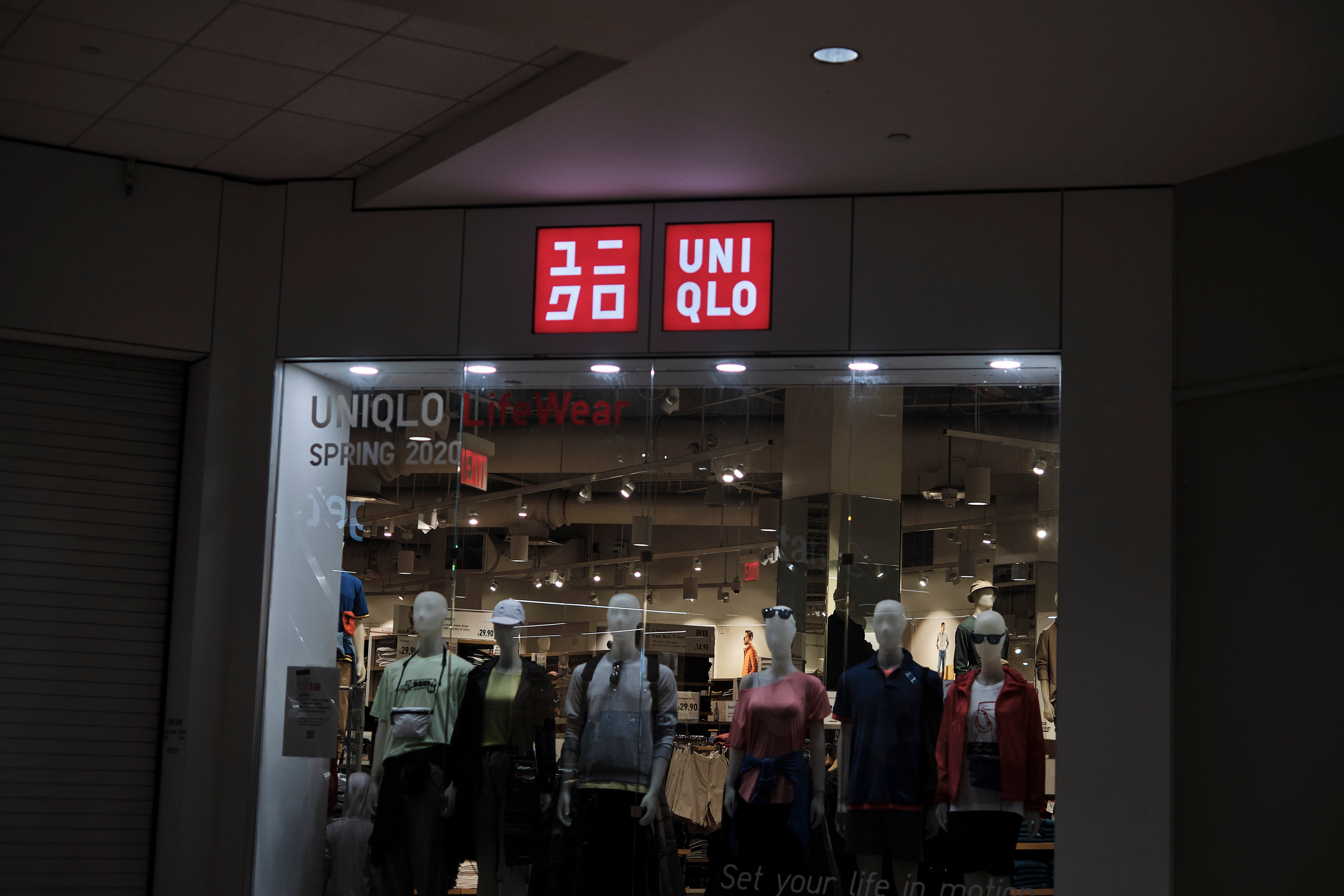 “It’s all we’ve been talking about, because there’s nothing to do,” said Ashley Brutus, a sales worker there, as she stood in front of the fitting rooms, which had been closed because of safety concerns. “We just haven’t been making sales at all.”

Brutus, 19, said she was nervous about continuing to work around people who could be carrying the virus. She was carrying two bottles of hand sanitizer in her pockets, and she kept her distance when the store’s few customers approached to try to use the shuttered changing rooms. But she said she worried about the loss of income, especially for co-workers trying to raise families.

“I’d rather they close to ensure everybody’s safety and health, but on the other hand, what about the people who rely on the hours and income?” she said. “I think everyone should be staying home, but in this economy, it’s really hard to do so.”

On Tuesday, the store was closed.