NEW YORK — A supervisor urged surgeons at Columbia University Irving Medical Center in Manhattan to volunteer for the front lines because half the intensive-care staff had already been sickened by coronavirus.

“ICU is EXPLODING,” she wrote in an email.

A doctor at Weill Cornell Medical Center in Manhattan described the unnerving experience of walking daily past an intubated, critically ill colleague in her 30s, wondering who would be next.

Another doctor at a major New York City hospital described it as “a petri dish,” where more than 200 workers had fallen sick.

The coronavirus pandemic, which has infected more than 30,000 people in New York City, is beginning to take a toll on those who are most needed to combat it: the doctors, nurses and other workers at hospitals and clinics. In emergency rooms and intensive care units, typically dispassionate medical professionals are feeling panicked as increasing numbers of colleagues get sick.

“I feel like we’re all just being sent to slaughter,” said Thomas Riley, a nurse a Jacobi Medical Center in the Bronx, who has contracted the virus, along with his husband.

Medical workers are still showing up day after day to face overflowing emergency rooms, earning them praise as heroes. Thousands of volunteers have signed up to join their colleagues.

But doctors and nurses said they can look overseas for a dark glimpse of the risk they are facing, especially when protective gear has been in short supply.

In China, more than 3,000 doctors were infected, nearly half of them in Wuhan, where the pandemic began, according to Chinese government statistics. Li Wenliang, the Chinese doctor who first tried to raise the alarm about COVID-19, eventually died of it.

In Italy, the number of infected heath care workers is now twice the Chinese total, and the National Federation of Orders of Surgeons and Dentists has compiled a list of 50 who have died. Nearly 14% of Spain’s confirmed coronavirus cases are medical professionals.

New York City’s health care system is sprawling and disjointed, making precise infection rates among medical workers difficult to calculate. A spokesman for the Health and Hospitals Corp., which runs New York City’s public hospitals, said the agency would not share data about sick medical workers “at this time.”

William P. Jaquis, president of the American College of Emergency Physicians, said the situation across the country was too fluid to begin tracking such data, but he said he expected the danger to intensify.

“Doctors are getting sick everywhere,” he said.

Last week, two nurses in New York, including Kious Kelly, a 48-year-old assistant nurse manager at Mount Sinai West, died from the disease. They are believed to be the first known victims among the city’s medical workers. Health care workers across the city said they feared many more would follow.

Riley, the nurse at Jacobi, said when he looked at the emergency room recently, he realized he and his colleagues would never avoid being infected. Patients struggling to breathe with lungs that sounded like sandpaper had crowded the hospital. Masks and protective gowns were in short supply.

“I’m swimming in this,” he said he thought. “I’m pretty sure I’m getting this.”

His symptoms began with a cough, then a fever, then nausea and diarrhea. Days later, his husband became ill. Riley said both he and his husband appear to be getting better, but are still experiencing symptoms.

Like generals steadying their troops before battle, hospital supervisors in New York have had to rally, cajole and sometimes threaten workers.

“Our health care systems are at war with a pandemic virus,” Craig R. Smith, the surgeon-in-chief at NewYork-Presbyterian Hospital, wrote in an email to staff on March 16, the day after New York City shut down its school system to contain the virus. “You are expected to keep fighting with whatever weapons you’re capable of working.”

“Sick is relative,” he wrote, adding that workers would not even be tested for the virus unless they were “unequivocally exposed and symptomatic to the point of needing admission to the hospital.”

“That means you come to work,” he wrote. “Period.”

Arriving to work each day, doctors and nurses are met with confusion and chaos.

At a branch of the Montefiore hospital system in the Bronx, nurses wear their winter coats in an unheated tent set up to triage patients with symptoms, while at Elmhurst Hospital Center in Queens, patients are sometimes dying before they can be moved into beds.

The inviolable rules that once gave a sense of rhythm and harmony to even the busiest emergency rooms have in some cases been cast aside. Few things have caused more anxiety than shifting protocols meant to preserve a dwindling supply of protective gear.

When the pandemic first hit New York, medical workers changed gowns and masks each time they visited an infected patient. Then, they were told to keep their protective gear on until the end of their shift. As supplies became even more scarce, one doctor working in an ICU said he was asked to turn in his mask and face shield at the end of his shift to be sterilized for future use. Others are being told to store their masks in a paper bag between shifts.

“It puts us in danger, it puts our patients in danger. I can’t believe in the United States that’s what’s happening,” said Kelley Cabrera, an emergency room nurse at Jacobi Medical Center.

Doctors and nurses fear they could be transmitting the virus to their patients, compounding the crisis by transforming hospitals into incubators for the virus. That has happened in Italy, in part because infected doctors struggle through their shifts, according to an article published by physicians at a hospital in Bergamo, a city in one of the hardest-hit regions.

Frontline hospital workers in New York are now required to take their temperature every 12 hours, though many doctors and nurses fear they could contract the disease and spread it to patients before they become symptomatic.

They also say it is a challenge to know when to come back to work after being sick. All medical workers who show symptoms, even if they are not tested, must quarantine for at least seven days and must be asymptomatic for three days before coming back to work.

But some employers have been more demanding than others, workers said.

Lillian Udell, a nurse at Lincoln Medical Center, another public hospital in the Bronx, said she was still weak and experiencing symptoms when she was pressured to return to work. She powered through a long shift that was so chaotic she could not remember how many patients she attended. By the time she returned home, the chills and the cough had returned.

Christopher Miller, a spokesman for the Health and Hospitals Corp., said the agency could not comment on Udell’s claim, but said its hospitals had “never asked health care workers who are sick and have symptoms of COVID-19 to continue to work or to come back to work.”

There is also the fear of bringing the disease home to spouses and children. Some medical workers said they were sleeping in different rooms from their partners and even wearing surgical masks at home. Others have chosen to isolate themselves from their families completely, sending spouses and children to live outside the city, or moving into hotels.

“I come home, I strip naked, put clothes in a bag and put them in the washer and take a shower,” one New York City doctor at a large public hospital said.

Because the pathogen has spread so widely, even medical workers not assigned directly to work with infected patients risk contracting the disease.

A gynecologist who works for the Mount Sinai hospital system said she had begun seeing women in labor who were positive for the coronavirus. Because she is not considered a front-line worker, she said, restrictions on protective gear are even more stringent than on COVID-19 units. She said she was not aware of any patients who had tested positive after contact with doctors or nurses, but felt it was only a matter of time.

“We’re definitely contaminating pregnant mothers that we’re assessing and possibly discharging home,” said the doctor, who spoke on condition on anonymity because her hospital had not authorized her to speak.

Mount Sinai said in a statement that it had faced equipment shortages like other hospitals, but added the issues had been solved in part by a large shipment of masks that arrived from China over the weekend. The hospital “moved mountains” to get the shipment, the statement said.

This week, the Health and Hospitals Corp. recommended transferring doctors and nurses at higher risk of infection — such as those who are older or with underlying medical conditions — from jobs interacting with patients to more administrative positions.

But Kimberly Marsh, a nurse at Westchester Medical Center outside New York City, said she has no intention of leaving the fight, even though she is a 53-year-old smoker with multiple sclerosis and on a medication that warns against getting near people with infections.

“It almost feels selfish,” she said, though she acknowledged that with two years before retirement she could not afford to leave if she wanted to.

Even so, she said, the fear is palpable each time she steps into the emergency room. A nurse on her unit has already contracted the virus and one doctor is so scared he affixes an N95 mask to his face with tape at the beginning of each shift. Marsh said she sweats profusely in her protective gear because she is going through menopause and has hot flashes.

“We all think we’re screwed,” she said. “I know without any doubt that I’m going to lose colleagues. There’s just no way around it.” 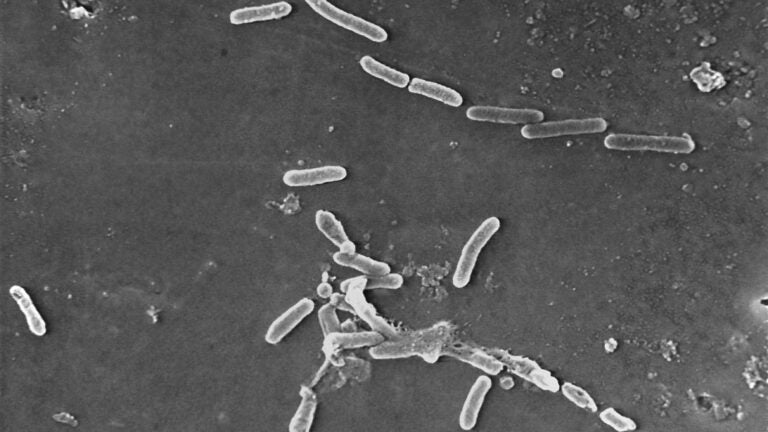