NEW YORK — New York City officials are starting to lay chilling contingency plans if deaths from the coronavirus outbreak begin to overwhelm the capacity of morgues: temporarily burying the dead in one of the city’s public parks.

Mark Levine, chairman of the City Council health committee, said the office of the chief medical examiner was looking into creating temporary mass graves in a public park as it confronts the possibility that deaths from the coronavirus outbreak may soon exceed the capacity of city and hospital morgues.

Levine declined to say which park was under consideration, noting only that it would likely have to be a large one “out of the way of the public.”

Mayor Bill de Blasio said Monday that no such plan had been put in place yet, although he acknowledged it was under consideration.

The medical examiner’s office said in a statement, “We are planning for all possibilities, however no decision on this has been made, and there is still adequate capacity at this time.”

Levine, however, said in an interview: “This is definitely not in the hypothetical stage now. I think it’s fair to say we are moving to do this.”

In one of his posts on Twitter, Levine said that the bodies could be placed in “trenches dug for 10 caskets in a line.”

“It will be done in a dignified, orderly — and temporary — manner,” he wrote.

This tweet has gotten a lot of attention. So I want to clarify: the is a contingency NYC is preparing for BUT if the death rate drops enough it will not be necessary. https://t.co/6wLO8qWtML

Last week, the medical examiner’s office rushed 45 new refrigerated trailers to hospitals around the city that had started to report that their in-house morgues were filling up. The delivery of the mobile freezer units came as part of a plan — the “Pandemic Influenza Surge Plan for In- and Out-of-Hospital Deaths” — that the medical examiner has been using to deal with the sharp rise in the number of bodies.

Levine said plans for the possible use of “temporary interment” had been mapped out as part of that plan. He said the city had to face the reality that “traditional burial system has largely frozen up.”

“We are relying on freezers now to hold bodies, but that capacity is almost entirely used up,” he said, describing temporary interment as “essentially an extension of the freezer system.”

In recent days, the virus has tripled the number of people dying in the city compared with an average day.

Not only are hundreds of people dying in hospitals, straining their morgues, but the number dying at home is exploding, said Aja Worthy Davis, a spokeswoman for the medical examiner’s office. Before the pandemic, she said, at-home deaths ranged between 20 and 25 a day. Now they average around 200, she said.

Levine said the possible sites for mass burials would be a city park or on Hart Island in the Bronx, where inmates from Rikers Island are typically employed to bury the indigent in potter’s field.

Hart Island has logistical challenges because it is inaccessible and is a secure Department of Correction facility, so there are limitations on who can go there and under what circumstances, Levine said.

De Blasio, asked about the city’s capacity to accommodate the dead, said, “I just don’t want to go into detail because I don’t think it’s a great thing to be talking about publicly, but we have the capacity we need.” 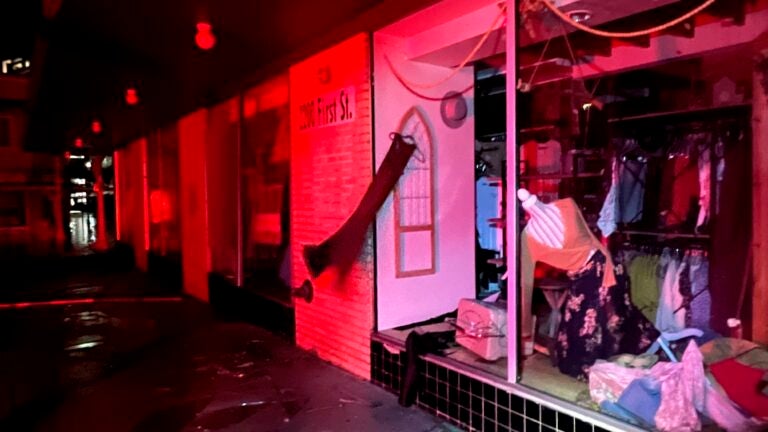