She turned to Phil McGraw, better known as Dr. Phil, television psychologist to the masses.

He acknowledged that the novel coronavirus is killing Americans – more than 33,000 as of early Friday – but also wondered why the economy would shut down over the pandemic but continues to function as people die from lung cancer, car crashes and pool drownings. (Unlike coronavirus, none of the causes of death listed by Dr. Phil are contagious.)

“We don’t shut the country down for that,” said Dr. Phil, after he cited inaccurate statistics on accidental deaths. “Yet we are doing it for this and the fallout is going to last for years because people’s lives are being destroyed.”

The conflicting views, one from the most qualified source available on the topic and the other from a talk-show host with questionable credentials, highlighted again how expert advice on the novel coronavirus has frequently been undermined by celebrity doctors with little to no infectious disease experience.

Fauci, director of the National Institute of Allergy and Infectious Diseases and a member of the White House coronavirus task force, urged a cautious approach on Ingraham’s show Thursday night. His advice was quickly undercut by Dr. Phil in a following segment, when he argued states should reopen their economies even if lives might be lost to the virus to prevent anxiety and depression.

“People are dying from the coronavirus,” Dr. Phil said. “I get that.”

Then, he launched into his theories about what might happen if people don’t return to work and school soon. In doing so, he cited incorrect statistics and repeated talking points Fauci and other experts have disputed.

The conversations came after President Donald Trump released new federal guidelines on Thursday that lay out a three-phase plan to eventually return to normal in places with minimal cases of the coronavirus. The recommendations place the onus on governors and mayors to determine when and how to return to normalcy.

Dr. Phil joins other social distancing naysayers, like Mehmet Oz, another TV doctor who told Fox News’ Sean Hannity on Wednesday that an unmitigated coronavirus death toll might be a “trade-off” worth making to reopen schools. Drew Pinsky, known for his 30 years as host of the radio show “Loveline” and as a reality TV regular, also sparked controversy when he compared the coronavirus to the flu. (Unlike Dr. Phil, both Dr. Oz and Dr. Drew are physicians, though neither is an expert in infectious diseases.)

Fauci, who is a licensed physician and immunologist, joined Ingraham to discuss the guidelines he helped write for slowly reopening the economy. He ended up having to dispute questionable claims the Fox News host repeated that compared the novel coronavirus to HIV and SARS and downplayed the need for a vaccine. Fauci and others have suggested some level of social distancing guidelines may need to remain in place until a vaccine is developed.

Fauci responded by pointing out the stark differences between HIV, the virus that caused SARS and the novel coronavirus. He said HIV was “entirely different” because researchers developed effective treatments that allow people to live with HIV/AIDS. And SARS, he said, disappeared on its own, which ended efforts to develop a vaccine.

“I think it is a little bit misleading, maybe, to compare what we’re going through now with HIV or SARS,” Fauci told Ingraham. “They’re really different.”

“But, we don’t know,” Ingraham said in response. “This could disappear. I mean, SARS did pretty much disappear. This could as well, correct?”

“You know, anything could, Laura,” Fauci said. “But I have to tell you, the degree of efficiency of transmissibility of this is really unprecedented in anything that I’ve seen. It’s an extraordinarily efficient virus in transmitting from one person to another. Those kind of viruses don’t just disappear.”

Fauci spent the rest of his time on “The Ingraham Angle” explaining the need for a piecemeal approach to reopening the economy. He stressed that states should meet all of the criteria in each phase of the White House’s guidelines before moving on to the next and remaining vigilant, and willing to close down again, for renewed outbreaks.

Dr. Phil, who has a doctorate in clinical psychology but is not licensed to practice medicine, spoke about the mental toll of isolation under the stay-at-home orders aimed at slowing the spread of coronavirus. He suggested more people will suffer mental-health issues, like anxiety and depression, because of job losses and economic impacts of the pandemic than will catch the virus.

That’s when the TV psychologist compared coronavirus deaths to those caused by automobile accidents, smoking and drowning. Fauci has criticized the comparison to car accidents in the past, calling it a “false equivalency.”

According to data from the Centers for Disease Control and Prevention, swimming pool-related deaths are much lower than the figure offered by Dr. Phil on Fox News. About 3,500 people unintentionally drown each year in the U.S., and not all of them drown in pools, according to the CDC.

At least 33,286 people have died of the novel coronavirus and more than 671,000 people have been diagnosed with covid-19 in the U.S. as of Friday morning.

Among them was Rep. Ted Lieu, D-Calif., who pointed out that about 4 percent of reported covid-19 cases have ended in a death (although experts believe the actual fatality rate is far lower because of the number of untested people who likely have a mild or asymptomatic case of coronavirus).

This statement from Dr. Phil is stupid. None of the things he mentions is contagious.

Also, the case fatality rate of #COVID19 is over 4% in US. If 4% of people who routinely went swimming would die & 15% would end up in the hospital, I guarantee Dr. Phil would not go swimming. https://t.co/UmOx7QBtkH

Covid-19, the respiratory illness caused by the novel coronavirus, has rapidly become a leading killer of Americans. Between April 6 and April 12, the virus killed more people in the United States than any other cause of death except heart disease.

“The case fatality rate of #COVID19 is over 4% in US,” Lieu wrote on Twitter. “If 4% of people who routinely went swimming would die & 15% would end up in the hospital, I guarantee Dr. Phil would not go swimming.” 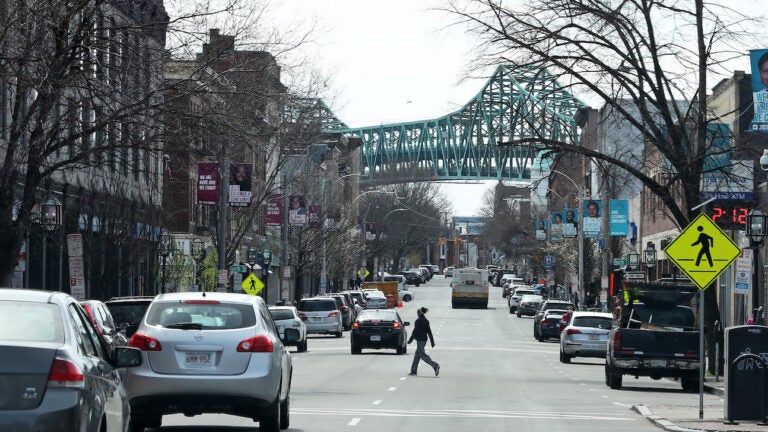