The Department of Defense confirmed what seekers of extraterrestrial life have long hoped to be true: They’re real.

At least, these three videos are. What the videos show? The government isn’t so sure there.

On Monday, the Pentagon released three Navy videos that have driven speculation about unidentified flying objects for years, saying it meant to “clear up any misconceptions” about whether the unclassified footage was real or complete.

It’s real, the Pentagon said, including links so the curious could download the footage for themselves.

The videos, captured by naval aviators, show objects hurtling through the sky, one rotating against the wind, and pilots can be heard expressing confusion and awe. When they first appeared online, they breathed new life into the decadeslong conversation about whether interstellar visitors had ever come to Earth.

The Pentagon’s release cheered enthusiasts in the search for extraterrestrial life, even though experts caution that earthly explanations usually exist for such sightings — and that when people don’t know why something happened, it does not mean it happened because of aliens. When the videos were published in 2017 and 2018 by The New York Times and a company called To the Stars Academy of Arts & Sciences, they gave new hope to those looking for signs of extraterrestrial life.

Navy pilots spoke about objects that seemed to defy the laws of physics. Details emerged about a mysterious, five-year Pentagon program and claims of metal alloys said to have been recovered from unidentified phenomena. Former Senate Majority Leader Harry Reid, D-Nev., spoke about his long push for more research on unidentified flying objects.

For Reid, the officially released videos are only a glimpse of what the public might learn about UFOs and other mysteries of space.

“I’m glad the Pentagon is finally releasing this footage, but it only scratches the surface of research and materials available,” he said Monday on Twitter. “The U.S. needs to take a serious, scientific look at this and any potential national security implications. The American people deserve to be informed.”

I’m glad the Pentagon is finally releasing this footage, but it only scratches the surface of research and materials available. The U.S. needs to take a serious, scientific look at this and any potential national security implications. The American people deserve to be informed. https://t.co/1XNduvmP0u

The Pentagon has never made any assertion about what exactly is going on in the videos, recorded in late 2004 and early 2015 over the Pacific and off the East Coast. “The Navy has confirmed that the three videos that are in wide circulation are indeed recordings made by naval aviators,” Susan Gough, a Pentagon spokeswoman, said last year. “The Navy has always considered the phenomena observed in those videos as unidentified.”

The agency stood by that characterization Monday. It added that, “after a thorough review,” it had determined the videos did not reveal “any sensitive capabilities or systems,” and did not “impinge on any subsequent investigations of military air space incursions by unidentified aerial phenomena.”

Nevertheless, some observers were encouraged that the Pentagon’s release was a move toward what Tom DeLonge, former guitarist and singer for Blink-182, called “the grand conversation.”

In 2017, DeLonge and several former government employees founded To the Stars Academy of Arts & Sciences, a private company that collects and researches documents and materials related to unidentified aerial phenomena.

In an emailed statement, DeLonge called the Pentagon’s release “monumental news” that “removed doubt around the authenticity of evidence in the public domain.”

“We believe that this level of recognition is exactly what is required to eliminate the extreme skepticism surrounding UAP events, so we can finally move forward to sharing and analyzing reliable data from respected institutions,” he said. “After 70 years of misinformation, it’s time that we make progress to understand the extraordinary technology being observed during these events.”

Luis Elizondo, director of government programs with the company, echoed the former senator in a statement.

“In these uncertain times, it is more important than ever that governments speak the truth to their citizens, as it is the most important pillar of a democracy,” he said. “We commend the leadership at the Department of Defense for sharing the truth and TTSA is optimistic that they will continue to share more information transparently as it becomes publicly available.”

“We are fueled by the Pentagon’s significant actions and hope this encourages a new wave of credible information to come forward,” he added.

Astrophysicists say there are many potential explanations for what appears in the Navy videos, including atmospheric effects, reflections and bugs in the code of imaging and display systems of fighter jets.

The U.S. government has periodically looked into reports of unidentified aerial phenomena since at least the 1950s. In 1954, President Dwight D. Eisenhower told reporters the Air Force had assured him that flying saucers were not invading the Earth from outer space. For decades, NASA has searched for conditions that could allow life beyond Earth, and for evidence of any life itself. And for at least as long, bands of astronomers, scientists and enthusiasts outside the government have looked for signals in the silence and the noise of space. 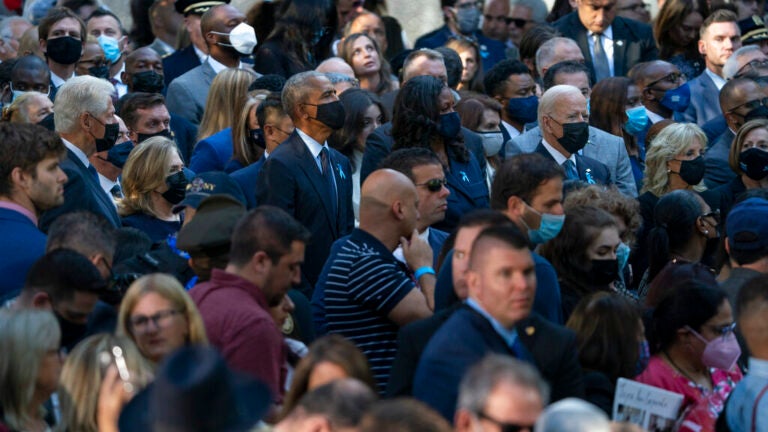