WASHINGTON – President Donald Trump expressed support Friday for armed protesters who had stormed the Michigan Capitol, demanding the state lift coronavirus restrictions, as researchers estimated that the coronavirus pandemic could stretch on for two more years.

Trump tweeted Friday that “these are very good people, but they are angry. They want their lives back again, safely!”

Trump said Michigan Gov. Gretchen Whitmer, a Democrat, “should give a little, and put out the fire.”

Hundreds of people, including a militia group armed with military-style rifles, rushed the State Capitol in Lansing on Thursday, with some forcing their way into the building and facing off with law enforcement. An angry mob screamed “Lock Her Up” and insults about Whitmer.

Trump’s “very good people” language recalled his wording nearly three years ago, when he said there were “very fine people on both sides” at a deadly white-supremacist rally in Charlottesville, Virginia.

“See them, talk to them, make a deal,” Trump wrote Friday.

It is not clear what kind of deal Trump had in mind, but he has rooted for states to lift many of the tightest restrictions on movement and commerce and allowed a national stay-at-home recommendation to expire Thursday night.

“Look, the president was referencing, generally, that in this country you have a First Amendment right to protest,” White House press secretary Kayleigh McEnany said when asked about the apparent presidential endorsement for the Michigan protest tactics.

“I think that’s something we all treasure here and we should, rightfully,” McEnany said. “You have a right to do that constitutionally, but you must protest within the bounds of the law. He encourages everyone to protest lawfully.”

Whitmer extended the statewide order to maintain social distancing, but Michiganders are now allowed limited travel, golf and boating. The state is not close to meeting White House recommendations that states see a 14-day decline in coronavirus cases before beginning to relax lockdowns. Trump recently criticized Georgia Gov. Brian Kemp, a Republican, for allowing some businesses to open before the state had met the federal guidelines.

Two of Trump’s golf courses – in Doral, Florida, and Bedminster, New Jersey – are reopening after local lockdowns were relaxed.

More than half of the nation’s governors are relaxing pandemic restrictions in their states by the end of this week, but some health experts fear the virus will spike, setting off another round of closures. Millions of Americans will be able to return to stores, restaurants and movie theaters this weekend.

Indiana Gov. Eric Holcomb, a Republican, on Friday unveiled a detailed framework for reopening the state, a step-by-step loosening of restrictions beginning Monday and continuing in the weeks ahead – with a goal of resuming normalcy by July 4.

But some state leaders are moving more cautiously in balancing the urgent need to reopen the economy with public health concerns over a virus that had killed nearly 65,000 people in the United States as of Friday.

Stay-at-home restrictions are being extended in Ohio, Massachusetts, Minnesota, Arizona and Washington. As many rural and suburban areas reopen, cities are staying firmly shut.

“It’s being done with tremendous gusto and vigor,” Trump said about the reopening process.

Trump spoke before he left the White House for the first time since March 28, for a weekend visit to Camp David, the presidential retreat in Western Maryland.

On Tuesday, Trump is scheduled to travel to Phoenix, where he plans to visit a Honeywell facility that is manufacturing N95 respirator masks at an existing aerospace facility to meet increased demand during the pandemic, according to the White House. Arizona Gov. Doug Ducey, a Republican, recently extended a stay-at-home order in the state until May 15.

Meanwhile, the Food and Drug Administration is granting emergency authorization to remdesivir, a move that allows health-care providers to administer the drug intravenously to treat covid-19, the disease the virus causes, in adults and children hospitalized with severe cases.

Earlier this week, the nation’s top infectious-disease specialist, Anthony Fauci, announced that trial data showed the antiviral drug had a “clear-cut, significant, positive effect in diminishing the time to recovery.”

Despite the promising news, a report from the Center for Infectious Disease Research and Policy (CIDRAP) at the University of Minnesota warned of a dip in cases followed by a sharp resurgence this fall or winter that is even more severe than the current spike.

The outbreak could run for two more years, with recurring spikes until roughly two-thirds or more of the population is immune, researchers estimated.

The late-season spike is among three scenarios researchers predict for the Northern Hemisphere. The other two include smaller waves following the current spring 2020 peak and a “slow burn” of repeated, smaller waves for the next 18 to 24 months.

In all three scenarios, people will continue to die. A vaccine is not predicted to significantly change the projections because one will realistically not be available until after the worst of the outbreak, the report said.

Trump on Thursday touted a fast-track effort to develop a vaccine and distribute it nationally, and his medical experts agree that a vaccine is the best hope for sidelining the virus eventually.

Schools in New York will remain closed for the rest of the academic year, with students expected to continue distance learning for the final two months of the semester, Gov. Andrew Cuomo, a Democrat, said Friday. The decision affects roughly 2.6 million children, including in the United States’ largest school district in New York City.

“We must protect our children. Every parent, every citizen feels that we must protect our students,” Cuomo said, noting it is not possible, given the challenges from the coronavirus pandemic, to bring students, teachers and staff back to school safely.

Cuomo said a decision on whether to hold summer school will be made by the end of May but noted it was too early to make a determination on plans for in-person classes resuming in the fall.

“The fall is a long time away,” Cuomo said.

Friday’s decision caps what had been at times a tense standoff between the governor and his longtime political rival, New York Mayor Bill de Blasio, a Democrat. The mayor said April 11 that New York City schools would close for the year, only to be contradicted by Cuomo hours later. The two spent days locked in a dispute over who had authority over the nation’s largest school district.

New York joins 43 states and the District in ordering schools closed for the remainder of the year.

Also Friday, the Centers for Disease Control and Prevention said coronavirus cases were confirmed among thousands of workers in meat and poultry processing facilities across the country in April, affecting more than 100 plants in upward of a dozen states.

The CDC said it examined data from 115 meat or poultry facilities in 19 states. These plants employed more than 130,000 workers, more than 4,900 of whom had confirmed cases. At least 20 coronavirus deaths were reported.

These numbers are likely an undercount, because the CDC report says not all states with coronavirus cases in such facilities contributed data. The prevalence of testing also likely played a role, the CDC found, with more infections reported in places with more testing.

A day after Trump said he had seen evidence that suggested the virus leaked from a virology laboratory in Wuhan, China, the World Health Organization underscored its view that the virus is not man-made but that it is still working to understand how the virus jumped to humans.

“We have listened again and again to numerous scientists who have looked at the sequences and looked at this virus. We are assured that this virus is natural in origin,” said Mike Ryan, WHO emergencies chief.

How the coronavirus spread to humans is one of the most controversial questions of the pandemic. Some U.S. officials have promoted the idea that the outbreak may have been started inadvertently through a leak at a bioresearch facility in Wuhan, although researchers say this is unlikely and not supported by any public evidence.

European Commission President Ursula von der Leyen has voiced support for an investigation of the origins of the virus, lending European Union backing to a suggestion that Chinese officials have opposed.

This week, Sweden’s health minister said her government plans to ask the E.U. for an international investigation of the source of the coronavirus.

“When the global situation of Covid-19 is under control, it is both reasonable and important that an international, independent investigation be conducted to gain knowledge about the origin and spread of the coronavirus,” Lena Hallengren wrote Wednesday to parliament.

Australian Prime Minister Scott Morrison has also called for a global inquiry into the coronavirus outbreak, although he said Friday that he had no evidence to suggest the virus could have leaked from a laboratory.

Chinese officials have pushed back against calls for an inquiry. This week, Beijing’s ambassador to Australia hinted that Chinese consumers could boycott Australian products if Canberra continues to call for an investigation, which he described as “pandering” to Washington.

India will extend its nationwide lockdown for another two weeks, while also allowing significant relaxations in parts of the country less impacted by the coronavirus.

The lockdown – one of the harshest in the world – was due to end Sunday, and the government is still struggling to contain the growing outbreak. While coronavirus cases have steadily risen to over 35,000 with more than 1,100 deaths, the rate of doubling has slowed considerably, which officials attribute to the strict lockdown.

Some restrictions will continue nationwide. Travel by air, rail and rapid transit, and interstate movement on roads is still prohibited. Educational institutions, restaurants, hotels, cinema halls and gyms will continue to remain shut. All religious and social gatherings are banned. 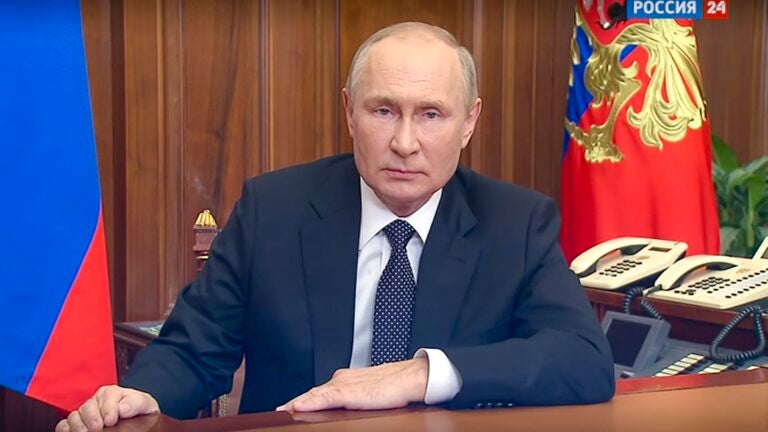