The chief’s interaction with Floyd’s brother, Philonise Floyd, occurred live on CNN. It was the first exchange between the family and the police department since George Floyd’s death a week ago and came as Arradondo visited a memorial site dedicated to Floyd on Sunday to “pay his respects” and offer prayer to his family and the community.

“In my mind, this was a violation of humanity,” he told CNN of seeing the video of Floyd’s death and his move to fire the officers involved. “This was a violation of the oath that the majority of the men and women who put this uniform on — this goes absolutely against it. This was contrary to what we believe in … it was an absolute truth that it was wrong. Period.”

Arradondo then said if he could speak to the Floyd family, he would apologize.

“I’m absolutely devastatingly sorry for their loss,” the chief said. “And if I could do anything to bring Mr. Floyd back, I would move heaven and earth to do that.”

Within minutes, CNN relayed a question from Philonise Floyd, who had been speaking to host Don Lemon, to the chief, asking if Arradondo believed all four officers should be arrested and convicted.

“Being silent or not intervening to me, you’re complicit,” Arradono said. “So I don’t see a level of distinction any different. So obviously the charging and those decisions will have to come through our county attorney’s office, certainly the FBI is investigating that. But to the Floyd family, I want you to know that my decision to fire all four officers was not based on some sort of hierarchy. Mr. Floyd died in our hands, and so I see that as being complicit.”

The chief said he doesn’t see a difference between the actions of former officer Derek Chauvin, who was seen in citizen video kneeling on George Floyd’s neck as he pleaded he couldn’t breathe, and the others who stood by. Chauvin was charged with third-degree murder and manslaughter on Friday. Minnesota Gov. Tim Walz announced Sunday that Attorney General Keith Ellison will lead any prosecutions in Floyd’s death.

Floyd’s death has sparked days of protests in Minneapolis and other cities across the country, including Boston. 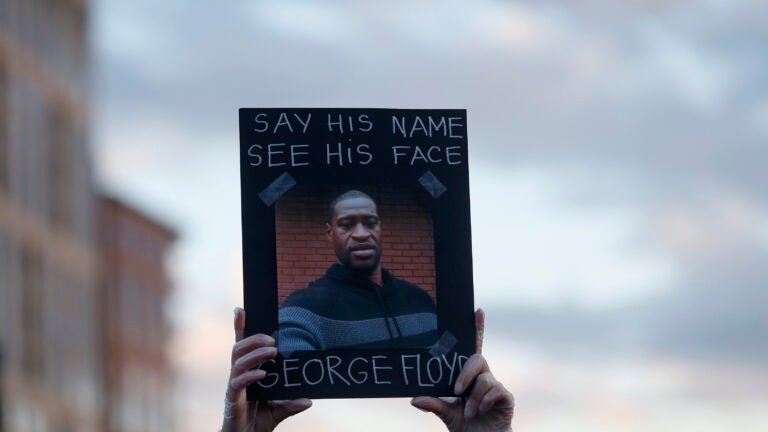