The University of Central Florida said Thursday that it had opened an investigation into complaints of bias against a professor who made comments on Twitter this week that were roundly condemned as racist.

The professor, Charles Negy, is a prolific commentator on Twitter and the author of a book titled “White Shaming: Bullying Based on Prejudice, Virtue-Signaling, and Ignorance.”

The university said Thursday it was investigating his Twitter posts as well as accusations of bias in Negy’s classroom.

“We have been receiving complaints alleging bias and unfair treatment in Dr. Negy’s classroom and have launched an inquiry to gather more information,” the university president, Alexander Cartwright, and two other university officials wrote in a letter to the campus community.

“Everyone has the right to their personal beliefs, but no university employee may mistreat or discriminate against students in their classes or in any other setting,” the letter stated. “No student should fear they will be treated differently because of others’ personal biases.”

The university announced the inquiry one day after Negy, an associate professor of psychology, wrote on Twitter, as thousands of demonstrators protested the death of George Floyd, that he had a “sincere question.”

“If Afr. Americans as a group, had the same behavioral profile as Asian Americans (on average, performing the best academically, having the highest income, committing the lowest crime, etc.), would we still be proclaiming ‘systematic racism’ exists?” he wrote on Twitter.

In another tweet Wednesday, he wrote, “Black privilege is real: Besides affirm. action, special scholarships and other set asides, being shielded from legitimate criticism is a privilege. But as a group, they’re missing out on much needed feedback.”

Negy’s remarks prompted outrage among students and faculty and led to calls for him to be fired. On Twitter, the university denounced Negy’s remarks but said they could be considered constitutionally protected speech.

“Being actively anti-racist means calling out and confronting racist comments,” the university wrote. “We are aware of Charles Negy’s recent personal Twitter posts, which are completely counter to UCF’s values. We are reviewing this matter further while being mindful of the First Amendment.”

Being actively anti-racist means calling out and confronting racist comments. We are aware of Charles Negy’s recent personal Twitter posts, which are completely counter to UCF’s values. We are reviewing this matter further while being mindful of the First Amendment.

The University of Central Florida, near Orlando, enrolls more than 69,000 students. Negy, 60, was granted tenure by the university in 2001, according to his résumé.

His book, according to a synopsis, argues that “white Americans and white culture frequently are under siege for a host of transgressions, ranging from colonialism to slavery, Jim Crow laws to racism, and from microaggressions to white privilege.”

In an interview Thursday, he defended his remarks, saying, “Why would I resign?”

“Despite what so many ‘haters’ are saying about me on Twitter, I’ve never said ANYTHING critical of George Floyd,” Negy said in an email. “The man was murdered in cold blood by a man who was a total sadist. So cruel.”

Negy added that while he was not a white supremacist or racist, he was critical of all ethnic and cultural groups.

“In my classes, we critically look at various groups, including whites,” he said. “There is no way I can be brutally honest about each racial/cultural group without offending someone.”

Michael Johnson, the interim provost, said that tenured faculty members at the public university can generally be removed only for incompetence or misconduct, which would have to be proved through a careful investigation.

“We can act when people’s conduct is in the course of their job, when it’s in their classroom, when it’s with their colleagues,” he said during an online meeting with students angered by Negy’s comments. “People’s behavior is something we can act upon. But we can’t act on people’s speech outside the university.”

He also said that even though the Constitution and the principle of academic freedom protect the right of faculty members to hold and teach unpopular views, “that does not make what Dr. Negy said on Twitter any less vile.”

“The classroom must be a level playing field for all students,” he said.

Cartwright called Negy’s remarks “racist and abhorrent” and said that the university would take action if it found evidence of discrimination in the classroom or on campus. 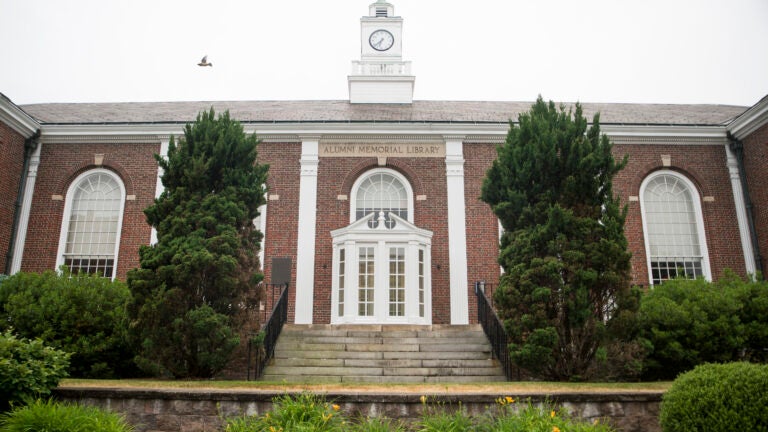