Mark Urquiza, 65, should still be alive, his daughter wrote in a scathing obituary, published Wednesday in the Arizona Republic.

“His death is due to the carelessness of the politicians who continue to jeopardize the health of brown bodies through a clear lack of leadership, refusal to acknowledge the severity of this crisis, and inability and unwillingness to give clear and decisive direction on how to minimize risk,” she wrote.

The searing tribute encapsulates the fury of critics who say governments at multiple levels are failing at their most basic duty: keeping citizens safe. The obituary also nods at the outbreak’s disproportionate impact on black and Hispanic communities, who have been devastated by higher rates of coronavirus-related hospitalization and death.

Among the leaders whom Kristin Urquiza feels disregarded her father, a Mexican American Phoenix resident who worked in manufacturing, are Arizona Gov. Doug Ducey, a Republican, and the Trump administration. Ducey, she said, “has blood on his hands” for beginning to reopen the state in early May, roughly three weeks before new infections started to rise quickly.

Patrick Ptak, a spokesperson for Ducey, said in a statement: “Our hearts go out to the family and loved ones of Mark Anthony Urquiza. We know nothing can fully alleviate the pain associated with his loss, and every loss from this virus is tragic.”

A spokesperson for Trump did not immediately respond to a request for comment.

Mark Urquiza rarely left the house while Arizona’s stay-at-home order was in place except to do his job, which was deemed essential, his daughter said. He started to go out with friends after Ducey and Trump said people could safely resume their normal lives, even as his daughter begged him to stay home.

Kristin Urquiza remembers that as the state continued to reopen, her father told her the governor was encouraging residents to go out in public again. Why would he do that if it were still dangerous? Mark Urquiza asked his daughter.

Inspired by the famous AIDS quilt meant to humanize victims, Kristin Urquiza wrote to Ducey, asking him to attend her father’s funeral to see a result of what she called his “inaction and active denial” of the pandemic’s effects. Ducey’s office, she said, did not reply.

Ptak declined to say whether the governor received the letter and whether anyone from his office responded.

About three weeks after Arizona’s stay-at-home order expired, Mark Urquiza developed a cough and a high fever, according to his daughter. His family arranged for him to take a coronavirus test the next day, but Kristin Urquiza said he never received the result.

By June 16, Mark Urquiza felt sick enough that he asked to go to a hospital. There, his daughter said, he tested positive for the virus.

Kristin Urquiza said she struggled to get news about her father’s condition from his doctors and nurses, who were stretched thin by a surge of patients. Sometimes, she said her family spent hours on the phone with hospital employees, trying desperately to get information.

Mark Urquiza died on June 30, four days after entering the ICU. His family never determined how he got infected. A GoFundMe page raised money for his funeral.

Since then, Kristin Urquiza said she has felt like a storm is forming inside her body, preparing to bear down on the desert of her home state. She started an ofrenda, a traditional Mexican display to honor the dead, for her father outside the state capitol. When it came time to write his obituary, Kristin Urquiza said, “there was no question in my mind that I wouldn’t just say the truth.”

She has also channeled her rage into a social media campaign called “Marked by Covid,” which uses a play on her father’s name to spread information about covid-19 in hopes of preventing other families’ suffering. She said the Trump administration, for its part, should create an enforceable federal mask requirement and stop downplaying the advice of its health experts.

The nation’s leaders, Kristin Urquiza said, have failed to lead.

“This entire tragedy is the fault of a terrible policy,” she said, “and on top of that, inconsistent and embarrassing leadership.” 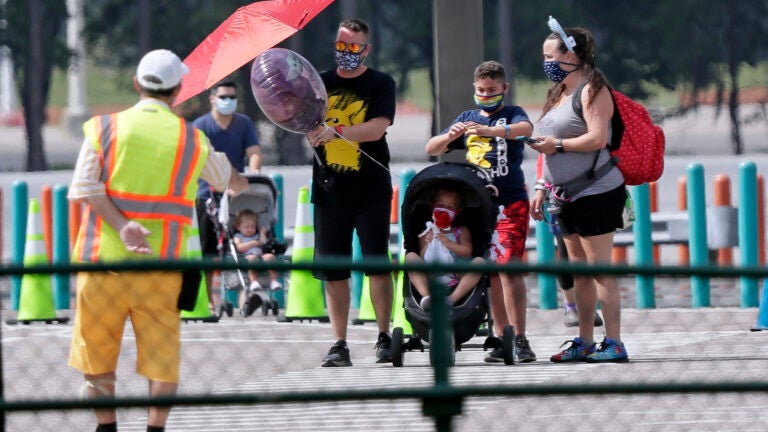