After 25 years of working in financial aid, Brad Barnett understands the devastating effect a job loss can have on a college student’s ability to graduate. He has heard the pleas from families desperate for a few more dollars to cover tuition when household budgets get stretched thin.

But whereas years past brought a handful of requests, the last few months have delivered a steady stream of them, as the novel coronavirus spawns a national unemployment rate over 10%. By the end of June, Barnett’s team at James Madison University in Virginia had received 231 appeals for additional aid based on a loss of income – nearly 13% more than students had submitted for all of the previous year.

“It’s all very similar: ‘My financial situation looks nothing like it did before because my parents have lost their job or I’ve lost my job,'” said Barnett, the financial aid director at JMU. “They all have that underlying theme, but the impact on each individual is very different … and can be very detrimental.”

Financial aid officers can use their professional judgment to adjust the award package of students contending with a job loss, salary reduction or other circumstances that make it hard to pay for school. It’s not an uncommon practice, but it can be daunting for students. And it can be risky for schools, which can face scrutiny from the Education Department if they offer too many people help.

Guidance issued Thursday by the department assures colleges that lending a hand to a higher number of students during the pandemic will not trigger an investigation. It upholds a key part of guidance the Obama administration issued during the Great Recession, though it ignores other elements that would make it easier for financial aid officers to help students.

Still, the agency’s latest directive provides a safe harbor for colleges and universities as they brace for an influx of appeals. A recent survey conducted by the National Association of Student Financial Aid Administrators found that 90% of financial aid offices at 293 participating schools anticipate an increase in requests between May 26 and October 1 compared with the prior year.

At the beginning of this month, the University of North Carolina at Chapel Hill had logged more than 400 financial aid appeals, nearly double the number it received the same period a year earlier, said Rachelle Feldman, the school’s associate provost of scholarships and student aid.

“We have a lot of rural areas, a lot of small business owners or people who work in high-risk industries like factories and chicken plants,” she said. “Those families are quite vulnerable.”

As appeals climbed in late spring, the school promised to process requests when fall reopening plans were finalized this summer and after getting more federal guidance on award adjustments.

Before this week, the Education Department was unclear on whether the decade-old guidance, which gave colleges leeway to adjust a greater share of financial aid awards, still applied. In May, a senior official at the department said the 2009 guidance was no longer active, as NPR first reported. In June, the agency called the guidance outdated while promising to update it.

In the interim, Feldman and other financial aid experts worried about the chilling effect the lack of clear guidelines would have on schools without the resources to endure an audit.

Thursday’s guidance ameliorates that concern, though it fails to address aspects of the Obama-era guidance that sought to help students receiving unemployment benefits. The 2009 policy gave schools the blanket authority to zero out all income, including unemployment benefits, in recalculating financial aid packages to speed up the process. It also had states alert recipients to the possibility of having their school adjust their aid award.

“Although it would have been nice to have the full guidance from the last recession period, I am very pleased to see the department state explicitly that it will not use the number of professional judgments a school performs as a factor in program reviews,” Feldman said.

The Education Department did not immediately respond to requests for comment.

By now, most students have already filled out the Free Application for Federal Student Aid, or FAFSA, which the government and colleges use to determine need-based and some merit-based aid. But for many families, a lot has changed since they submitted the form, which relies on tax data from two years ago.

Congress gives financial aid officers the flexibility to reconsider aid packages when unforeseen events or expenses not captured on the FAFSA, such as day-care costs, affect a family’s ability to pay for college. Professional judgment reviews can decrease students’ expected family contributions or increase their estimated cost of attendance, making them eligible for more grants and loans.

Families can appeal for more aid throughout college, even if their financial circumstances change in the middle of the term. But students from low-income households may not see much if any difference in their packages if they are already receiving the maximum award amount for federal grants and loans.

“We try to prepare students for what to expect from these requests,” said Nathan Lohr, associate director of financial aid at Indiana University-Purdue University Indianapolis. “We have students who have experienced a significant income loss but were already eligible for maximum federal aid, so we’re making sure to connect them with resources that can help.”

To date, the public research university has seen a nearly 20% increase in appeals compared with last year. Lohr expects those requests to grow as the fall approaches, particularly when charges appear on student accounts and financial aid is disbursed.

Professional judgment reviews are primarily used to determine federal aid eligibility. If a student’s expected family contribution changes, it could result in a college providing more of its own money, as need-based scholarships or grants. But offering that support could become challenging as spring semester revenue losses or cuts to state funding put more pressure on school budgets.

It is too soon to gauge the full impact of the economic crisis on household finances. But some schools, including JMU, are reaching out to donors in the event that many families find it difficult to afford the fall semester. Barnett said the university had a similar fundraising campaign during the Great Recession that was successful in keeping 108 students in school for the 2008-2009 academic year. 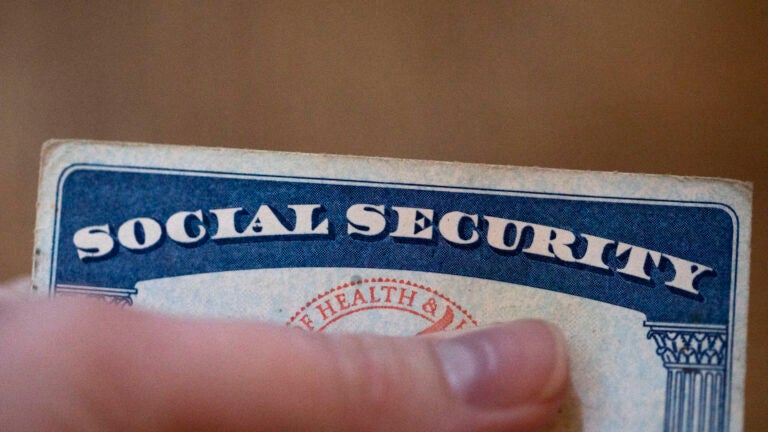