PORTLAND, Ore. – He came to the protest with a question. He left with two broken bones in a confrontation with federal officers that went viral.

Christopher David had watched in horror as videos surfaced of federal officers in camouflage throwing Portland Ore., protesters into unmarked vans. The 53-year-old Portland resident had heard the stories: protesters injured, gassed, sprayed with chemicals that tugged at their nostrils and burned their eyes.

David, a graduate of the U.S. Naval Academy and former member of the Navy’s Civil Engineer Corps, said he wanted to know what the officers involved thought of the oath they had sworn to protect and defend the Constitution.

So, he said, on Saturday evening, he headed to downtown Portland to ask them.

That night’s protests outside the federal courthouse – the 51st day of ongoing demonstrations – began with a line of local moms linking arms and demanding the federal agents stop targeting Portland kids. David, who had never attended a protest before, hung back and watched.

He was trying to keep his distance, he said, as a host of health problems have made him especially vulnerable amid a still-raging coronavirus pandemic. He asked one woman when the feds would show up, but she said it was also her first protest since the Department of Homeland Security deployed tactical units from U.S. Immigration and Customs Enforcement and U.S. Customs and Border Protection to bolster protections for federal buildings and officers in the Pacific Northwest city.

Just as he was about to leave, David said, the federal officers emerged. They rushed a line of protesters nearby, knocking protesters to the ground. David walked toward a gap in the line, calling out to the officers.

An officer trained his weapon on David’s chest as several agents pushed him, sending David stumbling backward. But he regained his center and tried again. Another agent raised his baton and began to beat David, who stood unwavering with his arms at his sides. Then another officer unloaded a canister of chemical irritant spray into David’s face.

That was all he could handle, David said, he turned and walked away, flipping off the federal forces as he went.

A video taken by Portland Tribune reporter Zane Sparling that captures David’s moment of resistance has, as of early Monday, been viewed nearly 9 million times.

Unable to see from the chemicals burning his eyes and blurring his vision, David said, he stumbled into a cloud of gas that made him cough and retch. He found his way to a bench in the park, where a street medic aided him and eventually pulled him away from the advancing officers.

At the hospital, he said, he learned his right hand had been broken in two places.

In the time since, he has been hailed on social media as a hero. Some have dubbed him Portland’s own man of steel, a defender of the city, an anti-fascist super-soldier.

David said he is none of those things.

“It’s just us normal people out there,” he said. “There were a whole group of pregnant moms standing out there linking arms and they got gassed. You hear people like [President] Trump say it’s just a bunch of wacko fringe people in liberal cities who are out there, but no way. We’re all just normal people who think what’s happening is wrong.” 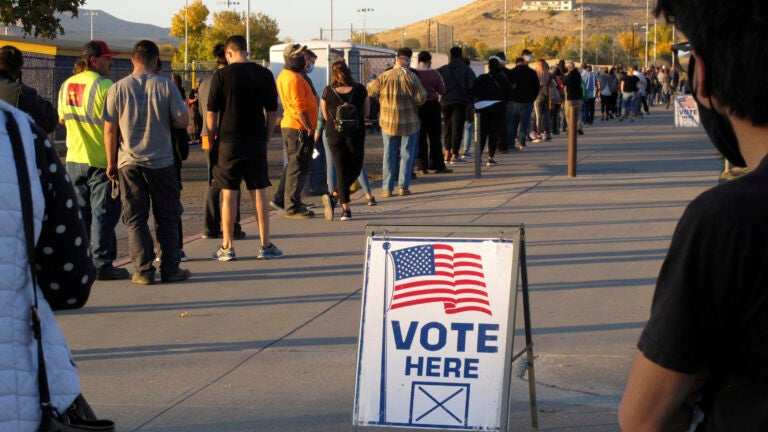