ROCHESTER, N.Y. – Seven police officers have been suspended after the release of a video from March showing a hood being placed on the head of a Black man in police custody who later died, roiling the nation and leading to finger-pointing among local officials.

On Thursday, amid mounting questions about why it took five months for the circumstances of Daniel Prude’s death to become public, the graphic video with Prude’s last words went viral, once again forcing Americans to ask whether tactics used by police are too extreme. With protests and outrage building here and nationwide, the city’s mayor apologized Thursday and rebuked the city’s police chief, who she claimed did not disclose to her the circumstances of Prude’s death.

“Mr. Daniel Prude was failed by our police, our mental health system, our society and me,” Rochester Mayor Lovely Warren, a Democrat, said at a news conference Thursday. “And for that, I apologize to the Prude family and all of our community.”

Warren said she was told by Police Chief La’Ron Singletary that Prude had an apparent drug overdose while in custody. Warren said that she was not told that officers had restrained Prude, and that she was made fully aware of what happened in August by the city’s corporation counsel after a Prude family attorney filed an open records request. Warren said she is suspending the officers, who were not named, against the advice of the city attorney.

“Experiencing and ultimately dying from, a drug overdose while in police custody, as I was told by the chief, is entirely different than what I ultimately witnessed on the video,” Warren said in a written statement. “I have addressed with Police Chief LaRon Singletary how deeply disappointed I am in him personally and professionally for failing to fully and accurately inform me about what occurred to Mr. Prude.”

Rochester police and the city’s police union did not respond to multiple requests for comment.

The video shows one officer placing his hands on Prude, who was naked and handcuffed, as he was lying face down. Another officer puts his knee on Prude’s back.

Earlier, police had covered Prude’s s head with a “spit hood,” which is designed to protect police from bodily fluids but which has figured in past allegations of abuse.

“You’re trying to kill me!” the 41-year-old man cried in a video of the March incident, first reported by the Rochester Democrat and Chronicle.

Prude died a few days later at a hospital, and the Monroe County Medical Examiner’s Office ruled his death to be a homicide caused by “complications of asphyxia in the setting of physical restraint,” according to an autopsy report posted by WROC. The report said Prude had PCP in his system.

At a news conference Thursday afternoon, several of Prude’s children said it took them months to obtain information related to his death. The family said it is planning a major legal challenge against the city, alleging that officials may have been trying to cover up the circumstances of the death.

“I feel like this case was simply a case of police brutality and racism,” said Prude’s daughter Tashyra Prude. “Racist police officers saw a Black man in need and decided he just didn’t deserve to live.”

Rochester police Wednesday denied any allegations of a coverup.

According to a person familiar with the matter and spoke on the condition of anonymity, New York Attorney General Letitia James has been looking into Prude’s death since April.

In a statement Thursday, James vowed a “swift but thorough investigation.” She also said her office’s investigation did not prevent Rochester police from conducting their own probe of the matter.

But the members of the Rochester City Council wrote letters Thursday to James and Warren expressing outrage that the community did not know sooner how Prude died.

“Mr. Prude’s death is a tragedy and should have been avoided,” the council members wrote to James. “Multiple systems in our community have failed Daniel Prude and his family.”

In its letter to Warren, the council demanded that the officers involved be placed on administrative leave, a step the mayor ordered later in the day.

The council also told Warren that the city needed to brace for more protests.

“Our citizens are exercising their constitutional right to peacefully protest, and we ask that the administration and law enforcement do everything they can to meet these protests with respect and to de-escalate tension” the letter states. “We don’t need a militaristic outfitting and the use of pepper balls at this incredibly sensitive time.”

At a protest Thursday night, a group chanted, “What’s his name? Daniel Prude.” The group called for the resignation of city officials.

“You hid your crime, now it’s time to resign,” they shouted.

At the time the arrest, Prude was having a mental breakdown, according to city officials.

People who are mentally ill or showing signs of mental distress are some of the most frequent victims of police use of lethal force. According to a database of fatal police shootings maintained by The Washington Post, of the 5,400 people shot and killed by police nationwide over the past five years, about 1 in 4 were in mental distress. Often, police are summoned to the scene by family members seeking assistance, the database shows.

According to Prude’s family, he lived in Chicago but took a train to Rochester to visit family members.

But officials on the train apparently kicked him off in Depew, N.Y., about an hour southwest of Rochester, the Associated Press reported.

Police took Prude to a hospital for a medical evaluation about 7 p.m., saying he had expressed suicidal thoughts.

His brother said that Prude had been trying to deal with trauma from losing his mother and two brothers, the AP reported.

Prude stayed in the hospital for a few hours.

About 3 a.m. on March 23, Joe Prude called the police saying that his brother had left the house, according to a police report reviewed by the AP. Police soon found Prude walking around naked.

The body-cam video shows an officer ordering him to get on the ground and put his hands behind his back. Prude complies.

“Chill out, man, don’t move,” the officer can be heard saying.

But Prude soon grew agitated, yelling at police to give him their gun. An officer then put the white “spit hood” over Prude’s head, according to the body-cam footage. The use of spit hoods has been criticized recently in parts of the United States and in Britain because they have been linked to deaths in custody.

Prude then started rolling on the ground, begging the officers to remove the hood. The officers surrounded him, and one placed his hands on Prude’s head and another his knee on Prude’s back to hold him down.

After about a minute, the video shows Prude whimpering and babbling softly.

“Stop spitting,” the officer holding down Prude’s head can be heard saying.

Prude soon goes quiet and paramedics arrive. The officers then remove the handcuffs and the hood, and a medic performs CPR. Eleven minutes after the officers first encountered Prude, he is taken to a hospital unresponsive, the Democrat and Chronicle reported.

“To see that video, and see my father in a state of helplessness – where he complying and wasn’t giving anybody a hard time and was in need of help – it’s devastating,” Tashyra Prude said. 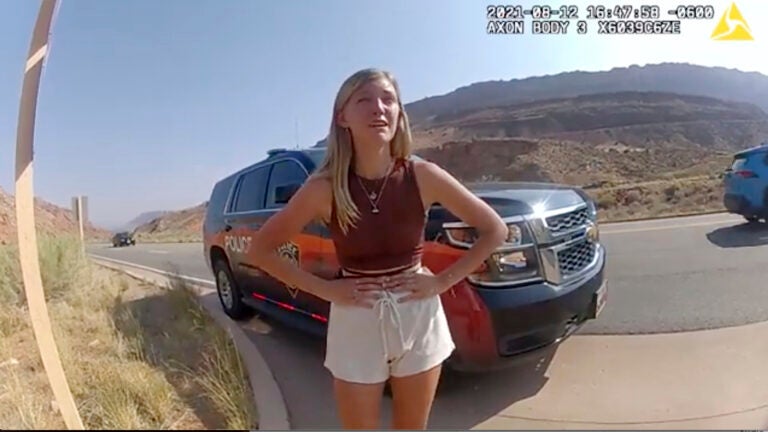