South Dakota Republican Attorney General Jason Ravnsborg was driving home from a GOP fundraiser in Redfield, S.D., around 10:30 p.m. Saturday when his Ford Taurus hit a large figure in the dark. He phoned the Hyde County Sheriff’s Office to report that he thought he’d hit a deer.

But the next morning, he went back to check, he said – and found a man’s body lying dead in the ditch along Highway 14 near the scene of the accident.

Boever’s cousins, Nick and Victor Nemec, told the Rapid City Journal that Boever had left his Ford pickup truck on the side of the highway Saturday morning after driving into the roadside ditch and hitting a bale of hay. Boever was apparently returning to his truck when Ravnsborg struck him later that night.

“A deer doesn’t look like a human,” Victor Nemec told the Journal.

After the collision, Ravnsborg, 44, said in a statement released late Monday night that he stopped his car, phoned the sheriff and got out to survey the damage. Pieces of his car lay on the road. His license plate had been damaged. Ravnsborg said he used his cellphone flashlight to search the ditch for the animal he believed he had hit.

“All I could see were pieces of my vehicle laying on and around the roadway,” he said in a statement.

Hyde County Sheriff Mike Volek responded to the accident scene, according to Ravnsborg’s account. He also inspected the damage to the vehicle and looked for an injured animal, but did not find one, Ravnsborg said.

“At no time did either of us suspect that I had been involved in an accident with a person,” Ravnsborg said in the statement.

The Ford Taurus had been damaged too severely to drive back to Pierre, where Ravnsborg lives. Volek offered to lend his personal vehicle to Ravnsborg so that he could get home, the attorney general said. Ravnsborg agreed, according to his account, and the sheriff drove him to his home. Then, Ravnsborg drove the sheriff’s personal car back to his house in Pierre.

The next morning, Ravnsborg said that he and his chief of staff took the sheriff’s vehicle to a gas station and then stopped at the scene of the accident, where debris was still in the roadway.

“As I walked along the shoulder of the road I discovered the body of Mr. Boever in the grass just off the roadway,” Ravnsborg said. “It was apparent that Mr. Boever was deceased.”

According to Ravnsborg’s statement, he immediately drove to Volek’s home and reported the body. Ravnsborg, who said he wasn’t drinking the night of the accident, said he will not answer further questions until the investigation is closed.

“I’ve been cooperating fully with the investigation and have agreed to a search of both of my cell phones, provided a blood draw, and have given the investigators the names of anyone at the dinner who can confirm that I was not drinking alcohol at any time during the event,” he said.

Ravnsborg is serving his first term as attorney general after being elected in 2018. According to the Argus Leader, Ravnsborg has a history of speeding and other minor traffic violations.

Nick and Victor Nemec were called to identify Boever’s body Sunday evening. The circumstances of the accident and the amount of time it took for the body to be discovered and identified has raised concerns for the victim’s family members.

“I believe the state is going to try to cover this up as much as they can,” Victor Nemec told the Rapid City Journal. “This state is known for covering up wrongdoing of elected officials all the time.”

Boever had phoned his cousin Victor on Saturday morning after he crashed his truck into the hale bale. He picked up Boever and drove him home, promising to give him a lift to retrieve the truck on Sunday morning. It’s not clear why Boever apparently decided to return to the truck on foot on Saturday night instead.

“The next morning, I called him a couple of times, didn’t get any answer on his cellphone, so I decided to drive into town and stop at his house,” Victor Nemec told KELO.

On the way, he passed the truck, still abandoned in the ditch. This time, however, it was surrounded by police cruisers, crime tape and tarps covering unseen objects lying on the ground nearby. Boever wasn’t home when Nemec arrived. Then, he called the sheriff’s office to ask if his cousin had been involved in a car accident.

Deputies asked Nemec to wait for an officer to show up to speak with him, the Journal reported. Nemec waited for hours until a deputy finally phoned at 7:30 p.m. Sunday evening, telling him to go to a local funeral home to identify his cousin.

His wife, Jennifer Boever, said she was confused by the amount of time between the accident and her husband being identified.

“Why did my husband lie in a ditch for 22 hours?” she told KELO. “I mean, we have no answers yet. And right now I’m just raw and numb, I just lost the man of my life.” 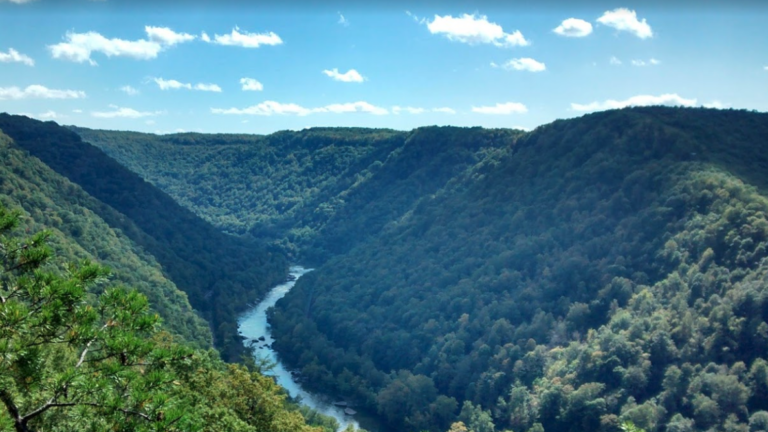 He said his wife fell off a cliff, sparking a huge search. She actually faked her death to avoid prison.