The death toll from the collapse of the Champlain Towers South condominium building in Surfside, Florida, climbed to nine on Sunday morning, as rescue workers continued their painstaking search for victims amid diminishing hopes that anyone would be found alive.

There were more than 150 people still unaccounted for, leaving local officials and families from across the country and the world braced for word of significantly more casualties as work at the disaster site continued.

LaFont was a businessman who worked with Latin American companies and the father of a 10-year-old son and 13-year-old daughter, according to his ex-wife, Adriana LaFont.

Adriana LaFont described him as a loving and devoted father who had a passion for baseball — one he had inherited from his Cuban parents. Manuel LaFont had played the sport when he was young and coached his son’s team, never missing a practice or a game.

“He’s the best dad,” Adriana LaFont said. “He’s the most genuine person I ever met.”

Their children were with Adriana LaFont when the building collapsed.

In an Instagram post Saturday evening, Phil Ferro, the chief meteorologist on a local television station, confirmed that Gladys Lozano, his godmother, and Antonio Lozano, his uncle, had died in the collapse. For days, Ferro had been reporting on weather conditions affecting the search and rescue operation.

“They were such beautiful people,” he wrote. “May they rest in peace.”

Fang was pulled from the wreckage on Thursday and was pronounced dead at the Aventura Hospital and Medical Center. Her 15-year-old son, Jonah Handler, had been pulled alive from the rubble earlier that same day. A video of him being rescued from the rubble spread widely after the building collapse.

The search has been painstakingly slow, hampered at times by smoke from a fire beneath the rubble. Erika Benitez, a spokesperson for the Miami-Dade Fire Department, said Saturday morning that it had been a while since rescue workers had heard sounds that they believed could be indicators of people still alive beneath the rubble. But she said that the search and rescue team believed that finding survivors remained a possibility

Marilyn Carroll, who is retired and lives in Surfside, anxiously awaited word about her friend Graciela Cattarossi, who lived with her husband, daughter and granddaughter, all of whom remained missing.

Carroll said she called Cattarossi’s son after the building collapsed, and he “seemed to feel like he lost his family.”

Mayor Daniella Levine Cava confirmed on Saturday that family members of those missing had already been swabbed for DNA samples in order to help identify human remains as they are found.

“Our top priority continues to be search and rescue and saving any lives that we can,” Levine Cava said. 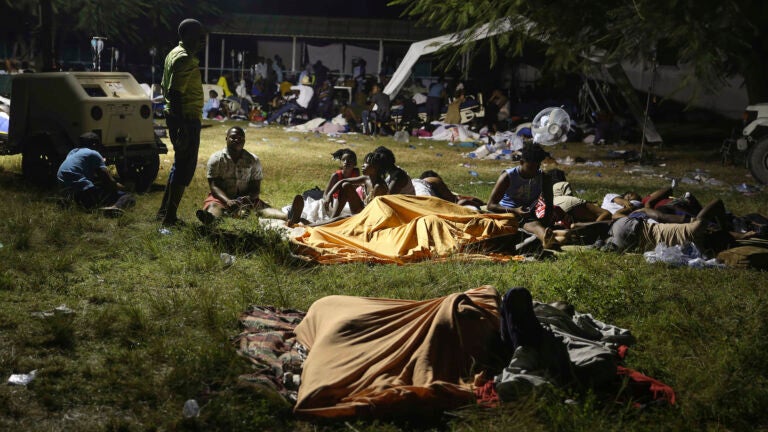