WASHINGTON — Hours earlier an American U-2 spy plane had been shot down while snapping photos of nuclear missiles secretly placed by the Soviet Union in Cuba, just 90 miles from US shores. Despite a US naval blockade, Soviet cargo ships carrying more military supplies were steaming toward the Caribbean island.

It was Oct. 27, 1962, “the most difficult and tense time’’ of the Cuban missile crisis, Attorney General Robert F. Kennedy scribbled on a legal pad after huddling with his brother, President John F. Kennedy, and his closest advisers.

“This was the moment we had prepared for which we hoped would never come,’’ he continued. “We had to either intercept [the Soviet ships] or announce we were bluffing.’’

The sense of impending danger “hung like a cloud over us all. And no one more than the president.’’

The attorney general’s handwritten notes from these around-the-clock meetings 50 years ago this month are part of more than 2,700 pages of his personal and confidential files made public Thursday by the John F. Kennedy Library and Museum in Dorchester with the approval of his family.

Although they do not appear to contain any blockbuster revelations, the documents spotlight the central role — a highly unusual one — that the attorney general played in foreign policy, including helping the United States and Soviet Union step back from the brink of nuclear holocaust.

The files contain several early drafts of his memos to the president as he served as a go-between with Soviet diplomats. The efforts ultimately defused the crisis with a public US pledge not to invade Cuba if the Soviets removed their missiles, and with a private pledge to dismantle American missiles in Europe.

The seven boxes of newly released files are among the 62 covering Kennedy’s three-year tenure as attorney general that researchers have been angling to see for decades. The Kennedy family, which was granted unusual purview over the collection by the National Archives after Robert Kennedy’s assassination in 1968, pledged in a statement Wednesday to work with the government to declassify and release the remaining 55.

Many of the newly declassified files on Cuba, which cover 1961 to 1963, are marked “top secret’’ or “ultrasensitive’’ or “eyes only.’’ They provide insight into how Robert Kennedy presided over a maze of US-sponsored efforts to overthrow the regime of Cuban leader Fidel Castro, from the failed CIA-backed Bay of Pigs invasion to renewed efforts after the missile crisis.

His handwritten notes hint at how the Bay of Pigs fiasco staggered the young administration. One dated May 11, 1961, days after the failure, contains doodles of triangles, a reference to the CIA, and the line: “If we do not get back to a position where nations have some respect, and even fear [illegible], we shall never beat these bastards.’’

At one point in May 1963, after he met with a leader of the Bay of Pigs operation and other Cuban exiles, an aide warned him about the potential implications of his continued role. A CIA report had recounted that exiles were dropping his name while building support for plans to remove Castro.

“It seems to me the CIA report presents the question of whether your name should be circulated in general like this,’’ the aide wrote.

Historians called the newly available documents invaluable to understanding the full role of Robert Kennedy in Cuba policy and the wider Cold War.

“The anomaly of Robert Kennedy was that the attorney general of the United States was moonlighting as director of covert operations against Cuba,’’ said Peter Kornbluh of the National Security Archive, a research center at George Washington University, and an expert on Cuba and the Cold War.

Kornbluh said the initial covert efforts Kennedy oversaw to remove Castro — collectively called Operation Mongoose — were halted after the missile crisis but were revived in 1963. “The Cuban exiles are in some way reporting to Robert Kennedy,’’ he said.

For example, the documents show that months after the United States vowed publicly it would not try to remove Castro, RFK presided over a secret meeting on May 14, 1963, in the White House Situation Room to discuss potential opportunities to take stronger action in Cuba. One possibility involved exposing US spy planes to enemy fire in an attempt to provoke an incident for political purposes.

But it is the documents relating to the tense 13 days of October 1962 — the closest the world came to a nuclear war — that generated most interest.

One is a draft copy of a letter written for President Kennedy’s signature on Oct. 18, four days before he went on television to reveal American knowledge of the missiles in Cuba.

In it, he gave Soviet leader Nikita Khrushchev a short time to dismantle the missiles before the United States would launch air strikes on the missile sites. The letter, signifying a belief by some advisers that the crisis could be kept a secret, was never dispatched.

RFK’s personal musings on his notepad also provided insights into the stakes of the standoff.

When the meeting turned to civil defense — preparing the nation for a nuclear war — he jotted down the numbers of Americans the president and his advisers were told might be affected in different scenarios — “92 million’’ in one, “40 million’’ in another.

Some researchers were puzzled by the large number of documents that have portions blocked out for national security reasons.

“It is striking how 50 years after the missile crisis they still see some of this stuff as secret,’’ said historian Michael Dobbs.

Yet the government did not withhold a document timely today. In a lengthy report provided to Kennedy on May 13, 1963, the CIA predicted that in the event of Castro’s death his “cold and unattractive’’ younger brother Raul would take the reins. When Castro stepped aside for health reasons in 2008, his brother took over. 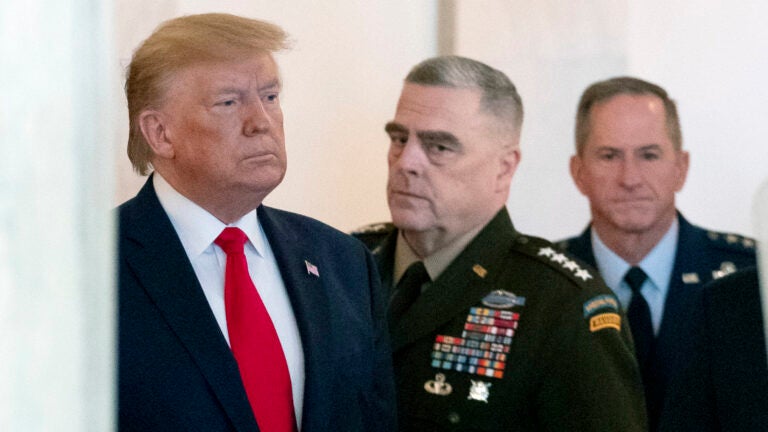