Most Americans identify as Christian (about 77 percent according to a Gallup poll), making Christianity the largest religion in the United States. But, when looking at the religions people identify with outside of Christianity, the results get pretty interesting.

Here is a look at that map:

Here is a look at the second largest religions by county: 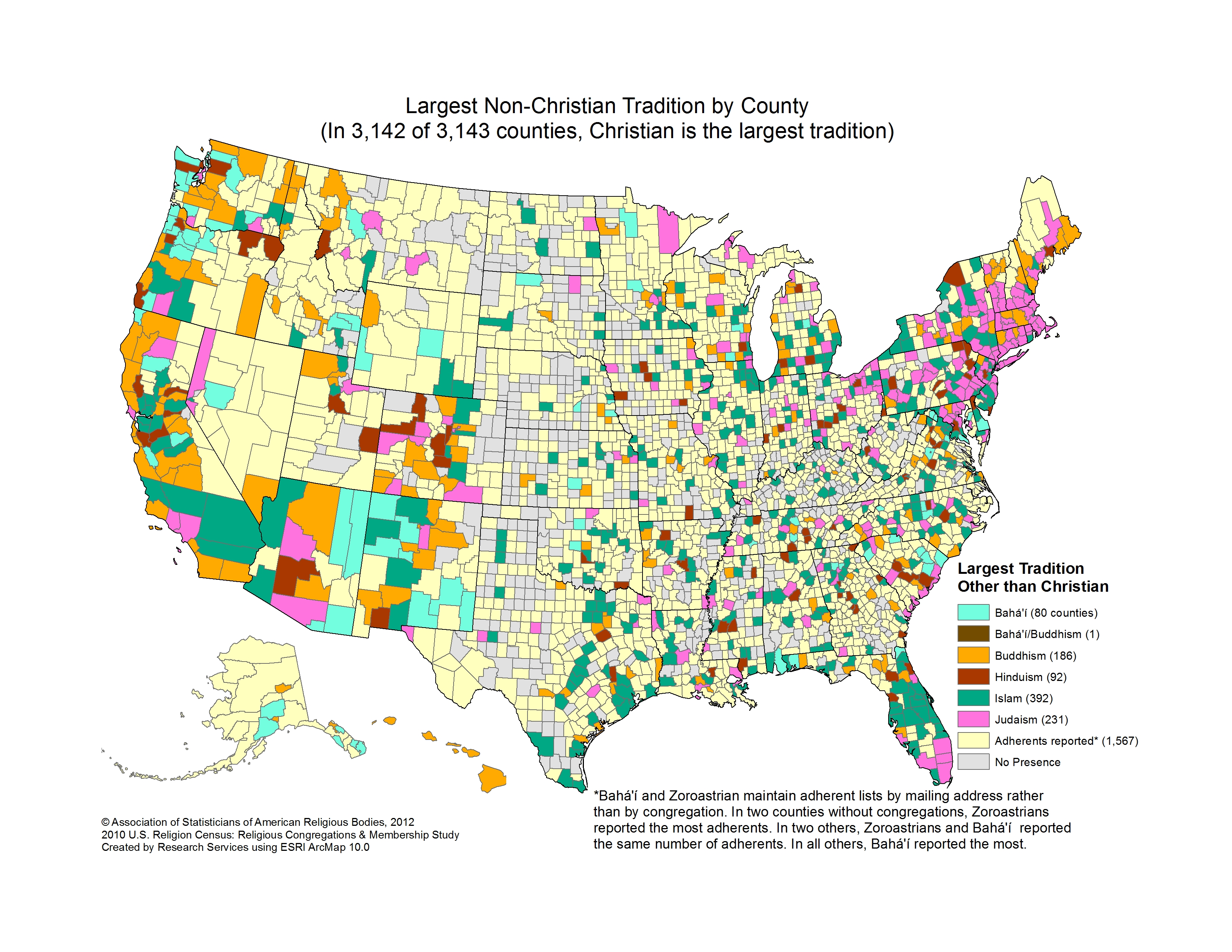 Altogether, Jews come in second in at least half the states (not 15); Muslims, in at most a dozen (not 20), and Buddhists, in the remainder (throughout most of the West). The reason for the principal discrepancy (between Jews and Muslims) is that the U.S. Religious Census relies on reports of actual synagogue membership, and many self-identified Jews don't belong to synagogues; while the reporting Muslim bodies provide estimates of mosque membership.

Silk also noted that the Pew study found other religions represent less than 5 percent of Americans’ religious affiliations, while more people (about 16 percent) don’t even identify with any religion.

More religion maps and data based off the 2010 Census can be viewed here.