WASHINGTON — Defense Secretary Chuck Hagel on Wednesday defended the prisoner exchange that brought the release of Sgt. Bowe Bergdahl after years of captivity with the Taliban, telling skeptical lawmakers that the operation had needed to be kept secret from Congress to ensure that the soldier was not killed by his captors in the days leading up to the swap.

In the first public testimony before Congress by a senior member of the Obama administration since Bergdahl’s release, Hagel described the exchange as a “military operation’’ that was in doubt until the very end. He called prisoner swaps part of the “dirty business’’ of war.

“War, every part of war like prisoner exchanges, is not some abstraction or theoretical exercise,’’ he told members of the House Armed Services Committee. “All of these decisions are part of the brutal, imperfect realities we all deal with in war.’’

Hagel showed brief flashes of contrition, acknowledging the complaints of lawmakers’ “great frustration’’ that they were kept in the dark about the operation and admitting that the Obama administration “could have done a better job’’ keeping lawmakers informed. A statute signed by President Barack Obama requires that the administration give Congress 30 days’ notice before it transfers a detainee from Guantánamo Bay, Cuba. Obama issued a signing statement asserting that he could lawfully bypass the notice requirement under certain circumstances.

But Hagel did not give ground about the necessity of the prisoner swap, in which Bergdahl was exchanged for five senior Taliban detainees being held at Guantánamo.

Republican critics of the deal have compared it to “negotiating with terrorists,’’ an accusation echoed Wednesday by Rep. Howard McKeon, R-Calif., the committee’s chairman. McKeon also said the deal would “incentivize’’ militants to capture more U.S. troops.

Sen. Lindsey Graham, R-S.C., has asserted that the five former detainees — now being held in Qatar for a year under the terms of the prisoner swap — have “American blood on their hands.’’

On Wednesday, Hagel said they did not.

“They have not been implicated in any attacks against the United States, and we had no basis to prosecute them in a federal court or military commission,’’ he said.

Later, however, under questioning by Rep. Mac Thornberry, R-Texas, Hagel conceded that even though there was no evidence of “direct involvement’’ in attacks on U.S. troops, the detainees had nevertheless been “combatants’’ because as mid- to high-ranking members of the Taliban government, they were involved in “planning’’ Taliban operations after the United States went to war in Afghanistan.

McKeon said, Osama bin Laden “didn’t pull the trigger, but we went after him because he caused 9/11.’’

Bergdahl was being held in Pakistan by the Haqqani network, a group aligned with the Taliban that the State Department has listed as a foreign terrorist organization. On Wednesday, several Republican lawmakers asked Hagel to explain why the prisoner swap did not violate the longtime U.S. policy of not negotiating with terrorists.

Hagel said that the Obama administration had dealt directly with Qatari officials, not militants, and that it was operatives of the Taliban — the insurgents who formerly controlled the government of Afghanistan but have not been designated as members of a terrorist organization — and not the Haqqanis who were on the other end of the negotiations.

Several lawmakers were not satisfied.

Lawmakers and Hagel avoided delving into the still-murky circumstances surrounding how Bergdahl came to be captured in late June 2009. A still-classified military investigation concluded that he voluntarily slipped away from his base, but stopped short of concluding that there was solid evidence that he intended to desert permanently, according to officials who have read the report.

Some former members of Bergdahl’s unit have contended that he was a deserter and even that he was deliberately seeking out the Taliban. But Hagel noted that the military categorized him as “missing-captured’’ and that he had not been charged with desertion.

Rep. Adam Smith of Washington, the top Democrat on the committee, said there “simply is no proof, no evidence; I think the way Mr. Bergdahl has been slandered has been scandalous.’’ Smith said people should wait until for due process to take place to figure out what happened.

Some former members of his unit have also claimed that six to eight members of the military were killed because of the hunt for the missing soldier. Hagel said he had asked whether any soldier had died in Afghanistan as a result of the search and that so far, he had seen no evidence to support those claims.

“I personally have gone back and asked that question inside the Pentagon, in the Army, and some of our reports,’’ he said. “I have seen no evidence that directly links any American combat death to the rescue or finding or search of Sgt. Bergdahl.’’

McKeon said the failure to comply with the statute requiring congressional notice was “one of the things that has bothered me the most about this.’’ He said, “There is no compelling reason why the department could not provide a notification to Congress 30 days before the transfer, especially when it has complied with a notification requirement for all previous Gitmo detainee transfers since enactment of the law.’’

Thornberry also hammered on that theme, saying that notice requirements were central to legislative oversight of military and intelligence agencies generally, and that the failure to comply with the statute had undermined the broader relationship between the executive branch and congressional overseers.

Smith, who otherwise largely defended the deal, also criticized the lack of notice, saying “the law is the law’’ and rejecting Obama’s use of a signing statement to reserve a right to bypass it. 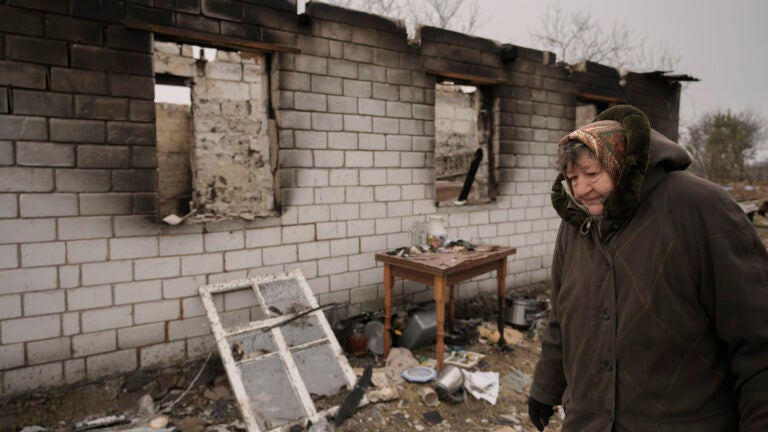