JACKSONVILLE, Fla. (AP) — Federal accident investigators are considering launching another search of the wreckage of a freighter that sank in October in an attempt to locate the ship’s ‘‘black box.’’

Tom Roth-Roffy, the lead investigator for National Transportation Safety Board, told The Associated Press that a weeks-long search found one of the El Faro’s missing decks, but not the mast where the ship’s voyage data recorder was attached. The agency on Sunday released the first images of the ship in its final resting place.

‘‘There were no human remains found whatsoever, and no personal effects whatsoever,’’ Roth-Roffy said. ‘‘I think we found one boot.’’ 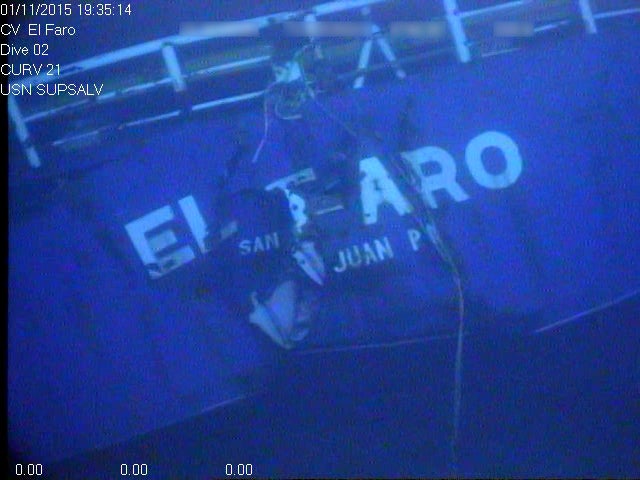 In this photograph released by the National Transportation Safety Board, the damaged stern of El Faro is seen on the seafloor, 15,000-feet deep near the Bahamas.

The El Faro sank Oct. 1 after losing engine power and getting caught in a Category 4 hurricane while sailing from Jacksonville to San Juan, Puerto Rico. There were 33 mariners aboard and no survivors.

Roth-Roffy said the NTSB would need to launch a second search of the wreckage 15,000 feet below the sea if it wants to find the data recorder, which would have recorded the captain’s final transmissions. They are still determining if and when such a search would occur.

The images of the sunken ship show a breach in the El Faro’s hull and its main navigation tower missing.

Roth-Roffy says crews did locate one of the missing decks about a half-mile away from the main ship. Images show it resting on the seafloor, its windows broken out.

The ship’s stern, or rear end, was buried more deeply than the bow, or front, Roth-Roffy said.

Investigators are still piecing events of the sinking together, but at this point they’ve ruled out a major structure failure as a cause of the El Faro’s sinking, Roth-Roffy said.

‘‘The issue with the detachment of the upper two decks, we’re looking at that carefully,’’ he said. 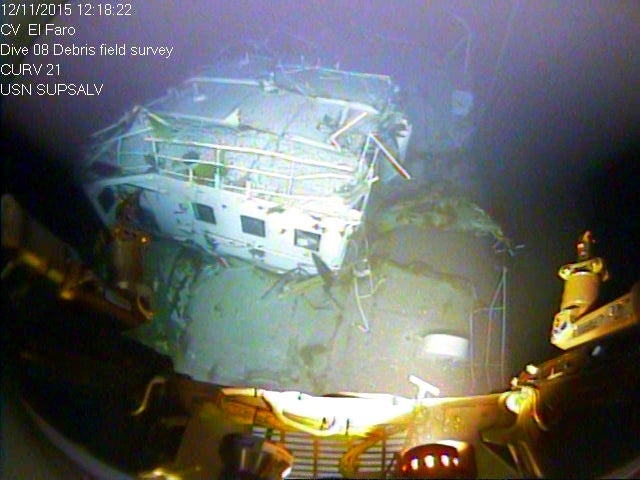 Even without the data recorder, the images taken by remote-controlled underwater vehicles are helping to shed some light on the case.

Roth-Roffy says all of the ship’s cargo containers except for four were gone. The El Faro was carrying automobiles.

Determining what happened to the ship will be more difficult without the data recorder, but NTSB’s investigators have said they are still confident they’ll be able to find answers.

After suspending their search for the data recorder in November, Roth-Roffy says they may go back to search again. The recorder was attached to the ship’s main mast, a 35-foot tall structure that crews haven’t yet located.

The data recorder charts the date, time and speed of a marine vessel, and also records conversations on the bridge that could include key decision-making between captain and crew. 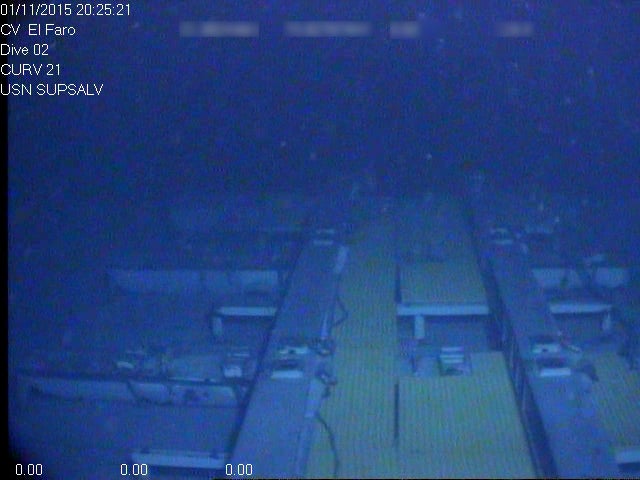 The damaged stern of El Faro.

While recovering a small piece of equipment at such depth is difficult, there is precedent.

The black box of the Air France jetliner that crashed into the Atlantic Ocean on June 1, 2009 on a flight from Rio de Janeiro to Paris was found in about 12,800 feet of water.

Crews also retrieved the black box of a South African Airways airplane that crashed into the Indian Ocean in 1987 in more than 15,000 feet of water.

Families of the crew members have filed multiple lawsuits against the El Faro’s owners, Tote Marine, alleging wrongful death and negligence. They argue the ship should never have tried to outrun a hurricane, and that the decision to do so was motivated by money.

Tote Marine has asked a federal judge to limit or release its liability, and company officials have claimed the El Faro was maintained properly and in good condition. The company says it does not comment on individual lawsuits. 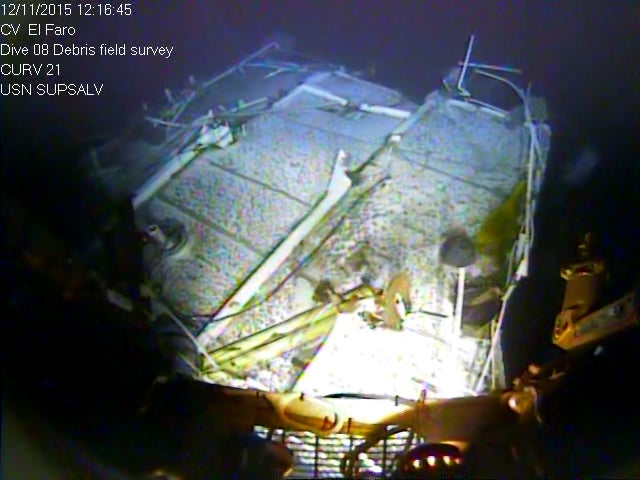 The top of the detached navigation bridge of El Faro. 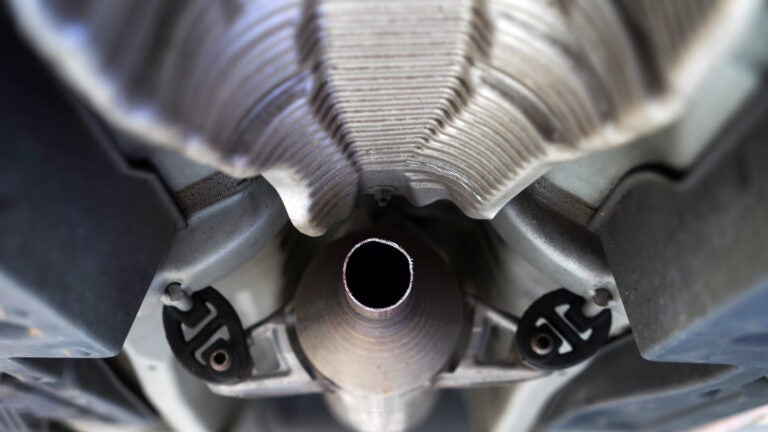