Owen Labrie, the once Harvard-bound graduate of a prestigious New Hampshire prep school who was convicted of sexually assaulting a 15-year-old girl during his senior year, has filed a motion for a new trial, according to court records.

Citing an inadequate defense and claiming that his trial attorneys didn’t put enough effort into fighting a computer-related felony that landed him on the sex offender registry for life, Labrie’s attorneys filed the request Tuesday. The motion makes the argument that his defense used an “objectively unreasonable” strategy to fight the charge.

“Presumably, the trial strategy was to challenge the aggravated felonious sexual assault charges, assuming that the computer offense [felony] would thereby be defeated,” attorney Jaye Rancourt wrote in the motion. “This was objectively unreasonable.”

Labrie was convicted of misdemeanor sexual assault and a felony charge of using a computer to lure a freshman at the school to a secluded room on St. Paul’s School’s campus for sex last year. He was sentenced to a year in jail and a lifetime on the sex offender registry. Labrie was out on bail awaiting an appeal of the computer charge, but began serving his sentence in March after a journalist documented a conversation she had with him on the Red Line, giving prosecutors reason to believe he had violated the curfew conditions of his bail.

The motion also argues that the trial attorneys — J. W. Carney Jr. and Sam Zaganjori — didn’t do enough to refute the testimony of the victim in the case. Rancourt wrote that the then 15-year-old girl received other solicitations from older boys like Labrie to meet up. She adds that Carney and Zaganjori didn’t request Facebook records that could have disputed the victim’s testimony about her state of mind after the incident.

Rancourt, who is representing Labrie on appeal, was his New Hampshire-based counsel, but did not take an active role in the trial proceedings. In the motion, she wrote that she “expressed concerns” about being excused from the trial.

Labrie has appealed his case to the New Hampshire Supreme Court, but Rancourt asked for a stay on that appeal while the issue of the effectiveness of his trial counsel is worked out.

Carney said in a statement that he agreed that the felony computer crimes statute should not have been applied to Labrie, which is why he made an unsuccessful motion to set aside the verdict on that count.

He said he had no further comment on the motion.

Throughout the trial, Labrie denied having sex with the victim, rejecting plea deals that would have put him behind bars for less than a month and avoided any sex offender status.

“I’d do it the exact same way,” he told Newsweek in his first interview following the trial, standing by his decision not to take any plea deals. “It was the only thing that sustained me, knowing I had told the truth. I had done what was right. I walked out of the courthouse with my chin up.” 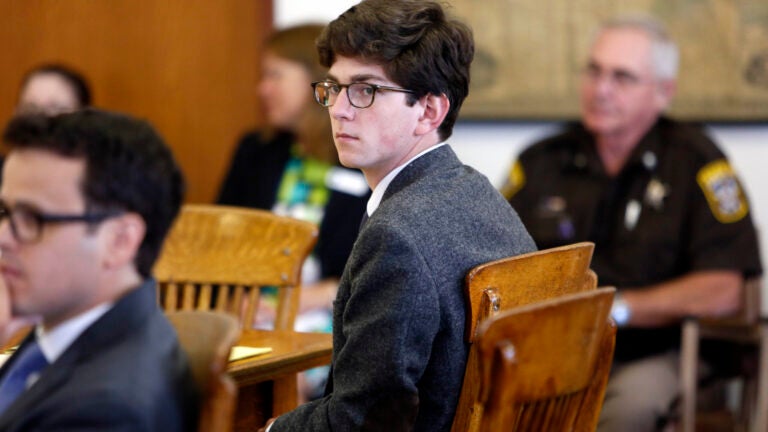