Owen Labrie, the St. Paul’s School graduate found guilty of statutory rape in an encounter with a younger classmate, is challenging a trial judge’s decision to revoke the 20-year-old’s bail last month.

The New Hampshire Supreme Court agreed on March 31 to expedite a hearing on the case, meaning they could make a decision within the next few months about whether Labrie should be released.

Under his current sentence, with good behavior, he’d likely go free in November.

Labrie was convicted last August of misdemeanor sexual assault and a computer crimes felony after an encounter with a 15-year-old girl he propositioned via school email. He was ordered to begin serving his year sentence on March 18 after Judge Larry Smukler found he’d violated his curfew multiple times by traveling into Boston from his Vermont home.

Earlier this week, Labrie filed a motion for a new trial based on ineffective assistance of counsel. He argued that his trial attorneys didn’t adequately fight the computer crimes felony, and failed to investigate both the victim and others who testified against Labrie during his trial.

On Thursday, Merrimack County prosecutors filed an objection to Labrie’s motion for a new trial, saying that he can’t argue issues at both the trial court and the state’s highest court at the same time.

Labrie has a third issue in front of the New Hampshire Supreme Court — his appeal of the computer crimes felony conviction that put him on a sex offender registry for life. Briefs were due later this month in that case, but the attorney representing Labrie on appeal has asked for a stay in that case. 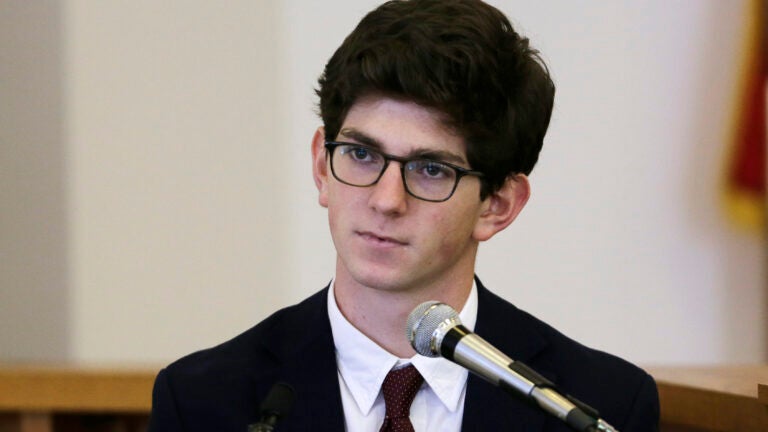