ORLANDO, Fla. — As the sound of gunfire in the nightclub grew louder, a patron named Orlando and a female friend took cover in a cramped bathroom stall, contorting their bodies on top of the toilet so their feet could not be seen. The gunman burst into the bathroom, went straight to the stall next to them and shot the people inside.

“People were screaming, begging for their lives,” Orlando, 52, said in a telephone interview, asking that his last name not be used out of fear of retaliation from terrorist sympathizers.

The gunman, Omar Mateen, was silent, then left the bathroom.

“He went out and started shooting outside again,” Orlando said.

For three sickening hours on Sunday morning, a life-or-death game of deception played out in the back bathroom, where the assailant holed up with hostages after killing dozens of people inside the Pulse nightclub. Orlando and his friend desperately tried to avoid becoming two more victims.

Orlando said he listened as the gunman warned his hostages not to text anyone, took their cellphones, called 911 to calmly pledge his allegiance to the Islamic State, spoke about a need to stop American bombing in Syria and threatened greater bloodshed if the police moved in.

Orlando described moments of surreal quiet as the siege went on and the killer fiddled with his weapon and used the sink and the hand dryer. Mateen checked on the bodies around him, Orlando said. At one point, Orlando switched positions and played dead, and he felt something poking him. He believed it was the gunman, checking to see if he was dead.

Around 5 a.m., the police blew a hole in the wall, enabling some of the hostages to escape, and officers engaged in a fatal final confrontation with the assailant.

Much of Orlando’s account corresponds with new information released by the police Monday, other witness accounts and video evidence, which combined to paint a chilling picture of the hostage crisis that unfolded after the attack.

The first bursts of gunfire, around 2 a.m., were captured on video by Amanda Alvear, 25, the footage uploaded to Snapchat.

In the video, she is recording herself and others as they dance to the last song of the evening at the popular gay club. Then she turns the camera toward her own face. She is staring into the lens as the first few shots are heard. They do not seem to faze her. But as they continue, unrelenting, roughly 20 rounds, the video abruptly ends. She was listed among the dead on Monday.

Just before the shooting began, Ashley Summers, 28, and her friends went to their bartender, Kate, at Pulse’s back bar to order one more round — a vodka, soda and lime for Summers; a vodka and Red Bull for one friend; and a specialty drink for the other.

One of Summers’ friends was polishing the credit card receipt with all sorts of pleasantries for the bartender — “sexy kitten,” “muah,” “you the best” — when the popping started. For 15 seconds, through the pulsing of the salsa music, they thought it might have been firecrackers, Summers said in an interview. But they eventually figured out it was gunshots. Summers said a friend pulled her to the floor. They felt glass shattering over their heads.

They were near a back exit and crawled out. Concerned about what might be behind the 7-foot-high white privacy fence out back, they turned left, into a storage area. But they heard more gunshots coming from that direction, so they went back out onto the patio and used some furniture to vault over the fence. They dashed to safety.

“At that point it was shock, it was disbelief, it was fear, but it was urgency,” said Summers, a ballroom dance instructor. “There was knowing that we had to get out of there.”

Soon after Mateen first opened fire, he was confronted by an armed security guard who was an off-duty police officer, said John Mina, Orlando’s police chief, at a news conference Monday morning. They exchanged gunfire. The security guard was then joined by an unknown number of police officers, the first to arrive on the scene.

During these early rounds of gunfire, the police said, many patrons were able to escape.

But the assailant retreated deeper into the club, eventually barricading himself in the bathroom, where some patrons had gone to hide.

Orlando, along with his friend, had already been in the bathroom when the shooting started. In the interview, he said he could hear the gunman drawing closer, the sound of each round getting louder.

As he and his friend positioned themselves on the toilet, Orlando said, he also braced one foot against the stall door.

Around this time, Mina Justice was asleep at home when she received a text from her 30-year-old son, Eddie Justice, she told reporters.

He was also hiding in a bathroom at the club, although it was unclear whether it was the same bathroom where Orlando was.

Another 30 minutes would pass before he sent a text begging for help.

“Call them mommy,” he pleaded.

She asked, “Is the man in the bathroom wit u?”

Orlando said he never looked Mateen in the eye, but recalled his calm voice. At one point, after noticing that some of the hostages in the bathroom were texting, the gunman ordered them to surrender their phones.

He spoke again, according to Orlando, asking the hostages, “Are you guys black?”

“He said, ‘I don’t have an issue with the blacks,’” Orlando said.

Early in the siege, the gunman called 911 to pledge his allegiance to the Islamic State, Mina said.

“He was cool and calm when he was making those phone calls to us,” he said.

Orlando could hear the gunman speaking on the phone, presumably to the police. He spoke about how America should stop bombing the Islamic State.

“He got mad and hung up,” Orlando said. He never heard Mateen mention gay people — he spoke only about the Islamic State and Syria, and about the damage he still intended to do.

The gunman made several calls, and at one point, Orlando said, he told whoever was on the other line that there were people in the club with bombing vests as well as three snipers outside, ready to take out police officers if they advanced on the club.

“Our negotiators were talking with him, and there were no shots at that time,” Mina said. “But there was talk about bomb vests, about explosives, throughout, and there were statements made about imminent loss of life.”

Near the end of the siege, Mateen began to shoot the hostages in the bathroom, Orlando said.

By some miracle, he said, he once again avoided detection, but a person in the neighboring stall was not so lucky. A man who had just been shot crawled under the stall, grasping at both Orlando’s and his companion’s legs, pulling them down — and exposing their hiding spot. They played dead, “my face against the toilet bowl,” he said.

During this time, Orlando’s phone would not stop ringing, as friends reached out to see if he was safe. He worried that the rings would draw attention and give him away.

As the final battle with police got underway, Orlando could hear the gunman loading his weapon, at one point shouting, “I’ve got plenty of bullets.”

Then there were explosions and chaos.

The police had blown a hole in the bathroom wall, but his muscles were so cramped he could barely move. “My shoulders got caught,” he said. “A cop grabbed me and pulled me out through the hole.”

His female friend was also rescued. When he looked at his clothes, he was covered in blood, but it was not his own. He does not know if anyone else made it out of the bathroom alive.

Justice, whose last text to his mother was just before 3 a.m., did not survive. His death was confirmed by the Orlando authorities early Monday morning. 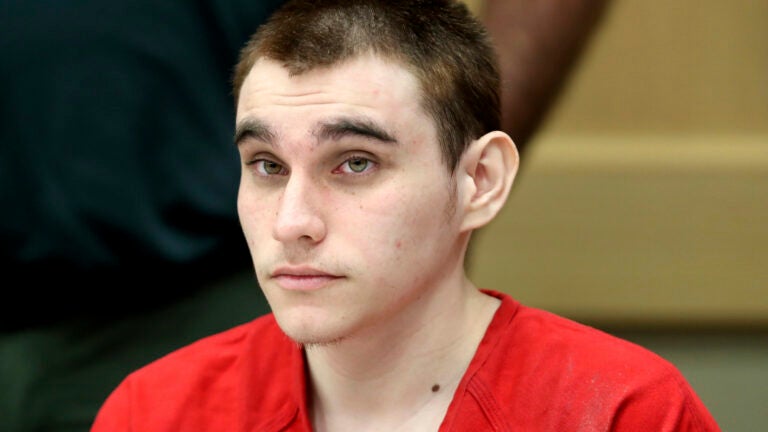