WASHINGTON (AP) — The U.S. jobs report on Friday made one thing clear: President-elect Donald Trump will inherit the same two-track U.S. economy that bedeviled his predecessor.

Hiring is solid and the unemployment rate low. But longer-term problems persist — especially a stubbornly high number of men who are out of work and have given up looking. Many are likely frustrated former manufacturing workers who voted for Trump over Hillary Clinton.

Employers added 178,000 jobs in November, the government said, extending the longest streak of hiring since World War II. And the unemployment rate sank from 4.9 percent to a nine-year low of 4.6 percent. Yet the jobless rate dropped mainly because many of those out of work gave up on their job hunts and were no longer counted as unemployed.

A key challenge for the Trump administration is to extend the benefits of job growth to include many of those who feel left out. The job market’s durability will help to some extent. Eventually, low unemployment should compel employers to offer higher pay to attract more workers. That, in turn, could persuade more Americans to resume their job hunts and find work.

“With the unemployment rate this low and wages rising, now is the real test of whether a stronger economy can bring people back into job market,” said Jed Kolko, chief economist at job hunting website Indeed.

Aside from the longer-term challenges, recent data suggest that the economy is in decent shape. Americans bought homes in October at the fastest pace in nearly a decade. They’re also more confident in the economy than at any other point in the past nine years and are spending more.

Those trends are keeping the Federal Reserve on track to raise short-term interest rates at its next meeting in less than two weeks.

“For the Fed, barring a very adverse … development, a hike at the Dec. 14 meeting appears to be a done deal,” said Michael Feroli, an economist at JPMorgan Chase.

Two measures illustrate the mixed nature of the economic recovery:

The unemployment rate is now back to where it was in August 2007 — four months before the Great Recession began. That suggests that the economy has fully recovered.

Yet the percentage of all adults with jobs is still 3 percentage points below where it was in August 2007. Some of that decline has been driven by retirements among the aging baby boom generation. But for men age 25 through 54 years old — prime working years — the proportion who have jobs remains substantially below its pre-recession level. That translates into millions of men who are neither working nor looking for work.

Why have so many men dropped out?

Kolko says that is “probably the biggest question facing the labor market today.”

Many men who aren’t working blame mental or physical health problems. Alan Krueger, an economist at Princeton and a former top adviser to President Barack Obama, has found that nearly half of men ages 25 through 54 who are outside the workforce take pain medication.

The nation has lost nearly a third of its manufacturing jobs since 2000, and many who once held those positions have struggled to find work that pays as well.

But Nicholas Eberstadt, an economist at the right-leaning American Enterprise Institute, notes that most European countries also lost manufacturing jobs, yet haven’t seen a similar decline in male employment.

Instead, Eberstadt points to high levels of incarceration over the past three decades. That’s left millions of men with criminal records that can make it hard for them to find work even years after they’ve completed their sentences.

The company hopes to add 3,000 to its 8,000-person staff by June, when moving season heats up. But with unemployment down and the economy growing consistently, the company has had to try harder to find qualified applicants. It recently introduced a 401(k) plan and has ramped up training, Shacka said.

Sluggish pay gains have been a chronic problem for the economy and have provided less incentive for those who have dropped out to resume job hunts. Average hourly pay slipped in November and has risen just 2.5 percent in the past year. Wage increases remain below the level consistent with healthy growth.

The economy “is fundamentally underperforming, and needs structural fixes to improve its long-term growth rate,” said Douglas Holtz-Eakin of the conservative American Action Forum and former director of the Congressional Budget Office.

Holtz-Eakin said the Trump administration’s plans to cut corporate and individual taxes and lift many regulations should enable companies to invest in machinery and other equipment. That, in turn, could make workers more productive and boost pay.

Dave Arndt, chief executive of Pentaflex, a manufacturer in Springfield, Ohio, hopes Trump will also follow through on his promise to boost spending on roads, bridges and other infrastructure.

Pentaflex makes axles, exhaust systems and other parts for long-haul trucks. It’s had to cut jobs in the past year as truckers have shipped less freight. More building would mean more shipping of construction materials.

“Anything that puts more trucks on the road is good for business,” Arndt said. 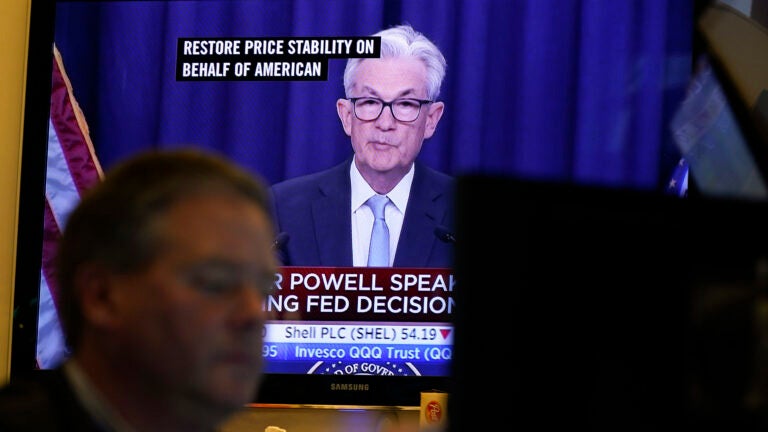