Mitt Romney seems to reserve some of his strongest language for condemning white nationalism.

Following the violence Saturday in Charlottesville, Virginia — during which a car plowed into a crowd of peaceful counter-protesters — the former Massachusetts governor called out what he said was an ideology of barbarism, rather than white supremacy.

Racial prejudice, then hate, then repugnant speech, then a repulsive rally, then murder; not supremacy, barbarism.

Romney did not comment on the President Donald Trump’s condemnation of violence on “many sides.”

‘‘We condemn in the strongest possible terms this egregious display of hatred, bigotry, and violence on many sides, on many sides,” said the president.

E Pluribus Unum – out of many, one. This is who we’ve been & who we must be. Hatred & bigotry have no place here. https://t.co/7TfQJ01Hpt

Sen. Elizabeth Warren reacted with shock to the violence and called on Trump to recognize white supremacy for what it is.

“When there’s evil, we all need to say it. Especially our President,” the Democratic senator.

Someone was murdered at a Neo-Nazi rally today. That happened. In America. In 2017. It’s time to make clear where we stand – all of us.

How can @realDonaldTrump can show whose side he’s on? He can start by publicly calling this what it is: white supremacy.

We make judgments as humans & as a country about right & wrong. When there’s evil, we all need to say it. Especially our President.

“It is one side – white nationalists,” Sen. Ed Markey said, commenting on Trump’s “many sides” criticism.

It is one side – white nationalists. Call this hate by its name and denounce it or be party to its evil, Mr. President. #Charlottesviille https://t.co/5We71le24Y

Rep. Seth Moulton also urged Trump to clearly side against white nationalists, many of whom have cited the president as inspiration.

“I spent 4 tours in Iraq fighting terror overseas,” tweeted the Salem Democrat and Marine Corps veteran. “We need to oppose it even more strongly here at home.”

There are 2 sides to #charlotesville: right and wrong, good and evil, peace and terror.

Remember when President Bush said, “You’re either with us or against us” in the fight against terror? That’s where @POTUS needs to be NOW. 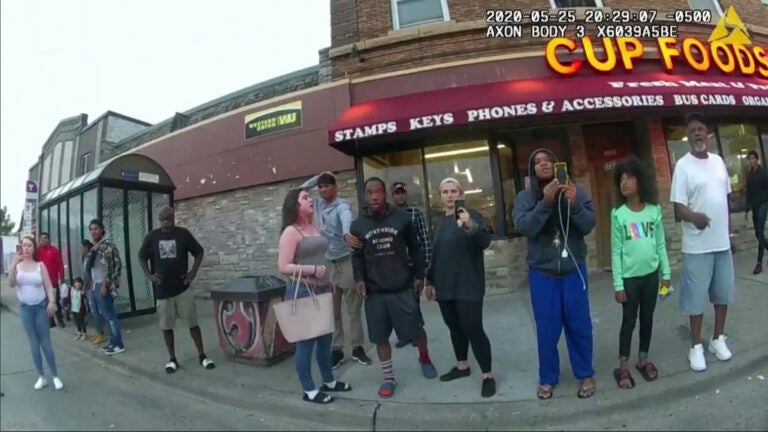