LITTLE ROCK, Ark. (AP) — To some it’s an Ozark Mountain Mardi Gras that includes live turkeys being dropped from a low-flying plane to an eager crowd below. To others, it’s just animal abuse.

The 72nd Yellville Turkey Trot opened Friday with questions over whether the turkey drop portion would continue. The Chamber of Commerce for the small northern Arkansas city has distanced itself from the tradition it once endorsed and is hoping a “phantom pilot” won’t fly over this weekend. But that hasn’t stopped thousands of people from emailing the chamber about doing more to protect the birds.

“Why don’t you jump yourselves with no parachute. … Think you’ll like it?” one person wrote to the chamber Monday. Others used more colorful language.

Arkansas is one of the nation’s top turkey-producing states, and the weekend festival is meant to be a celebration of the bird. There is a 5K run, music and dancing, and the Miss Drumsticks pageant, in which contestants are judged only on their legs. Of course, turkey also stars on food vendors’ menus.

“It means fall is here,” the Yellville Chamber of Commerce wrote in an open letter. “It means a turkey dinner a few weeks earlier than the rest of America. It means homecoming for many. … Turkey Trot is so much more than turkeys being released from an airplane.”

The festival started a year after World War II as a complement to a turkey calling contest run by the local American Legion hall. During the first turkey drops, which helped the festival draw a crowd, the birds were dropped from the courthouse roof for people to chase, with some becoming pets and the others Thanksgiving dinner. But at least 50 years ago, the switch was made to a small plane.

A 1989 National Enquirer article on the flights sparked outrage and prompted the chamber to cut turkey drops from the festival lineup. But local pilots kept it up, though there were no flights for a time after an animal rights group offered a $5,000 reward for the pilot’s arrest. The aerial assault resumed in 2015, and last year a Mountain View pharmacist, Dana Woods, said he was “The Phantom Pilot” at the past two festivals. He wasn’t punished, nor were others who have been identified as previous flyers.

“They can fly a long ways,” Woods told the Arkansas Democrat-Gazette last year. “We treat the turkeys right. That may sound ironic, but we don’t abuse those turkeys. We coddle and pet those turkeys. We’re good to them.”

Wild turkeys can fly, but they typically do so from tree top to tree top. Questions over their ability to fly made for a “WKRP in Cincinnati” episode in 1978 after a radio station stunt involving birds dropped from a helicopter went horribly awry.

Last year, about a dozen birds were dropped and not all survived the fall.

“Despite officials’ insistence that this is ‘humane,’ at least two turkeys died last year when they crashed to the ground in what was undoubtedly, for them, a terrifying fall,” one critic emailed the chamber.

The Federal Aviation Administration said it hadn’t been contacted by any pilots about making a run this year, as it had in previous years.

“FAA regulations don’t specifically deal with dropping live animals out of airplanes, so we have no authority to prohibit the practice. This does not mean we endorse it,” spokesman Lynn Lunsford said. “We sent an inspector to the first day of the event (last year) to verify that the drops were occurring where the pilot said they would. Based on that, we found no evidence to pursue an enforcement case.”

A woman filed a complaint this month with the local prosecutor in an effort to prevent the flights, but nothing has come of it. Bill Sadler, a spokesman for the Arkansas State Police, said his agency typically doesn’t work misdemeanor cases. Any investigation would likely occur after a flight, not before one.

“We have no jurisdiction to say you cannot put a turkey on an airplane,” Sadler said. 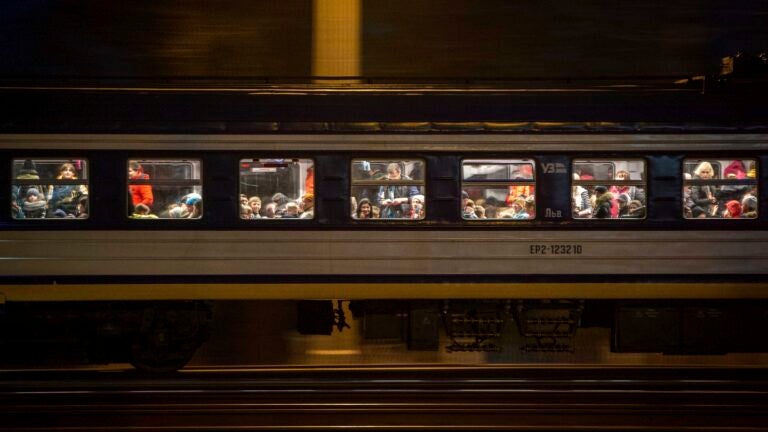