SANTA ROSA, Calif. — With towering flames bearing down, one victim delayed escape in hopes of saving his new truck — but he could not find the keys. An elderly couple slept as danger erupted, not waking until it was too late to flee down their one-lane road. Another couple, who barely missed their chance to drive away, huddled in a pool, surrounded by fire and choking smoke; he survived, but she did not.

As widely varied stories emerged of how people died in the wind-driven fires that have ravaged Northern California, the element common to each tragedy — and to many of the tales of people who got out alive — was how quickly it happened. Advance warning was measured in minutes or seconds, or never came at all. Hesitation was lethal.

“My dad’s best friend was calling and calling my parents, but they were completely asleep,” said Trina Grant, whose parents, Arthur and Suiko Grant, died at their hilltop property just outside Santa Rosa. “By the time my dad finally picked up and his friend said ‘You’ve got to get out,’ it was probably already too late.”

The confirmed death toll reached 33 on Friday night, making this the deadliest wildfire outbreak in California history, and the figure is likely to climb. Thousands of homes and businesses have been destroyed, hundreds of people who have been reported missing remain unaccounted for, and emergency workers have barely begun the grim work of combing through the blackened, smoking ruins of houses, cars, forests and businesses.

On Sunday night and Monday, 50-mph winds propelled the fires faster than people could run. Embers leapfrogged hundreds of yards, even jumping across Highway 101, six lanes wide, which ordinarily would have served as an ideal fire break.

Search and rescue teams from around Northern California converged on the incinerated remains of Journey’s End on Friday, a mobile home park for seniors in Santa Rosa. They came with shovels, rakes and a cadaver-sniffing Australian cattle dog named Seven.

They left with bone fragments.

These were among the first steps in a painstaking process of finding the missing and the dead, under unusually difficult conditions. The fires were so hot that car wheels made of aluminum — which has a melting point of 1,221 degrees Fahrenheit — turned into puddles.

“People have been cremated, for lack of a better term,” said Sgt. Ray Kelly, a spokesman for the Alameda County Sheriff’s Office, which has more than 40 experts helping in the forensic investigation. “Any DNA that was on the bones is gone — it’s consumed,” Kelly said.

At Journey’s End, technicians in bright orange and lemon yellow jackets raked through ash and fragments of household items. In the debris were the frame of a bed, the wire covering of a fan and magazines and books turned to ash that disintegrated when touched.

“This will be without a doubt the most complicated identification process this area has ever seen,” said Jim Wood, an expert in forensic dentistry who was helping identify bodies through dental records. Wood, who now represents the area in the state Assembly, also helped identify victims of the Sept. 11 attacks.

Officials have released names of about half of those confirmed killed; most were elderly, but not all. Christina Hanson, 28, who was disabled and used a wheelchair, died in her apartment in Santa Rosa. Kai Shepherd, 14, was killed in Mendocino County, trying to run from the fire.

Investigators search the rubble of Journey’s End, a mobile home park for seniors that burned in the week’s wildfires, in Santa Rosa.

By Friday morning, more than 221,000 acres statewide had burned in the spate of fires that started on Sunday, said Ken Pimlott, chief of Cal Fire, the state firefighting agency, including more than 150,000 acres in Sonoma and Napa Counties, north of San Francisco. The causes of the fires are still unknown.

Some survivors told of being roused Sunday night or early Monday by friends, or by police officers or sheriff’s deputies driving down their streets, honking or shouting through loudspeakers. But many said they got no official warning, or that one came too late.

Questions have been raised about the effectiveness of emergency alert systems in telling people to evacuate. Sonoma, Napa and other counties have alert systems that send text messages to mobile phones, but those warnings generally go only to the people who have signed up to receive them, and the fires knocked out cellular service in many areas.

The more aggressive “Amber Alert” system, with text messages and screeching alarms, can reach nearly every mobile phone in a region, but it was not activated on the night the fires broke out. Officials have said that they were concerned about setting off a panic and jamming roads.

The authorities described a chaotic scramble to evacuate residents from Santa Rosa amid thick smoke and flying embers.

Crum said he and his fellow officers drove up narrow driveways, blaring horns and sirens. He remembers repeatedly screaming, “Get out of here now!”

Some residents resisted. Some were in wheelchairs; he lifted them into his patrol car. “I said, ‘You are going to die if you stay here,’” Crum recounted. “We did the best we could with the time we had.”

The sheer speed at which the fire spread and jumped that first night also made it impossible to keep track of what was burning.

One of those killed, Michael J. Dornbach, 57, who lives in Southern California, was visiting relatives and friends who live in the rugged, wooded hills near Calistoga, in Napa County. “He was saying how beautiful it was and how he wanted to move here,” said his sister, Laura Dornbach, who was with her brother an hour before the fire, and then drove to her own home.

When the fire came Sunday night, “he didn’t want to leave without his brand-new pickup truck, and he couldn’t find the keys,” she said, her voice catching. “They were searching frantically, and everyone was begging him to get out. My son said ‘Uncle Michael, this is serious, we have got to get out, please!’ But my brother was a stubborn man. I’m just so confused that he wouldn’t leave. And I don’t understand why everyone else didn’t just drag him out.”

The others drove away, but minutes later, she said, her son, Robert M. Lee, 18, “drove up the mountain again to get him, but he got stopped by authorities.” The next day, Laura Dornbach got word that her brother was dead. 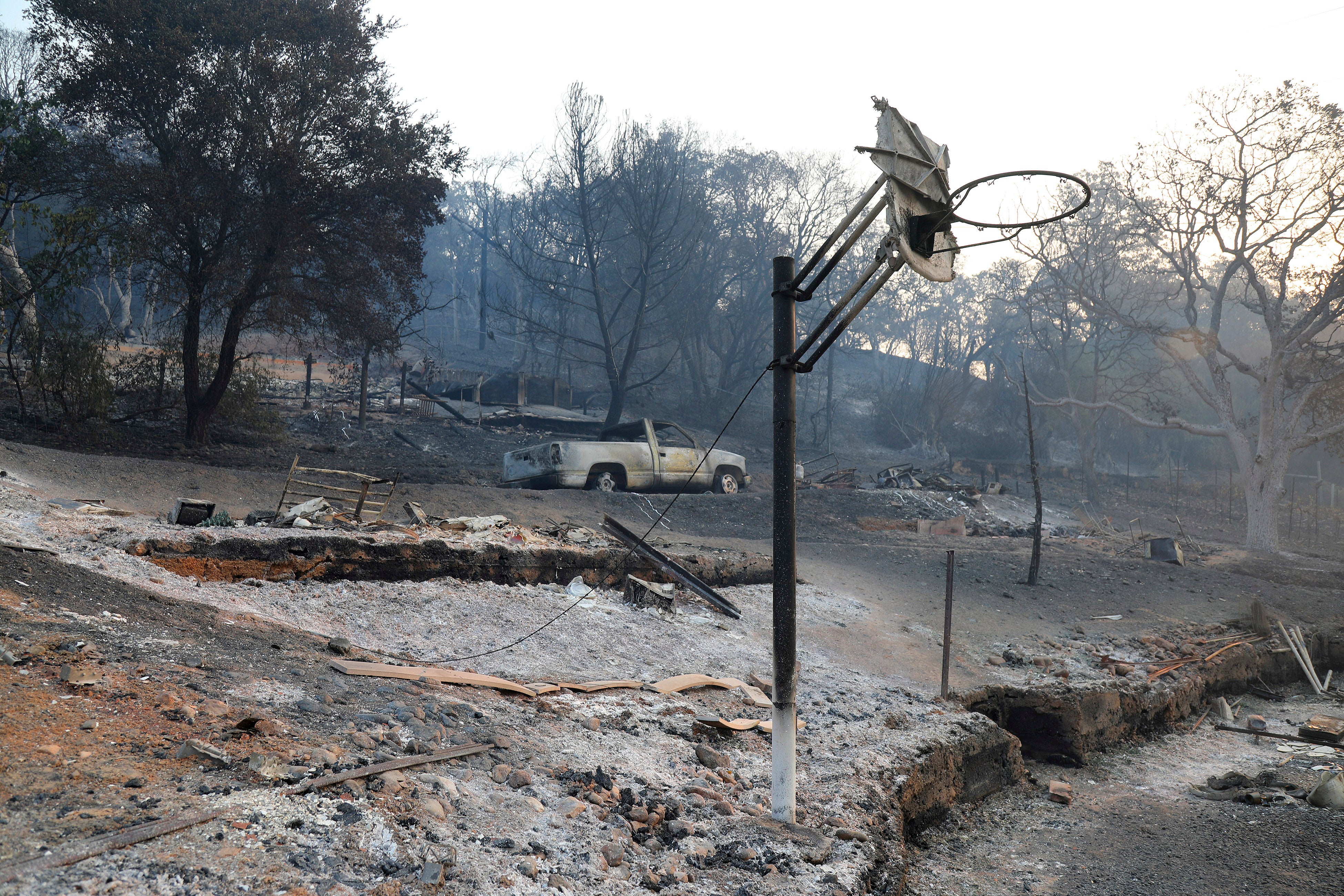 Smoke in a burned area off Warm Springs Road in Sonoma County.

Farther north, Sara Shepherd called her parents at 1 a.m. Monday to say that nearby hills were burning, so she, her husband, and their two children were evacuating their house in a remote area of Redwood Valley. “They didn’t think their lives were in danger,” said Mindi Ramos, Shepherd’s sister.

But the conflagration advanced so fast that they could not make it down their mile-long driveway before the flames closed in. They abandoned their car and fled on foot, scattershot, unsure where to go. The Shepherds’ son, Kai — a shy 14-year-old who liked baseball, wrestling and playing saxophone — died.

Shepherd, her husband, Jon, and their daughter, Kressa, were all seriously injured and still hospitalized on Friday, Ramos said. It was unclear whether they knew that Kai was gone.

Carmen and Armando Berriz, Southern California residents, had rented a house just outside Santa Rosa for a wine country getaway with their daughter, son-in-law and granddaughter. Awakened by noise, the group ran out in their nightclothes and piled into three cars to flee through blinding smoke.

The Berrizes, in the third car, never made it, their escape apparently blocked by a fallen tree, a family member said. They returned to the house and took refuge in the swimming pool, the flames raging around them for hours. Carmen Berriz, 75, died; Armando Berriz, 76, suffered burns and smoke inhalation.

Trina Grant, the daughter of Arthur and Suiko Grant, said her father, 95, and mother, 75, apparently got into their car and tried to leave, but it appeared that a fallen telephone pole and downed power lines blocked the sole, narrow route to or from their home. They hid with their dog in their wine cellar, where they asphyxiated as the fire, which burned their house to its foundation, consumed all the available oxygen.

“The only thing that makes me feel any better is that they didn’t burn alive,” Grant said. “And they were at least together.”

Doug and Tracy Hugill, of Santa Rosa, woke to the smell of smoke around 1 a.m. on Monday, and got an alert on their phones at 1:37 a.m. warning of fire. The alert did not say to evacuate, but they loaded their children and some belongings into their car.

At 2:09 a.m., another alert came, saying “EVACUATE THAT AREA NOW.” By then, the house behind them was ablaze, the streets were thick with smoke, flaming embers were landing around them, and neighbors were banging on doors, telling people to leave.

“By the time we got the push alert, the fire had crossed the freeway to our house,” said Doug Hugill, a systems engineer. “We had barely enough time to get out.”

On Friday more than 9,000 firefighters, using more than 1,000 firetrucks, more than 100 bulldozers and more than 100 aircraft — many of them supplied by other states and the federal government — were battling the fires, Pimlott said.

Though crews made some progress containing the blazes on Thursday and Friday, they continued to spread, with new neighborhoods added each day to the list of evacuation orders. Officials warned that dry, windy conditions expected over the next few days meant the flames could blow out of control again.

“Everyone needs to be thinking right now,” Pimlott said, “’What is my evacuation plan? What am I going to take with me? How am I going to get out?’ And be prepared to do that literally on a moment’s notice. Not a half-hour, not an hour — you need to be thinking about that in minutes.” 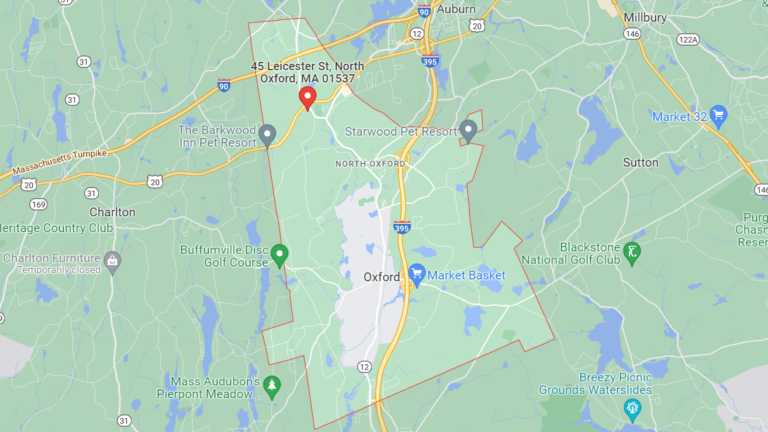