An activist who helped organize the Women’s March on Washington has accused an American Airlines pilot of racial discrimination in kicking her off a flight.

In a series of tweets and a Facebook Live post, Tamika Mallory said that a pilot had her removed from a Sunday flight from Miami to New York after she had a dispute with another airline employee over her seat assignment.

“Only reason this pilot got involved was to assert his white male power over who he thought was just some uppity black girl,” Mallory tweeted.

American said it apologized for mishandling Mallory’s attempt to move from a middle seat to an aisle seat, but it denied the heart of her accusation.

“The American team does not tolerate discrimination of any kind,” said spokesman Ross Feinstein. “This was about de-escalating a situation onboard the aircraft.”

The crew decided that the best thing to do was rebook Mallory on the next flight to New York’s LaGuardia Airport, and Mallory took that flight home, Feinstein said.

Mallory said that she used an airport kiosk to upgrade her seat, but when she tried to board the plane, an employee tore up her boarding pass and gave her another — with her original middle seat. American said there was an error in the seating process, because the seat that Mallory requested was not available.

The gate agent was unable to explain the error, and Mallory accused the agent, a black woman, of failing to treat her with respect.

One of the pilots got involved at the end of the confrontation, Mallory said, asking her if she could behave herself once on board the plane.

After going to her seat, Mallory was called to the front of the plane, where she was met by several employees and was told she was being removed.

Some other passengers who photographed Mallory on the plane said that she cursed and was abusive to crew members. On Facebook Live, Mallory did not dispute that, but said she only lost her composure when it was clear that she was being kicked off.

Mallory and her lawyer scheduled a news conference on Tuesday.

Tomorrow I will stand with my attorney, Royce Russell, and Mysonne, who was also removed from the American Airlines flight. Other leaders and electeds will join.

The activist has used social media before to accuse American Airlines of mistreating African-Americans.

In March, she tweeted that she noticed a trend on American: “Black folks in #firstclass feeling disrespected by the staff. Happened to me recently”. Another said that black women were “having problems” with American flight attendants.

Mallory has been active in women’s rights, civil rights and other issues. She was co-chair of the Women’s March on Washington, which took place the day after President Donald Trump’s inauguration in January. 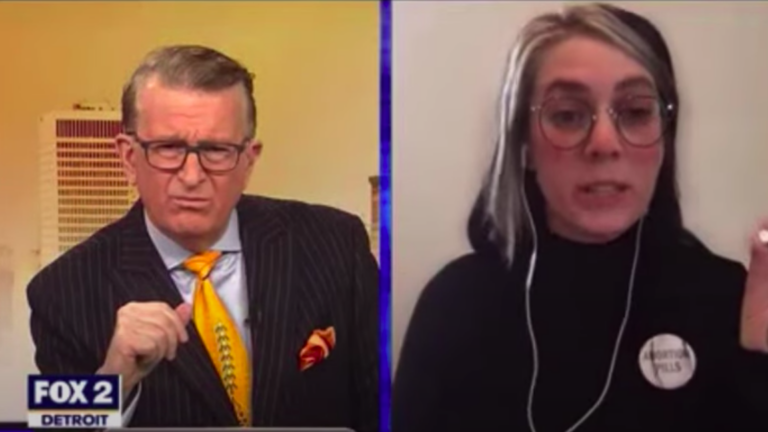 'This is going to end a pregnancy': An activist claims she took an abortion pill on live TV