WASHINGTON (AP) — The ultra-wealthy, especially those with dynastic businesses — like President Donald Trump and his family — do very well under a major Republican tax bill moving in the Senate, as they do under legislation passed this week by the House.

Want to toast the anticipated tax win with champagne or a beer — or maybe you’re feeling Shakespearean and prefer to quaff mead from a pewter mug? That would cheer producers of beer, wine, liquor — and mead, the ancient beverage fermented from honey. Tax rates on their sales would be reduced under the Senate bill.

On the other hand, people living in high-tax states, who deduct their local property, income and sales taxes from what they owe Uncle Sam, could lose out from the complete or partial repeal of the deductions. And an estimated 13 million Americans could lose health insurance coverage over 10 years under the Senate bill.

Some winners and losers:

— Wealthy individuals and their heirs win big. The hottest class-warfare debate around the tax overhaul legislation involves the inheritance tax on multimillion-dollar estates. Democrats wave the legislation’s targeting of the tax as a red flag in the face of Republicans, as proof that they’re out to benefit wealthy donors. The House bill initially doubles the limits — to $11 million for individuals and $22 million for couples — on how much money in the estate can be exempted from the inheritance tax, then repeals it entirely after 2023. The Senate version also doubles the limits but doesn’t repeal the tax.

Then there’s the alternative minimum tax, a levy aimed at ensuring that higher-earning people pay at least some tax. It disappears in both bills.

And the House measure cuts tax rates for many of the millions of “pass-through” businesses big and small — including partnerships and specially organized corporations — whose profits are taxed at the owners’ personal income rate. That’s potential cha-ching for Trump’s far-flung property empire and the holdings of his daughter Ivanka and her husband, Jared Kushner. The Senate bill lets pass-through owners deduct some of the earnings and then pay at their personal income rate on the remainder.

— Corporations win all around, with a tax rate slashed from 35 percent to 20 percent in both bills — though they’d have to wait a year for it under the Senate measure. Trump and the administration view it as an untouchable centerpiece of the legislation.

— U.S. oil companies with foreign operations would pay reduced taxes under the Senate bill on their income from sales of oil and natural gas abroad.

— Beer, wine and liquor producers would reap tax reductions under the Senate measure.

— Companies that provide management services like maintenance for aircraft get an updated win. The Senate bill clarifies that under current law, the management companies would be exempt from paying taxes on payments they receive from owners of private jets as well as from commercial airlines. That was a request from Ohio Sens. Rob Portman, a Republican, and Sherrod Brown, a Democrat, whose state is home to NetJets, a big aircraft management company.

Portman voted for the overall bill. Brown opposed it.

— An estimated 13 million Americans could lose health insurance coverage under the Senate bill, which would repeal the “Obamacare” requirement that everyone in the U.S. have health insurance. The projection comes from the nonpartisan Congressional Budget Office. Eliminating the fines is expected to mean fewer people would obtain federally subsidized health policies.

— People living in high-tax states would be hit by repeal of federal deductions for state and local taxes under the Senate bill, and partial repeal under the House measure. That result of a compromise allows the deduction for up to $10,000 in property taxes.

— Many families making less than $30,000 a year would face tax increases starting in 2021 under the Senate bill, according to Congress’ nonpartisan Joint Committee on Taxation. By 2027, families earning less than $75,000 would see their tax bills rise while those making more would enjoy reductions, the analysts find. The individual income-tax reductions in the Senate bill would end in 2026. 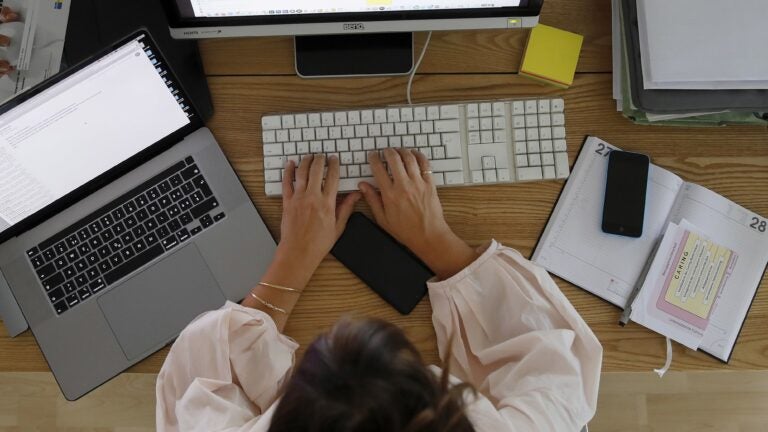 Everyone is quitting. Here’s the right way to do it.