Perhaps Starbucks isn’t the only coffee chain with employees who could use some anti-bias training.

Dunkin’ Donuts says a controversial cash-register sign at one of the Canton-based company’s locations in Baltimore has been removed after it was called out by people on social media.

The sign was first spotted Monday morning by Gillian Morley, a news producer for WBAL-TV, the local NBC News affiliate in Baltimore. It directed customers at the West 41st Street restaurant to report any employees heard “shouting in a language other than English.” The store’s general manager offered customers a coupon for free coffee and a pastry in return.

This sign is being displayed at a @dunkindonuts in Baltimore. General manager posted a sign asking customers to report employees not speaking English. Even offering a reward. #shocking pic.twitter.com/1kUr0lcYuY

WBAL-TV reported Monday that they called the number listed on the sign and reached a man who said he was a former general manager at the store and had put up a similar sign in the past.

However, Morley’s photo of the sign resulted in a online uproar as national news outlets picked up the story and social media users criticized the sign as xenophobic. Some even threatened boycotts.

when should we expect the “Buy One Donut Get One Free…If You’re White” promotion? and will it be a national thing or just this store?

@dunkindonuts you need to stop this or prepare to be boycotted

According to the U.S. Census Bureau, approximately 9 percent of Baltimore-area residents speak a language other than English in their homes. Nationally, that rate is more than 21 percent.

In a statement posted Tuesday morning on Twitter, Dunkin’ Donuts said the sign was posted by the franchise’s general manager “based on her own personal judgment to ensure standards are being met.” However, the franchisee “determined her approach was inappropriate and confirmed the sign has been removed,” the company said.

Dunkin’ Brands has stated in the past that it is committed to “creating an inclusive workplace” for its employees and “building a stronger and more diverse workforce through inclusion.” The company, which is 100 percent franchised, also partnered with the NAACP in 2016 on a diversity in franchising initiative. 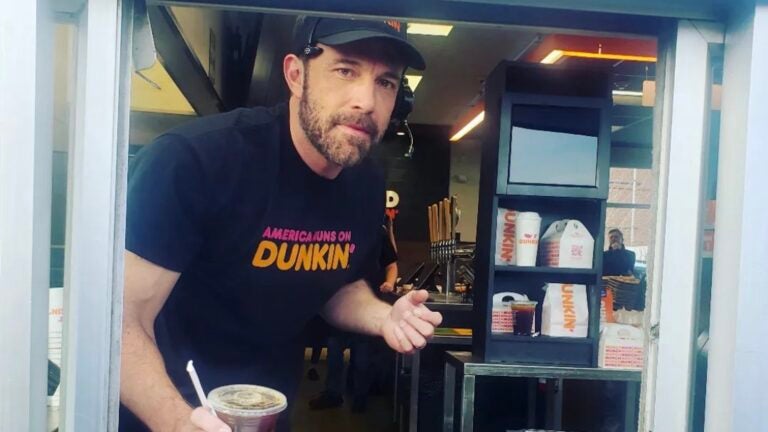